The Death of Klinghoffer Ends Its Run at the Met Although I'd already seen the Met Opera's acclaimed new production of John Adams' The Death of Klinghoffer, I felt compelled to see it once more on Saturday afternoon, the eighth and final performance. I'm glad I did: aside from having another opportunity to hear the brilliant Met Orchestra and Chorus, it gave me a chance to cheer Adams and director Tom Morris when they made a surprise appearance during curtain calls. I won't soon forget the roar of the crowd when Adams came out onstage: it's not every day you get to cheer a composer after a performance of his masterpiece, one which will - protests be damned - outlive us all. 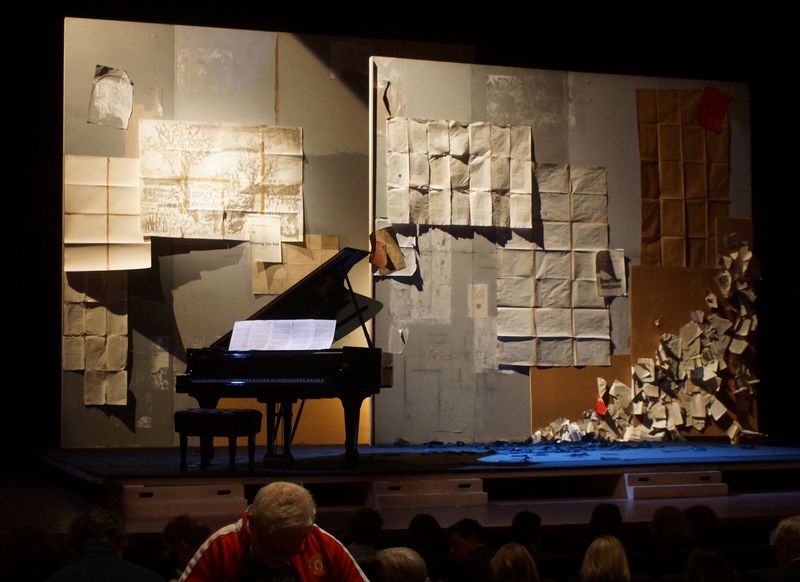 For my money, there is no more arresting singer in the world today than Matthias Goerne: the German baritone I first discovered as Jesus in Bach's St. Matthew Passion, which he performs seemingly at the edge of sanity. And, it is impossible not to be moved by the work of William Kentridge, the South African illustrator whose films not only fill museums and galleries, but have provided stunning backdrops for both opera and concert music.

But some ideas work better on paper than in execution, and Tuesday's performance of Schubert's somber song cycle Winterreise - which closed this year's edition of the White Light Festival - didn't gel in the way one would expect of such accomplished artists. Winterreise is set to texts by the German poet William Müller, tracing the psychedelic wanderings of a man who has been jilted by his lover. Bitter and despairing, he leaves her house and wanders a snowy path by the river where they once spent time together. His tears freeze on his face. A crow circles ominously above. In the end, he encounters a man playing a hurdy-gurdy and asks if he can go along with him.

When he was commissioned last summer by the Aix-en-Provence Festival, Kentridge didn't create an original film for Winterreise, but rather threw together a pastiche of his prior work from the past two decades. With one or two accidental exceptions, the films he chose had no connection to the songs they accompanied. Although Kentridge says this was a deliberate choice - he says he wanted to "escape the tyranny of meaning" - in the end they were little more than an irritating distraction. Indeed, Kentridge seemed more focused on childhood memories of listening to recordings of Winterreise in Johannesburg than in illuminating Schubert and Müller's masterpiece. 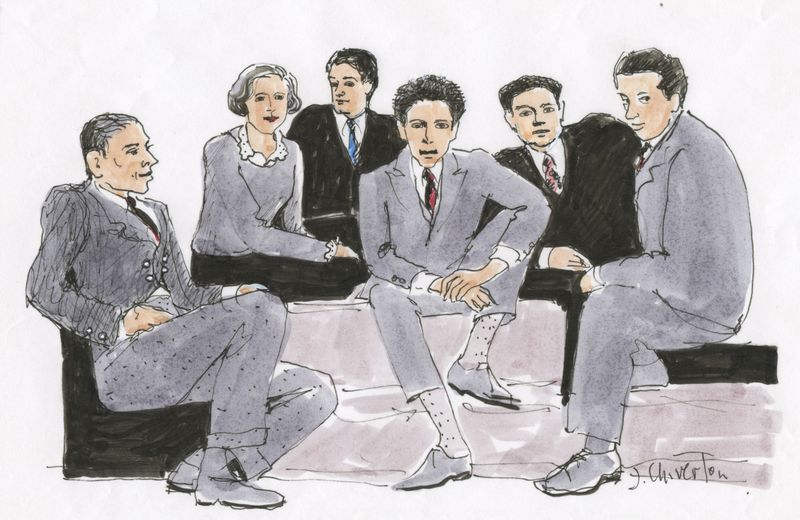 Ah, the music of the French: Je t'aime. Something about it has always moved me -- from the work of Ravel and Debussy, to the contemporary film scores of Yann Tiersen. But despite some peripheral familiarity, I've overlooked a little group of French composer rebels known as "Les Six," who lived in Montparnasse around 1920 and wrote music in reaction to Wagner and Debussy.

I visited Bargemusic Thursday night for the Brooklyn Art Song Society's second installment in their "Les Six" series, devoted to the work of Darius Milhaud. Bargemusic is not only a great place to hear music, but an experience unto itself as the ferry rocks back and forth with the waves of the East River. You also get good acoustics, an inviting wooden interior, and a great view of Manhattan as a backdrop to the performance.

The Brooklyn Art Song Society, now in its fifth season, specializes in poetry set to music. Artistic Director Michael Brofman accompanied soprano Justine Aronson on Milhaud's Chansons de Ronsard, Op. 223. Aronson's clear tone and sublime expressiveness lent itself beautifully to the music. While technically demanding, the real magic to this music is in its expressiveness. Whispering softs and belting louds abound. Alternatively playful, humorous, and startlingly sad, Milhaud's work takes you on an emotional rollercoaster. A personal favorite was "Tais-toi, Babillarde" ("Be still you noisy little thing"), a lightning-fast tongue twister of a tune.

Opera In the Live Music Capital of the World: Austin Opera's "A Masked Ball" 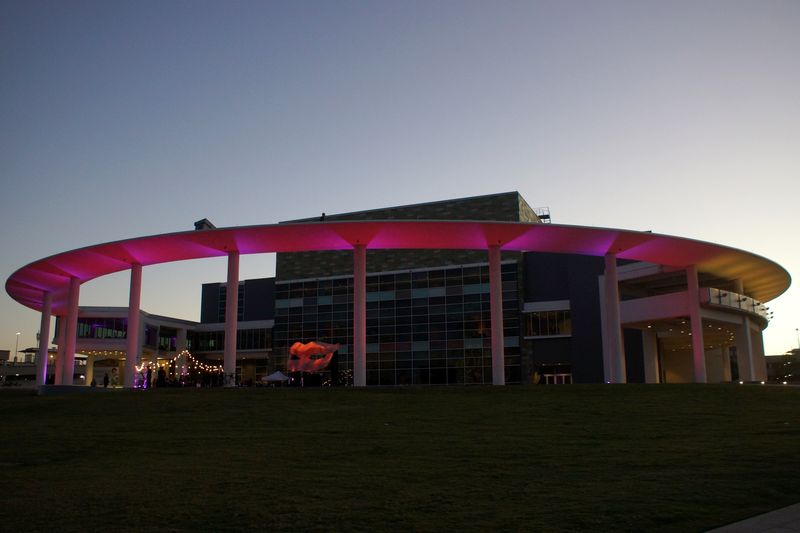 AUSTIN, TX - Opera is an expensive venture, with administrators at even the most established companies struggling to find ways to make ends meet. This is especially true in mid-sized markets, which often need to resort to importing productions from other opera companies while somehow keeping ticket prices affordable.

The Austin Opera, which opened its 28th season on Saturday night at the Long Center with a new production of Verdi's A Masked Ball, has struggled to live up to it's namesake city's reputation as "The Live Music Capital of the World." Case in point: singers at a pre-performance reception on the Long Center's terrace were nearly drowned out by the blaring rock, metal and hip-hop from the Fun Fun Fun Fest, just 100 hundred yards away.

Fortunately, the music didn't penetrate inside the Long Center's Dell Hall, which looked to be about 2/3 full from my seat in the front of the orchestra. Surrounded by patrons in formal evening wear, I felt a bit out of place in jeans and a sweater that barely concealed my FFF wristband. Suffice to say, I didn't see any other wristband-wearing patrons in the house.

Continue reading "Opera In the Live Music Capital of the World: Austin Opera's "A Masked Ball"" »