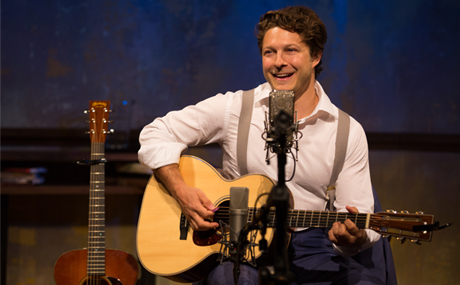 NOTE: This contest has ended

The Lion, the gripping, autobiographical solo show written and performed by Benjamin Scheuer, will play an extended engagement Off-Broadway from February 3 to March 29th. The run follows an award-winning run at the Edinburgh Fringe Festival and sold-out productions at the Manhattan Theatre Club and London’s St. James Theatre.

Scheuer uses not one or two, but six guitars to tell a story of the redemptive power of music in his life. The show is a NY Times critic's pick and the NY Daily News called it "an irresistible winner...deeply moving."

Enter for your chance to win* courtesy of with FoM by:

*date of attendance is subject to availability. 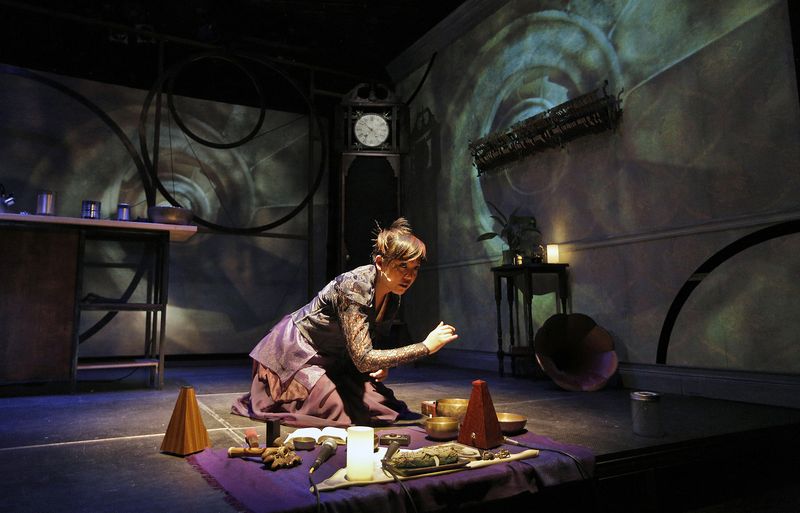 If you could videotape and then three-dimensionally play back for an audience one of your recent dreams, it might look like Bora Yoon’s Sunken Cathedral, presented at La Mama last week as part of the ongoing Prototype Festival.

Yoon is fascinated with the subconscious, the hidden side of us that lurks below our everyday awareness yet nonetheless influences who we are in our waking lives. In a voiceover early in the show, Yoon says: “The architecture of the mind is an infinite space.”

Deliberately sharing the same title as a prelude by Claude Debussy (“La cathédrale engloutie”), Sunken Cathedral is not an opera, nor a concert, nor a work of musical theater. It does feature, among other things, a violin, Tibetan bowls, empty tin cans, a metronome (from Yoon’s childhood, we are told), and hand clapping. There is also Yoon’s marvelous ethereal singing, which is worth the price of admission alone.

Accompanying the music were gorgeous surrealist projections featuring the kinetic sculptures of South Korean artist U-Ram Choe. There was also dancing and drumming by Vong Pak, dressed in a Korean folk costume, a long ribbon snaking from the top of his hat (known as a sangmo).

Yoon has described herself as a “sound artist,” and during a Q&A after the Saturday matinee performance, director Glynis Rigsby spoke of how the show was put together over the last several years more like a painting than anything else, arranging colors and shapes in sound. 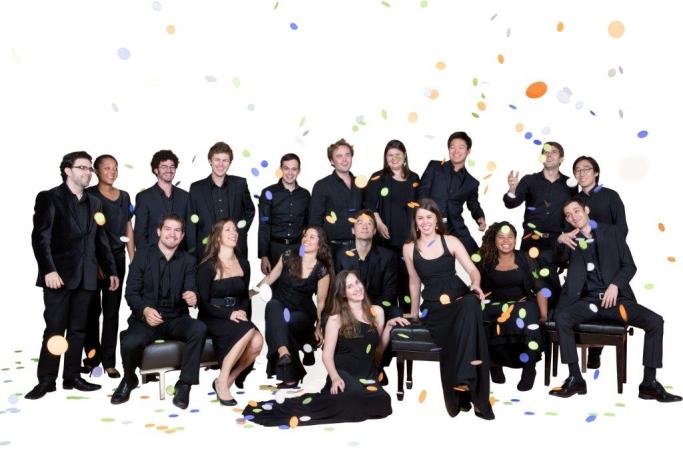 “The new face of classical music for New York … these performers have the musical goods,” said The New York Times. Ensemble ACJW'S fresh, open minded approach to music heads downtown to one of the East Village's newest performance spaces, SubCulture, next Thursday, January 22nd at 7:30pm.

The evening will include works by John Adams, Reena Esmail, Arvo Pärt and more. Grab a drink and take it all in with a pair of free tickets courtesy of FoM!