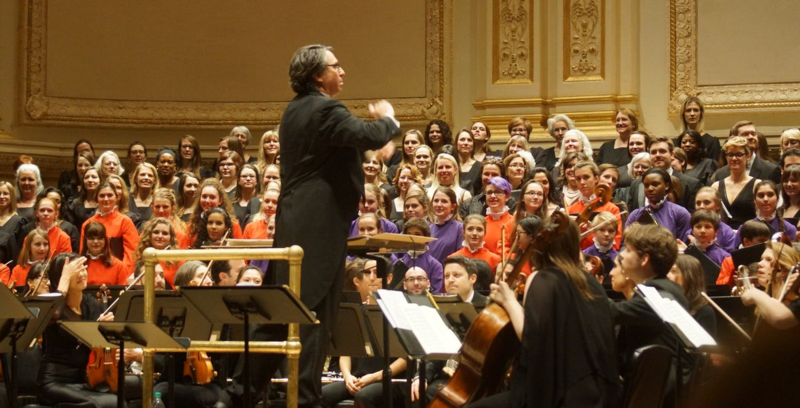 Preview: The "Big" Concert with Ives and Ginastera at Carnegie Hall

You might want to bring earplugs for this one.
On Saturday night, Trinity Choir director Julian Wachner brings some 300 musicians uptown with him to Carnegie Hall for what is being billed as "The Big Concert", pairing Alberto Ginastera's modern-day Passion setting Turbae ad passionem gregorianam with Charles Ives' monumental Symphony No. 4. Neither of these massive works get performed very much around these parts, mostly due to the massive forces required: two full choirs, two children's choirs, full orchestra and soloists. Fortunately, Wachner has all of these at his disposal: in addition to the Trinity Choir, he leads The Trinity Youth Chorus, The Washington Chorus, The Washington National Cathedral Choir of Boys and Girls, and NOVUS NY.
Tickets, which range from $15-$120, can be purchased at the Carnegie box office or online.
(Hint: Use the code TWS20847 to get a 50% discount.) 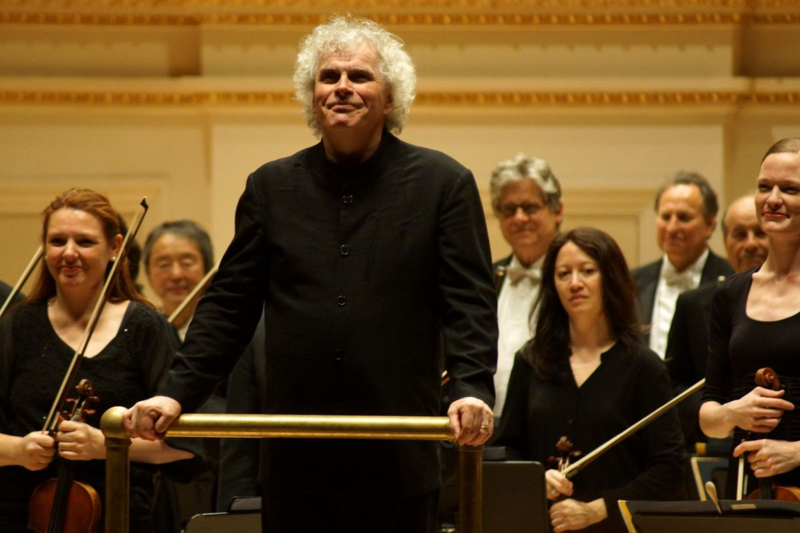 (3/3/15): As nice as it was to think about, Rattle has accepted the London Symphony Orchestra's offer to become their next music director, starting in 2017.

It's almost unbelievable to think about, but speculation has been been slowly building that Simon Rattle, Chief Conductor of the Berlin Philharmonic, could actually become the next music director of the New York Philharmonic, replacing Alan Gilbert who has already announced his departure at the end of his contract in 2017. Aside from being one of the world's most engaging and dynamic conductors, Rattle's arrival in New York would be a major game changer, completing the balance shift of leading music directors to this side of the Atlantic and establishing New York as the go-to city for classical music in this country (as if it wasn't already.)

Still, there are almost as many reasons why Rattle wouldn't accept the NY Phil job as why he would. Among them:

Reasons Why He Would:

Reasons Why He Wouldn't:

What do you think? Will Rattle embrace the opportunity of putting his stamp on America's oldest orchestra - much as Seidl, Mahler, Toscanini, and Bernstein did before him - or will he balk at the too-numerous obstacles? Share your thoughts below.