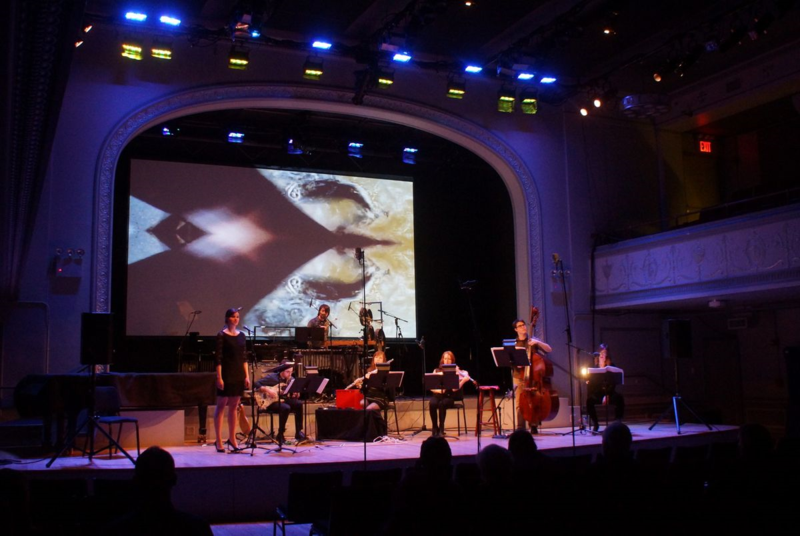 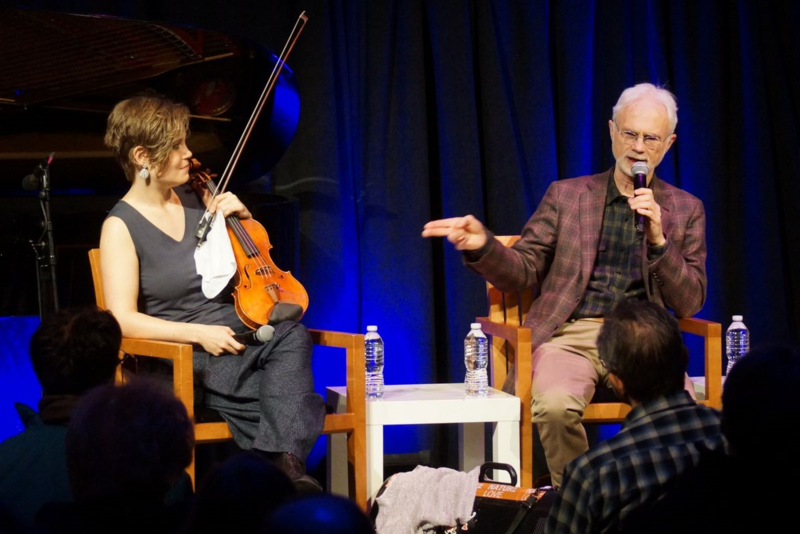 If what I heard Monday night at the David Rubinstein Atrium is to be believed, everyone needs to run out and pick up a ticket for one of the NY Phil's subscription concerts this week. Because, after a somewhat pedestrian all-Russian first half, Alan Gilbert will lead the Phil in the world premiere of John Adams' Scheherezade.2 with violinist Leila Josefowicz, a longtime proponent of Adams's music. The 45 minute work, which Adams calls "a dramatic symphony for violin and orchestra," is significantly larger in scope than either of Adams' previous works for violin and orchestra: the Violin Concerto (1993) and The Dharma at Big Sur (2oo3). Indeed, the work is so big, it will take up the entire second half of the program.

"You have to be very, very prestigious," Adams writes in the program notes, "like Beethoven's Emperor concerto or a Brahms piano concerto to take over the larger spot in the program. But, that's what I wanted to write."

Inspired by the classic tale of the Persian queen who saves her life by telling her murderous king one story each night for 1,000 nights - the ".2" refers to Rimsky-Korsakov's symphonic poem of the same name - Adams spoke about wanting to illuminate the darker, more sinister aspects of the story, in which he sees modern-day parallels in the way women are abused and oppressed around the world, particularly in the Middle East. Adams sent his first draft to Josefowicz on New Year's Day 2013, and the two have been working on it together ever since. "Collaboration," Adams said, "is the cruelest thing two people can do to each other, outside a double axe murder-suicide."

Josefowicz - who, remarkably, says that she's memorized her solo part - said that Scheherezade.2 is "such a big journey, such a huge range of emotions to try to pull off. I will never see music quite the same way again." (Josefowicz opened Monday's event with a typically tight performance of Adams' Road Movies with pianist John Novacek). For someone who has already contributed more to the modern orchestral canon than almost any other living composer, this sounds as if it might just be Adams' ultimate achievement.

Cole Quest and The City Pickers at The Living Room

Like many other Manhattan expats, The Living Room recently relocated from it’s legendary Lower East Side location to Williamsburg, Brooklyn. But, this venue known for featuring some of NYC’s best and brightest roots musicians hasn’t skipped a beat.

On a cold Monday night, Cole Quest and the City Pickers brought their down-home bluegrass to keep us warm. Fronted by the black cowboy hat-wearing Quest on dobro, they played a balance of traditional bluegrass tunes and clever originals. Quest's “Buy Me Back Barry” talked of old time cowboys sitting at the saloon, begging their bartender for another round. Being the City Pickers, the bartender in question was located in Astoria, Queens, cementing a mix of tall tales and modern troubadours.

The band captivated the audience with passionate singing, tight arrangements and a contagious energy you need to experience to truly understand.  Christian Apuzzo (Guitar/Vocals) and Margaret Mug (Upright Bass/Vocals) - both from NYC’s exploding bluegrass scene - shined in “A Good Woman’s Love,” while Douglas Goldstein’s blistering banjo lines seemed to explode from his resonator.  The red overhead lights seemed to turn purple as Matheus Verardino’s harmonica brought forth a roar of blues.

In a world dominated by automation and technology, the tradition of acoustic music in NYC is not only alive, but thriving. Bluegrass in particular seems to have warmed the hearts of music lovers throughout the city with it’s approachable melodies, familiar themes and virtuosic musicians.

Cole Quest and the City Pickers play every other Monday at The Living Room, with their next show on 4/13. More info here.