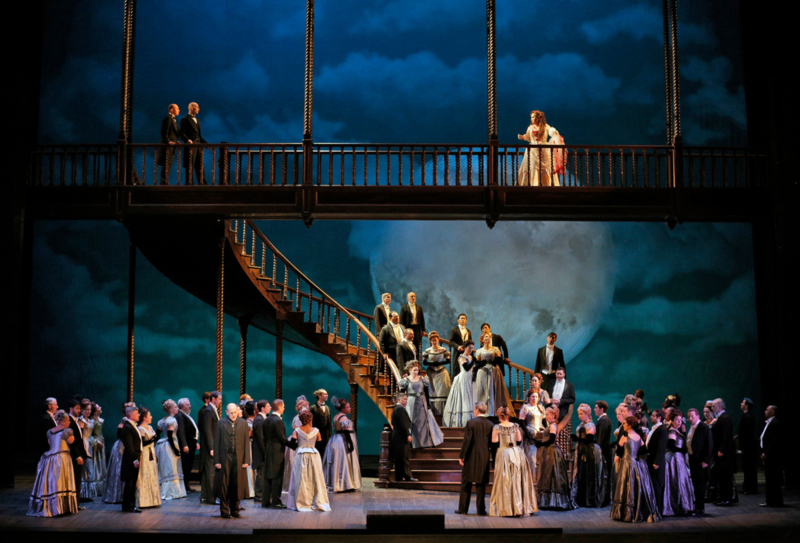 The Metropolitan Opera’s current production of Gaetano Donizetti’s Lucia di Lammermoor doesn't really show up on stage until the third and final act, but when it does, scoot up to the front of your seat and listen closely, because there are some scintillating vocal fireworks about to come your way.

The plot is simple, if not very interesting. Lucia Ashton is tricked (via a forged letter) into thinking her true love Edgardo has found another woman, and then is forced by her brother Enrico to marry Arturo, a wealthy man she does not love, as a means to preserve her family’s fortunes. But hold on: she then psychotically flips out and murders the poor sap Arturo, on their wedding day. So maybe this will prove interesting after all....

One problem early on is that while the staging by Daniel Ostling is majestic, and poetically lit by T.J. Gerckens, it is way too outsized for the simple human interactions of the story. After all, even the grandest love stories are between just two people--but here the characters seemed crushed by their larger-than-life setting.

When you attend a show by a world renowned contemporary string quartet, you expect to hear music that's both bold and original. That's exactly what I got when I heard the Kronos Quartet last Saturday at Carnegie's Zankel Hall. The quartet's reputation certainly precedes them: over the past 40 years, Kronos has not only taken the string quartet to exciting new places, but they perform with powerful emotion - often underscored by arresting visuals - that make for a highly satisfying concert experience.

First on the program was Merlijn Twaalfhoven's "On Parole", a piece originally composed for trio but reworked for quartet earlier this year. The Dutch composer's concept for the piece was to create a harmonic unity between the players without the use of traditional harmonic lines -- at least at the start. The result was indeed a loose and free sound, with the players finally finding a steady pulse several minutes in. And, as a special treat to the audience, forty young members of the Kaufman Music Center's Face the Music joined in on stage. 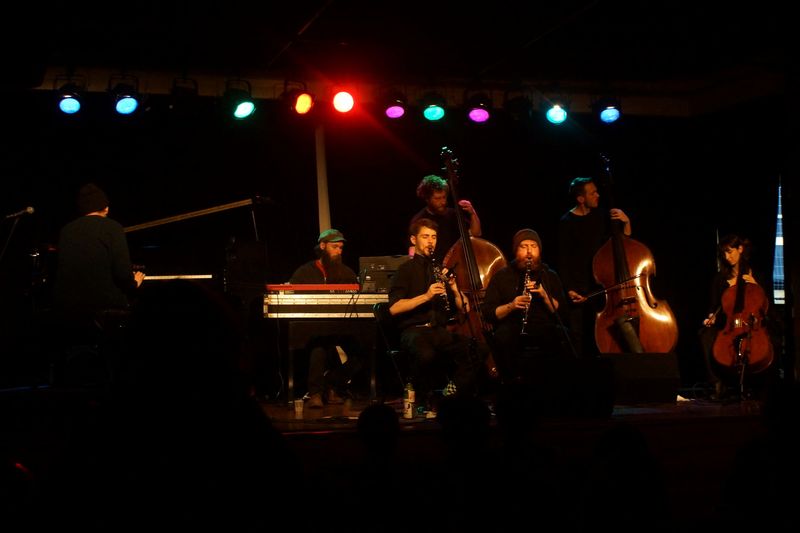 Where do you file a band that blends electronics with string and wind instruments in a soft, hazy, occasionally ecstatic vibe? Indie? Ambient? New Music? David Moore, the pianist and creative force behind Bing and Ruth, likes to call it "quiet music." For music that seems custom built for a cozy evening in front of the fireplace (or whatever you might have in fire-code-happy NYC), it was impressive to see Littlefield packed this past Friday night with so many close listeners - including more than a few snuggling couples.

"I think this is the latest we've ever played," Moore said from the stage while introducing the seven-piece band. (Opening was Christopher Tignor, who sang over his own violin and electronics à la Owen Pallett.)

After not having heard Bing and Ruth in these parts since 2009 - David has been busy playing in Langhorne Slim's band - the set was both a trip down memory lane and all-too-short. Fortunately, I'll get to see them again in two weeks down in Knoxville, Tennessee, during the fourth Big Ears Festival. What's that, you say? Check out this lineup. 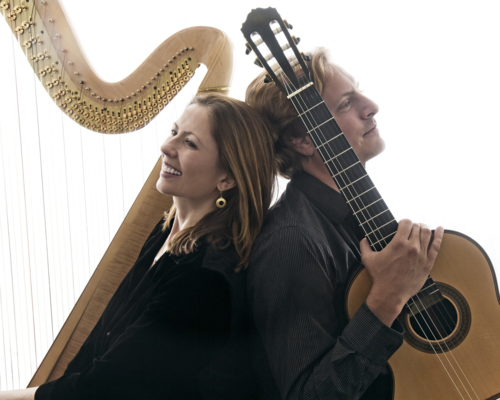 The first question that may come to mind when considering the possibility of a guitar/harp duo is: is there any actual repertoire for that? Answer: not really—but anyone curious about the pairing need only look as far as guitarist Jason Vieaux and harpist Yolanda Kondonassis’ performance at the 92nd Street Y last week.

The two faculty members at the esteemed Cleveland Institute of Music are on a mission to present new repertoire for this unusual instrumentation and, on a greater level, challenge the view in popular culture of both instruments. Despite becoming a core tenant of the orchestra, the harp still largely exists in our collective imaginations as the chosen instrument of painted cherubs and Harpo Marx. The guitar, meanwhile, tends to be associated with the likes of Jimmy Page and Jimi Hendrix, rather than Andres Segovia.

Despite the program being designed to demonstrate just how sympathetic the two stringed instruments can be to each other, each performer also played a solo piece—Vieaux played Roland Dyens' arrangement of A Felicidade by Antonio Carlos Jobim and Kondonassis played Carlos Salzedo's Chanson dans la nuit. Displaying an expert's control of the harp's cloudy resonance in favor of discernible melodic outlines in Maximo Diego Pujol’s Suite Magica, she brought a special tone and touch, explicating the rhythmic vitality of the work.