Robin Eubanks & Mental Images with Corey Glover at the Iridium 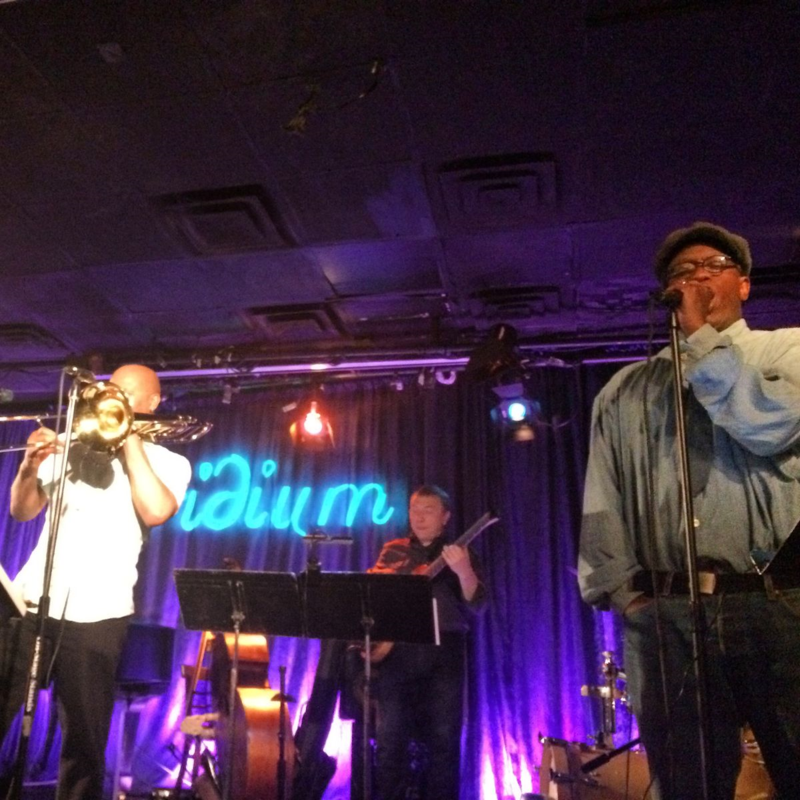 One of my favorite things about jazz music is just how malleable the genre actually is. It encourages extensive creative expression and experimentation without limits. The only "rule," is to break the rules. Trombonist Robin Eubanks presented a show at the Iridium this week that bent the jazz genre in a fun and funky way, and he did so with a laid-back style all his own.

Eubanks opened the show with a lengthy, soulful solo that more than demonstrated his prowess on the instrument, but he played with that kind of tasteful restraint that mainly comes from maturity. He kept things spiced up with plenty of self-controlled laptop-based effects -- mainly delays and distortions -- which gave it a bit of a hard-rock edge. Occasionally, Eubanks would tap out a little groove on electronic drum pads, too. Fitting, as the show was in part promoting his 2014 release Klassic Rock, Vol. 1, a collection of classic rock covers done in a jazzy style. Eubanks, along with his quartet, Mental Images, played a fast and fluid unnamed jazzy opener before a segue into something slower and lush. The group's talents were on full-display.

Mumford & Sons Stopover with "Gentlemen of the Road" in Seaside Heights 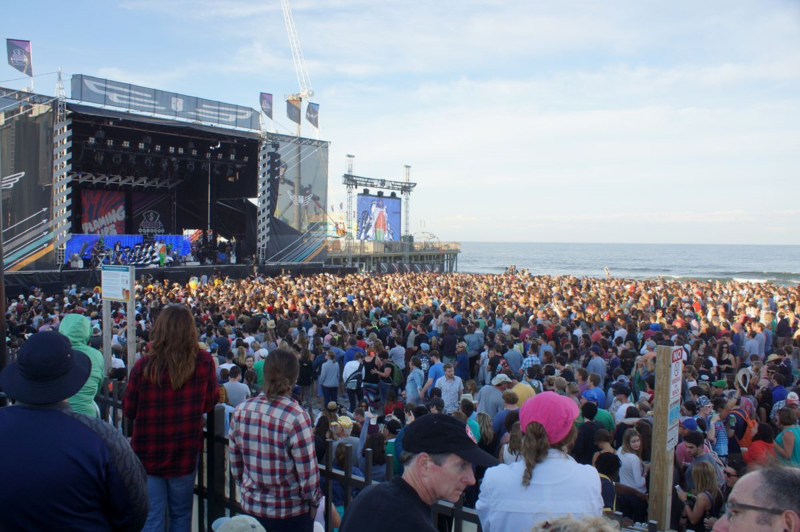 Last week, I was starting to regret not going to this weekend's Bonnaroo in Manchester, TN, mostly because Mumford & Sons, who canceled their scheduled appearance when I attended two years ago but canceled due to bassist Ted Dwayne's emergency brain surgery, are back on the bill this year. But, life has a funny way of working out, and when I arrived at my parents' Jersey Shore house last Friday for a family reunion, everyone was asking me if I'd heard about Gentlemen of the Road.

"It's Mumford & Sons new festival. They and a bunch of other bands are playing in Seaside Heights this weekend."

I pulled out my laptop, went online and saw that, yes, Mumford & Sons would be playing Saturday night on a stage set up directly on the beach, right next to the boardwalk where I'd ridden the Tilt-a-Whirl and played Skee Ball as a kid, literally three miles from my parents' house. And, tickets were still available. A quick StubHub search, and before long I had purchased a wristband for well below face value. I was giddier than a kid with a fistful of arcade tickets.

"Joan of Arc at the Stake" at New York Philharmonic 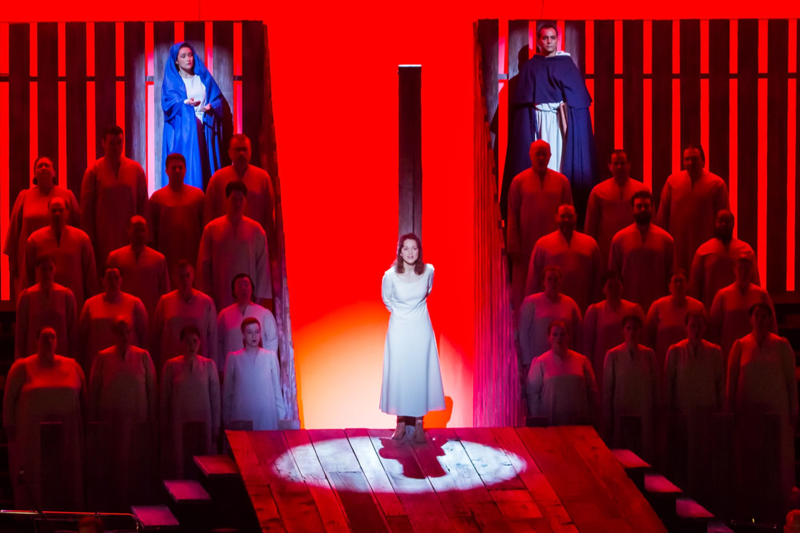 Oratorios are a tricky business. On the one hand, it can seem unsettling for a symphony orchestra to present an oratorio, which has a great deal of purely spoken dialogue not accompanied by music. And yet, because the drama is usually more suggestive than explicit, there is often not enough “action” for an opera company to produce it without it seeming skimpily staged. (Peter Sellars' St. Matthew Passion with the Berlin Phil was a rare exception to the rule.)

The New York Philharmonic’s final production of the season is Swiss composer Arthur Honegger’s 1930s oratorio, Joan of Arc at the Stake (Jeanne d'Arc au Bûcher). This week's four performances have all been sold out for some time, presumably thanks to the presence of Academy Award-winning actor Marion Cotillard in the title role. Cotillard is spellbinding as Joan, the young “Maid of Orleans” who led France to victory in an important battle of the Hundred Years’ War, only to be captured and burned alive at the stake. Watching Cotillard's performance on Wednesday, I knew I was in the presence of something very special.