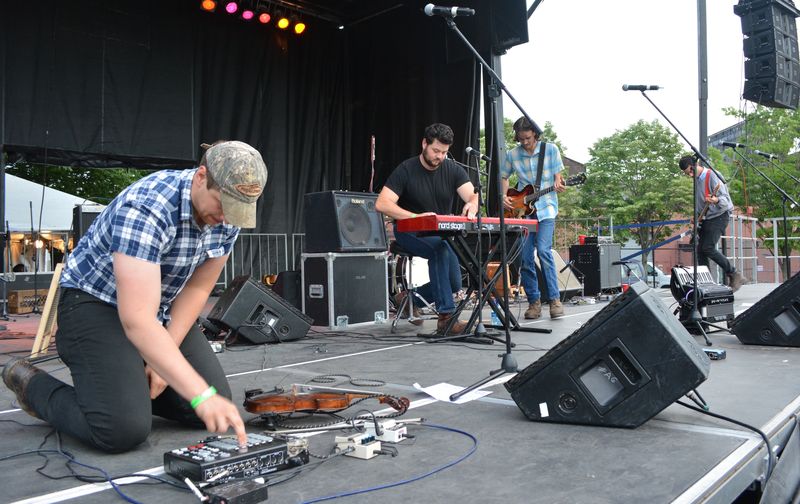 Last Thursday, The Felice Brothers took the stage at Brooklyn's Red Hook Park to kick off this year’s Summerstage. (See my conversation with James Felice here.) Under the shadow of the Port Authority Grain Terminal, they showed off their unique sound to a crowd of devoted fans, onlookers and some local residents who were excited for a free show.  The only thing that didn’t deliver was the weather, as apparently mother nature did not get the memo that summer is officially here.

Their set featured some fan favorites including “Whiskey In My Whiskey,” a hard stomping ode to the simple solution to heartbreak and pain. “Meadow of a Dream” showed off their simple and powerful lyrics with a connection to classic Americana stories. But the Felice Brothers are far from just a traditional folk rock band. Their writing has a simple elegance, with a sharp cut at truth.

Vocalist Ian Felice is a throwback to the classic frontmen of true rock and roll: captivating, mysterious, and tragic. With roots in rock and roll and a willingness to try anything, The Felice Brothers used a variety of instruments to create their unique musical aesthetic: fiddle player Greg Farly took a step back in time to double on washboard, then almost seamlessly switched to synthesizer pad.

In the past, the Felice Brothers have called Brooklyn a second home, and this evening certainly felt like a homecoming.  The band, who famously cut their teeth as subway performers, quipped about their transition from bar band to Summerstage. “Last time we were in Red Hook, we played a gig at the Bait and Tackle bar!” 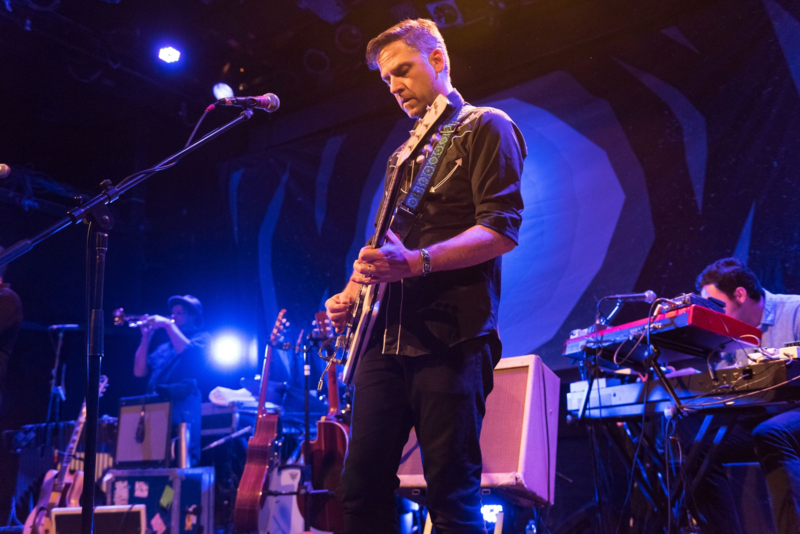 The Arizona-based band Calexico was in the city on Sunday and Monday nights at the Bowery Ballroom as the last stop of a US tour before jetting off to Europe for much of this summer. Many of the songs they performed were from their most recent full-length album, Edge of the Sun, but over the course of the set they delved back into their early albums as well, all of which have been received well critically.

Calexico has been around for 20 years now, and they remain true to their Southwestern sound, a mix of indie rock, mariachi, norteno, and Latin jazz, depending on the mood of any one song. Band leaders Joey Burns and John Convertino have been supported by different musicians over the years, and the current line-up is first rate, lending support on steel guitar, baritone guitar, ukulele, double bass, piano, accordion, and trumpets. Not to mention cow bells, tambourines, and assorted other percussion. 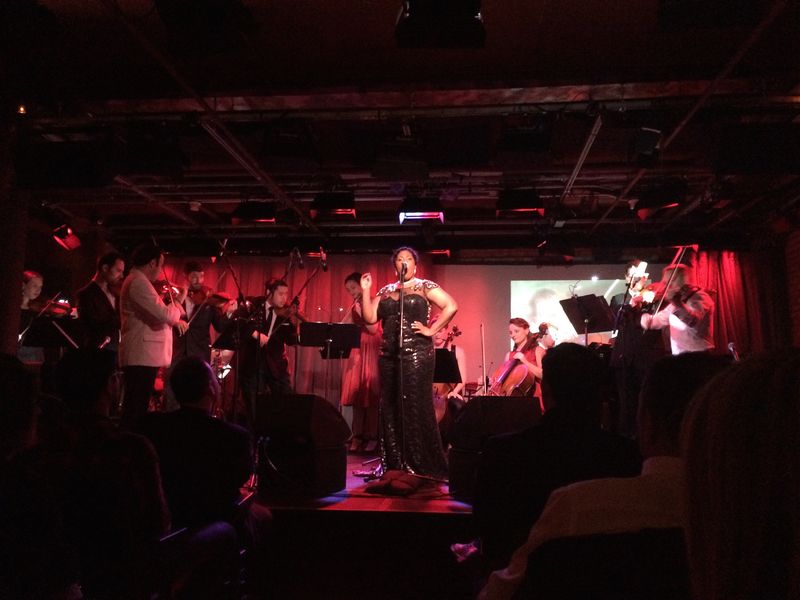 The Highline Chamber Ensemble, which typically performs in lofts, bars, and studios throughout NYC, played to a packed SubCulture on Tuesday with a dynamite show that crossed genres from tango, to musicals, to jazz standards. In the process, they made me throw away all of my preconceptions of what a chamber music concert is supposed to be.

The group brands themselves a "conductorless orchestra," with a full string section, piano, and drum kit. They opened with a lush, jazzy mashup of the standard "Nature Boy" with RJD2's "A Beautiful Mine," better known as the noir-ish trip-hop theme from the TV show "Mad Men." It was a strikingly effective blend, both harmonically and in terms of mood. It was performed by Karen Marie, a powerful songstress with major stage presence and vocal qualities reminiscent of Ella Fitzgerald. Marie also fronted the group for a lush arrangement of Billie Holiday's "Crazy He Calls Me."

All of the ensemble members are classically-trained, which became apparent in Astor Piazzolla's "Four Seasons of Buenos Aires." The work, inspired by Vivaldi's Four Seasons, incorporates elements of the tango; the ensemble played with both great precision and furious energy. Violinists Bela Horvath and David Lisker alternated as featured soloists, each delivering confident and awe-inspiring performances. 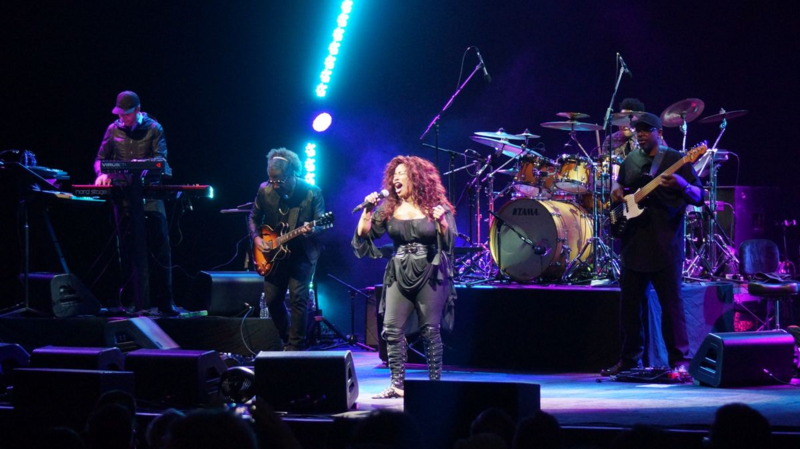 The full season lineup is available on the BRIC website. More pics on the photo page.