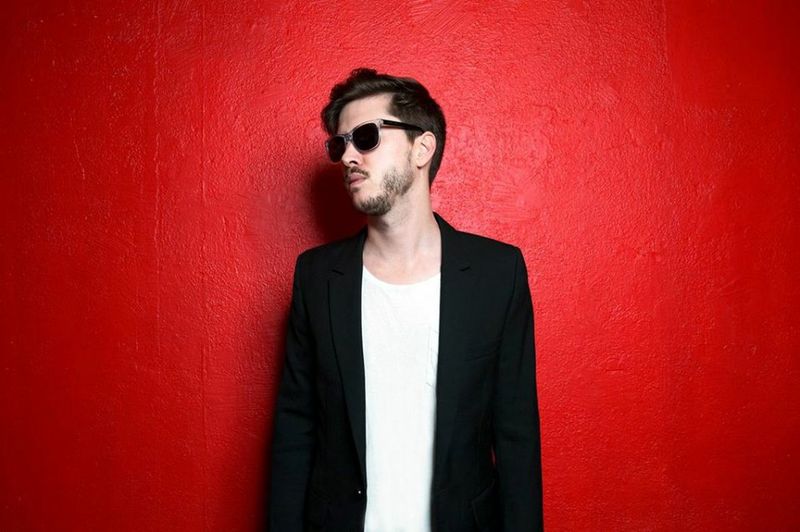 As the bassist for Australian synth-poppers Cut Copy, Ben Browning has been a part of the some of the most effervescent dance music of the last decade. Next Thursday, June 30th at (Le) Poisson Rouge, Mr. Browning strikes out on his own with the debut of his live set up and DJ sets from Moullinex, Ayer, and Powerslug DJs.

Catch the show with a pair of free tickets, courtesy of FoM.
For your chance to win: 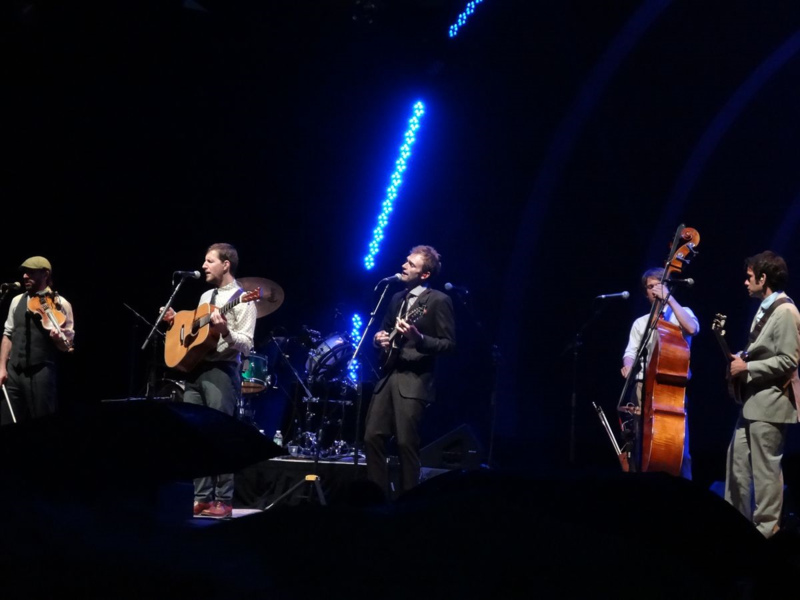 Although the weather gods could not be appeased Thursday night by the sounds of bluegrass (as banjo player Noam Pikelny joked), the crowds certainly were as the Punch Brothers put on a striking performance at Celebrate Brooklyn under heavy rain and lightning.

Playing selections from their latest album “The Phosphorescent Blues”, the band played with an incomparable warmth and energy, effortlessly weaving through flawless vocal harmonies and virtuoso instrumentals. Always-entertaining lead singer and mandolin player Chris Thile took every opportunity to dance around, most notably during “Next to the Trash” where Thile stumbled around on stage as if he were conducting an orchestra while drunk.

Thile’s singing was unsurprisingly brilliant, stretching the upper and lower limits of his range without ever compromising his intonation or personality; his voice, like his mandolin, was bright and vibrant. Especially beautiful was his take on Debussy’s “Passepied”, which the audience reacted to by wooing, cheering, and screaming - a reaction rarely heard during classical performances. 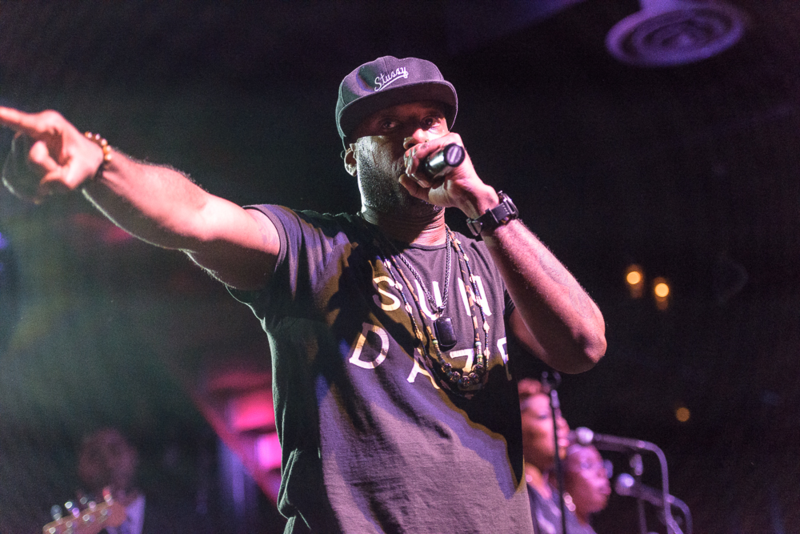 Brooklyn’s own Talib Kweli, a star in the world of hip hop for almost a generation now, brought his expanding hip hop universe to Brooklyn Bowl for two nights last week, spotlighting some of the talent now recording for his new independent music label, Javotti Media. As Kweli turns 40 years old this year, he clearly has plans to continue having an impact beyond his own recording career by supporting young, up-and-coming talent.

On Thursday, the music kept coming for four hours, so the sold-out crowd definitely got its money’s worth. First up was MK Asante, who rapped stories from his best-selling memoir Buck (published by Random House) about growing up on Philadelphia’s tough-luck streets, to find his place now as a professor of creative writing at Morgan State University. 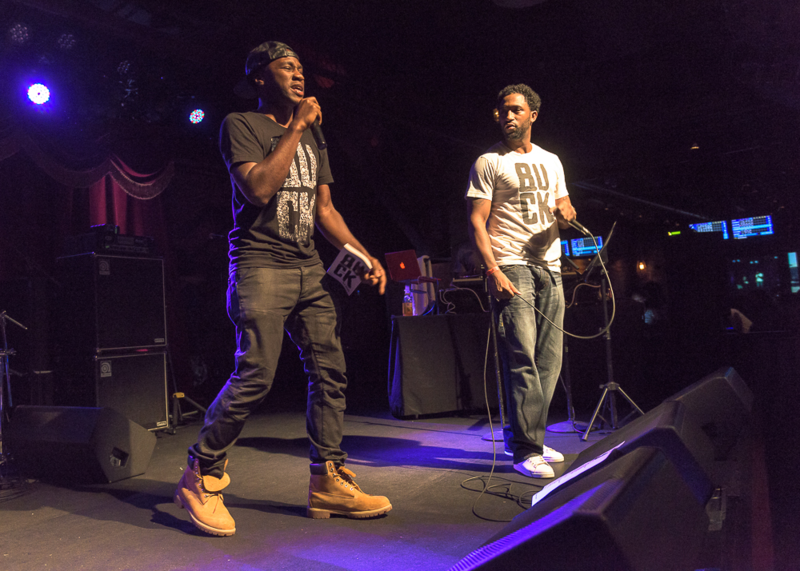 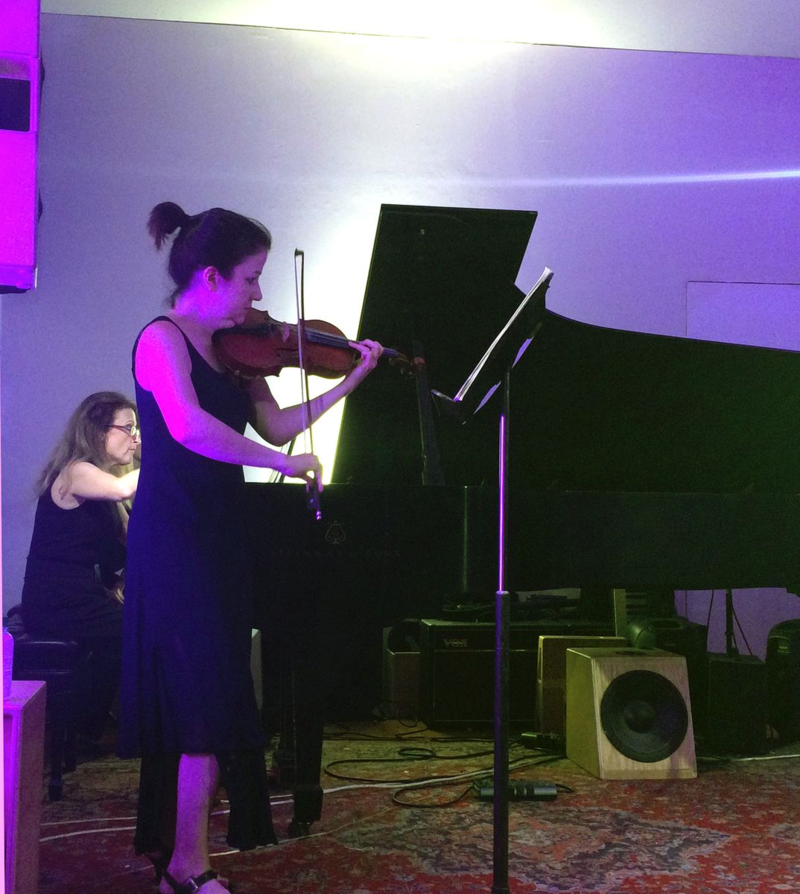 Stepping into Spectrum in Lower Manhattan is like stepping into a modern-day composer's living room. CDs line one wall, books the other. There are plenty of comfy couches, and even a dedicated beer fridge. It's worth seeing a show there just to say that you have.

Last week, violinist Sarah Plum stopped by Spectrum and performed a set of recent works, with a little aid from a pianist and a computer. Plum demonstrated her dedication to precise and thoughtful playing right from the get-go with Andrew List's "Suite for Solo Violin" (2001). It was atonal, sometimes jarring, but often thought-provoking. Intended as an homage to the Russian Futurism movement, it set a bleak musical tone for the evening.

Sidney Corbett's "Archipel Chagall 1" (1998) and Christopher Adler's "Violin Concerto" (2014) each offered additional showcases for Ms. Plum's abilities. Extended techniques, harmonics, and occasional pizzicato were scattered throughout: it seemed that the notes that weren't played were almost as important as the ones that were. No ferocious Vivaldi-like violin runs here, but rather music that was a bit more contemplative and harder to chew.

Pianist Francine Kay joined Plum for Bela Bartok's Piano Sonata No. 2. Unquestionably the highest point of energy in the program, the work builds beautifully from its folksy motifs into an explosion of heavy, strained violin riffs. The piece, completed in 1922, far pre-dates anything you might call rock music, but there were sections towards the end I was certain sounded like power chords from an electric guitar.

The program ended with the highly entertaining "Il Prete Rosso" (2004) by Charles Nichols, with live recording and looping effects that played back through surround-sound speakers. The result was hypnotic and mesmerizing.