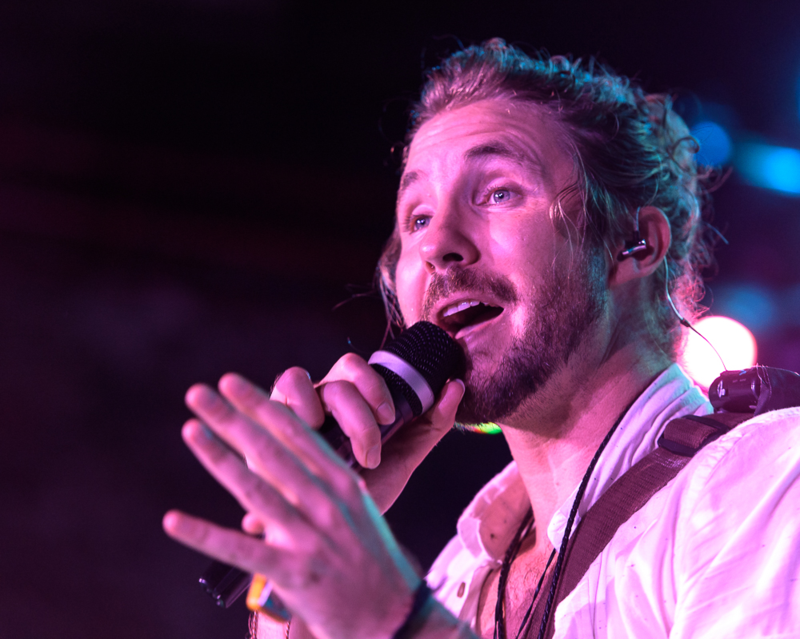 Last Friday, Jeremy Loops played Brooklyn Bowl on the final night of a U.S. tour aimed at introducing this South African folk singer from Cape Town to American ears. Over the last few years, Loops has garnered a solid reputation in his homeland as a first-rate live act, earning him invitations to several worldwide festivals.

Loops isn't Jeremy's real surname, but a stage name he adopted based on his use of a loop pedal board to create layers of sound as a one-man band. Loops creates a beat with his mouth, plays it back through the loop pedal, then layers on top a chorus, harmonica and guitar - all of which plays under his own distinctive singing. This DIY approach was developed over the course of a number of years working on yachts in the Mediterranean after graduating university, alone in his cabin, creating his own musical world on the high seas.

These days, Loops plays regularly with two other musicians from South Africa, rapper Motheo Moleko and saxophonist Jamie Faull, so he technically doesn’t need to use the loop board to make it sound as if he has a full band. But, he still uses it to build a rich layered sound, recording samples from his bandmates and adding them into the mix. At this show, they were also joined by Mr Sakitumi on electric bass. (I couldn’t tell if that was his real name or a play on the old “Laugh-In” line, “Sock it to me.”) 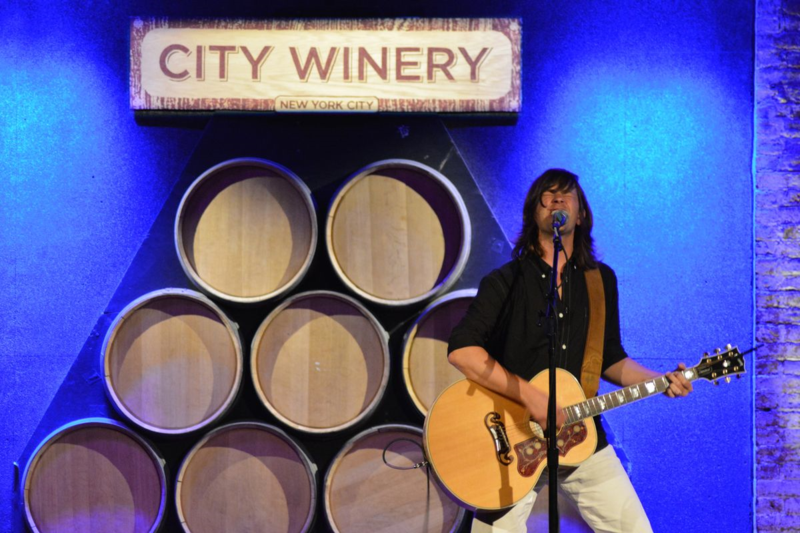 Last week, Old 97’s frontman Rhett Miller came to City Winery to celebrate the release of his newest album “The Traveler." Miller recorded the album last year in Portland with members of Black Prairie, who have an eclectic energy and sound that perfectly complements Miller’s songwriting style.  On this evening, Rhett performed a solo set featuring songs from the new record as well as fan favorites from Old 97's.

Armed only with his Gibson Jumbo and a microphone, Miller has the ability to capture an audience and keep them locked in all night. He played with the unbridled enthusiasm of a young singer-songwriter just making his mark on the scene, but as he reminded us, “we’ve been doing it longer than you’ve been alive, twenty good years of about twenty-five.” Maybe it’s the Rhett Miller Cabernet available at City Winery that keeps this lifelong rocker ageless, or all of the whiskey he likes to sing about.

You can tell the mark of a great songwriter when longtime fans are most excited to hear the newest tracks, and are already singing along. “Fair Enough,” seemed to echo an all-too familiar thought: “A little would suffice, but me, I want too much.”  Couples sipped wine and cuddled up close during “Question,” a fan favorite telling the story of a couple embarking on an engagement.  In classic alt-country style, Miller followed up with “Wish The Worst,” a tale of a broken hearted man begging all the world’s misery on the one he loves who doesn’t seem to love him back.

Miller will be on the road this summer and fall performing with The Old 97’s, but be on the lookout for a return to City Winery before the end of the year. Peter Oundjian and The Orchestra of St. Luke's at the Venetian Theater

A standard orchestra program pairs a short piece by a contemporary composer with a large scale Romantic symphony. Often, the short piece is a dense tone poem or an academic exploration. But Christopher Theofanidis’s Making Up for Lost Time, which opened last Saturday's season-opening program at Caramoor, the bucolic Westchester estate, went for more pleasant summertime fare.

Theofanidis’s piece was the first of three world premieres this summer at Caramoor, which is celebrating their 70th anniversary season. Though not a virtuosic showpiece, there were impressive subtle rhythmic shifts and luminous passages performed by the Orchestra of St .Luke’s, who are themselves celebrating their 40th Anniversary season. Perhaps aware of his place on the program, Theofandis steered clear of epic themes and gestures. Instead, his piece looked inward, examining how time is perceived within a piece of music: how a listener hears it, and how that sense of time can be manipulated.

The work featured cascading arpeggios and a genial sparkle in the high hat, both of which become rhythmically displaced, leaving the audience pleasantly disoriented. This gave way to a pastoral second movement that seemed to draw heavily on the widely spaced chords and fiddle-inspired dance music of Aaron Copland. 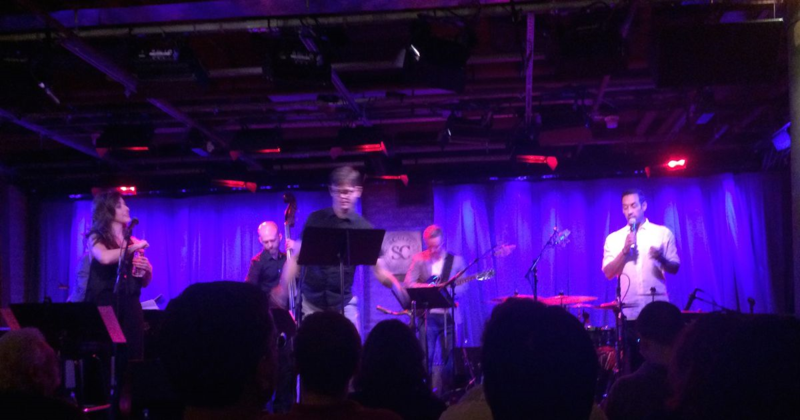 Within moments of the start of Antonio Sanchez's set at SubCulture last Friday, it was not only clear that his drum chops reign supreme, but that he is a commanding, dominating force to be reckoned with. Rarely have I seen a performer with such precise focus and control over his band and instrument.

The program consisted solely of Sanchez's "Meridian Suite," lasting about an hour and performed without pause. Right from the first tune, "Grids and Patterns," the group established a hypnotic atmosphere in which the musical format was inverted: the band played a repetitive figure, freeing Sanchez to perform a variety of highly syncopated, sparkling drum fills that ruled the stage and seized the focus.