"You Us We All" at the Brooklyn Academy of Music 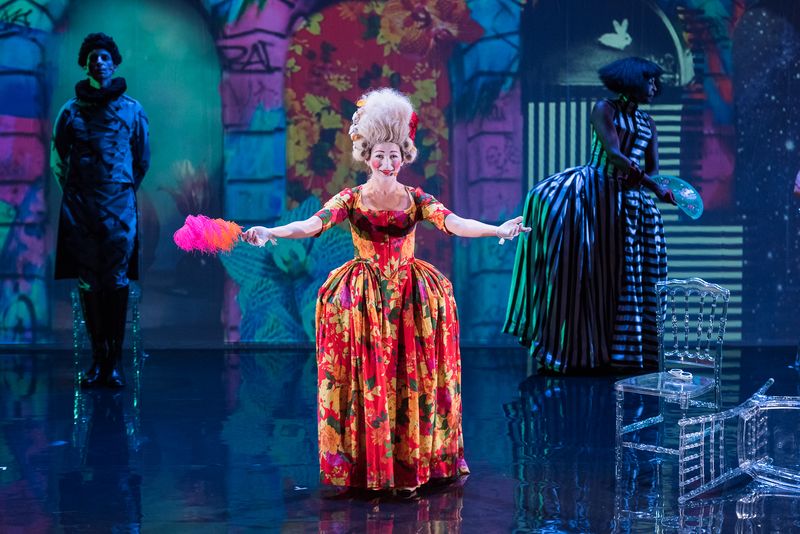 Shara Worden has done it again. Best known as the lead singer of My Brightest Diamond, Worden brought her new faux opera You Us We All last weekend to the BAM Harvey Theater. Based on the frivolous court masques of the seventeenth-century, You Us We All fuses ideals from the Baroque and the modern day, in a way that's both varied and eccentric.

The opera, which was directed by Andrew Ondrejcak, showed its quirky face from the time upon one’s entrance into the theater -- its narrative does not “begin,” but instead gives the feeling that it's already been happening and is only continuing for an audience to participate in. Its set is modest, having only a fairly vacant (but shiny) stage with lucite chairs placed in a disheveled manner, a screen with the words “Thee” and “Nd.” written on it, and a man in his underwear and a white ruff laying face down on the ground. (He is "Time", a humorous drunkard played by Carlos Soto.) Its futuristic appearance, characterized by a multitude of images on a display which resembled a Mac computer monitor, gives no hint to a specific location -- instead presenting the illusion of a place in which no time or space passes. Thus, location is less specific than metaphysical, a "place" in which all human emotion is centralized.

The five performers were meant to embody five ideals: Love (Martin Gerke), Death (Bernhard Landauer), Hope (Worden), Virtue (Helga Davis), and Time (Carlos Soto). But the names were mostly arbitrary. The songs each sang did little to illustrate his or her nature. The great delight of the show was Ms. Worden herself: her voice is a glorious and supple instrument that stimulates the pleasure center of the brain like an intravenous blast of endorphins.  When she sang a series of coyly couched songs to pop icons such as Beyonce, Britney Spears, and Mariah Carey—eliciting simultaneous smiles and groans from the audience—there was nothing to be got from them, except mild amusement.

Christine and the Queens at Webster Hall To an English-speaking audience, the name Héloïse Letissier (le-TISS-ee-ay) was probably destined to drop to the bottom of the sea. But, reimagined as the semi-alliterative Christine and the Queens, Ms. Letissier has surfed across the Atlantic on a perfect wave of media hugs and kisses from Spin, The New Yorker, Pitchfork, and others, who have heralded not only her brightly appealing dance pop, but also her gender-bending persona, often dressing in men’s-style suits.

Touring this fall in support of Marina and the Diamonds, Christine and the Queens headlined the Grand Ballroom at Webster Hall on November 11, playing to a sold out audience including a sizable French-speaking contingent. Technically speaking, Christine and the Queens is not a group, but a solo project. But Ms. Letissier tours with others—in this case, two dancers, a guitarist, and a guy on keyboards and electronics. She likes to run back and forth on the stage, moving in a manner that reminds some people of Madonna-style vogueing.

Ms. Letissier is an extremely beguiling performer. She's a bit goofy, a bit romantic, screams, whimpers, and throws herself headlong into every song. In her own words, she is your weird cousin who sits at the end of the table during dinner, playing with her fork. Her English is flawless, which should help her bypass the resistance some Americans have toward Continental Europeans.

Continue reading "Christine and the Queens at Webster Hall" »

"Hagoromo" at Brooklyn Academy of Music 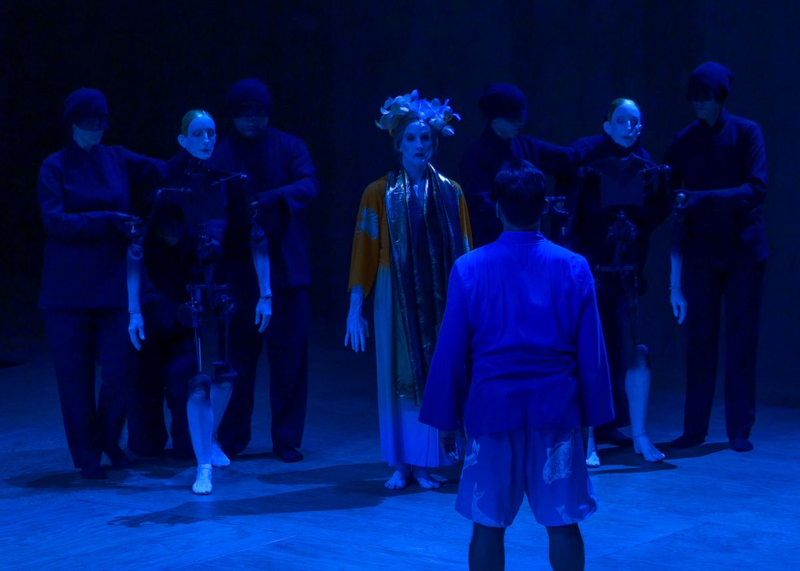 Part theater, part dance, part chamber opera, Hagoromo, which played last week to sold-out houses at BAM’s Harvey Theater, is based on a centuries-old Japanese legend that is a staple of Noh theater. It is a slim story about grand themes, partly about the ephemerality of beauty and art, and partly about the spirituality of the mortal versus the eternal.

Developed by America Opera Projects and directed by David Michalek, the production gathers together dancers, musicians, singers, and puppeteers to form a multi-art whole. At the center of it all is retired New York City Ballet (NYCB) principal dancer Wendy Whelan as the tennin. The work was created by Michalek specifically for her (they are married). The fisherman was performed by another NYCB principal dancer alum, Jock Soto.

But, dance aficionados expecting City Ballet fireworks from two such eminent ballet luminaries as Whelan and Soto, could not help but be a little disappointed by a production adhering closer to Noh traditions than to the flights of Balanchine. There was much graceful movement to be sure, but little of what could be described as dancing, even at the climax of the story when the tennin performs her celebrated celestial dance for the simple fisherman.

Kacey Musgraves at The Apollo Theater 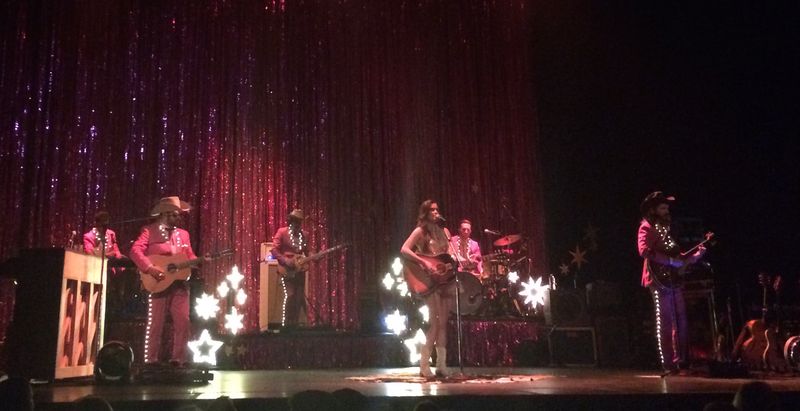 Last Saturday, Kacey Musgraves became the first country artist to headline the famed Apollo Theater.  This historic event was met with the style you’d expect of an event described as a "Country and Western Rhinestone Review."  The audience was on their feet singing along the entire evening, while her back-up band, “The Runner-Ups,” rocked pinked suits with light-up fringe.  If you’re going to be the first country act at the Apollo, you might as well do it right.

After an electric opening set from Sugar and the Hi-Lows, Musgraves opened with “Pageant Material,” the title track off her latest record.  Mingling classic country themes with a down-to-earth modern outlook, Musgraves' witty lyricism (“Mind your own biscuits and life will be gravy”) and absolute command of the stage made you think for a moment that you were sitting in Nashville's Ryman Auditorium. That is, until she covered TLC’s “No Scrubs.”

Her song “It Is What It Is” was one of the highlights of the set: an almost love-song about casual romance, and the loneliness of being with someone that may not be just right.  It’s not every day you hear a lap steel guitar at the Apollo, but The Runner Ups knew just how to use the signature country instrument to bring the tender emotion to a boil.  Luckily, they also knew how to get the crowd smiling and laughing with a quick and silly Talent Show.

Kacey Musgraves shared stories as a young girl working to make it as a singer, turning mean Stage Mom comments into clever tunes like “Dime Store Cowgirl.”  All night, her gratitude and positive energy lit up the stage, telling the crowd that New York has been very supportive of her music.  With her passionate support of social issues such as marriage equality, Musgraves sounds right at home in NYC - and makes her a perfect fit for The Apollo.