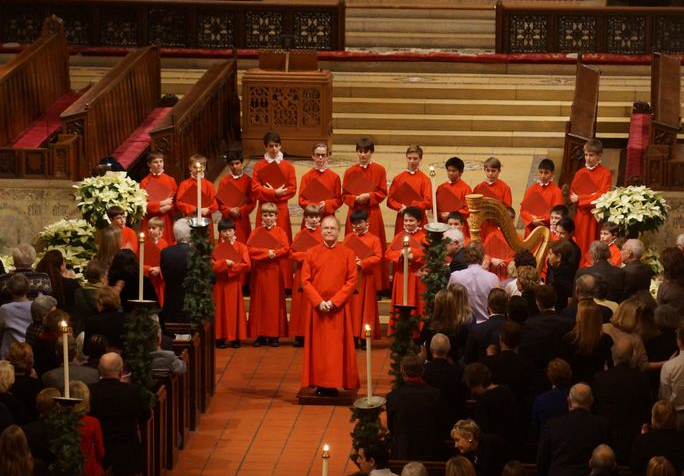 Life can get in the way, sometimes. Which is the only explanation I can offer for why I am only learning now of the passing of the extraordinary organist, composer and conductor John Scott, who died suddenly this past August of cardiac arrest. He was 59. I am shocked, saddened, almost in a state of disbelief.

I had never paid much attention to the organ before John arrived at St. Thomas Church in 2004, after serving for 26 years at St. Paul's Cathedral in London as Organist and Director of Music. But, John almost singlehandedly opened my eyes the possibilities of this wondrous instrument with his complete cycles of the music of Buxtehude, Messiaen and Ligeti. Not to mention all of the music he would play as part of his weekly liturgical responsibilities.

For his first Christmas in New York, John put together an extraordinary free concert, which he would go on to repeat each December for the next decade. First, he led the Boys Choir in Britten's A Ceremony of Carols. (In later years, John added John Rutter's Dancing Day to the program.) Then, John would move quietly to the organ console, where for the next hour he would play Messiaen's epic La Nativité du Seigneur. As I wrote at the time:

"The music, which built steadily in complexity and volume until the walls began to shake, was horrible, beautiful, terrifying and ecstatic...After the final E-major unison, Scott came out and took two polite curtain calls. He is a meek-looking man of 52 in a plain blue suit, hardly resembling the madman we'd all just listened to for 70 minutes."

Happily, the St. Thomas Boys Choir will continue their annual performance of A Ceremony of Carols and Dancing Day next Thursday at 5:30 p.m, led by St. Thomas' interim director Stephen Buzard. But, without the bespectacled Scott leading them in his even, yet impassioned way, it just won't be the same. An incalculable loss.

Read my past coverage of John's performances here. Remembrances by Nico Muhly, Cameron Carpenter and others here. 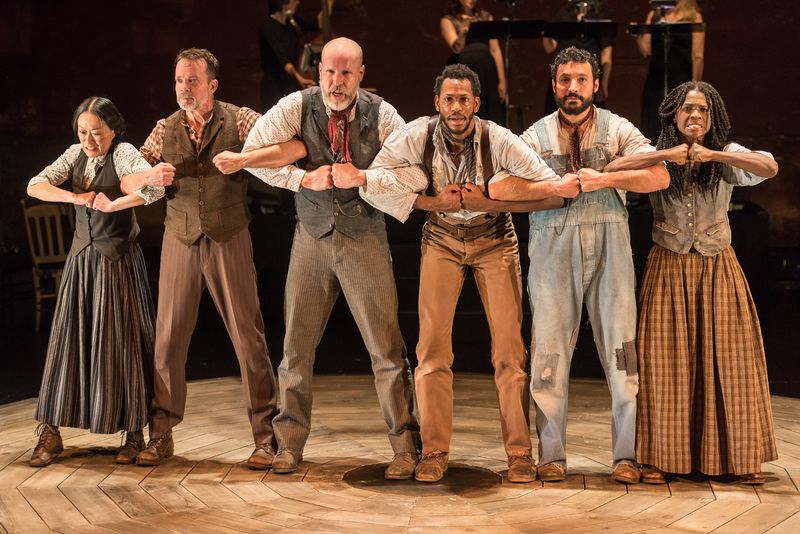 Reimagining a work of art music as theater meant creating all the stage business from scratch. The six performers from the SITI Company--Akiko Aizawa, Eric Berryman, Patrice Johnson Chevannes, Gian-Murray Gianino, Barney O'Hanlon, and Stephen Duff Webber--under the direction of Anne Bogart, were uniformly excellent. But the material by four playwrights was not at the same high level as Wolfe’s music. One exception was a tour-de-force soliloquy written by Carl Hancock Rux and performed by Ms. Chevannes, recounting a chance encounter with the steel hammer-wielding John Henry by a migrant named Mamie.

Eric Berryman as the folk hero John Henry gave a tireless and noble performance as the embodiment of the myth. Asked to run dozens of times around the circular platform on stage, he ended up dripping sweat and fighting for breath, much like a railroad worker expended from digging tunnels through mountains. 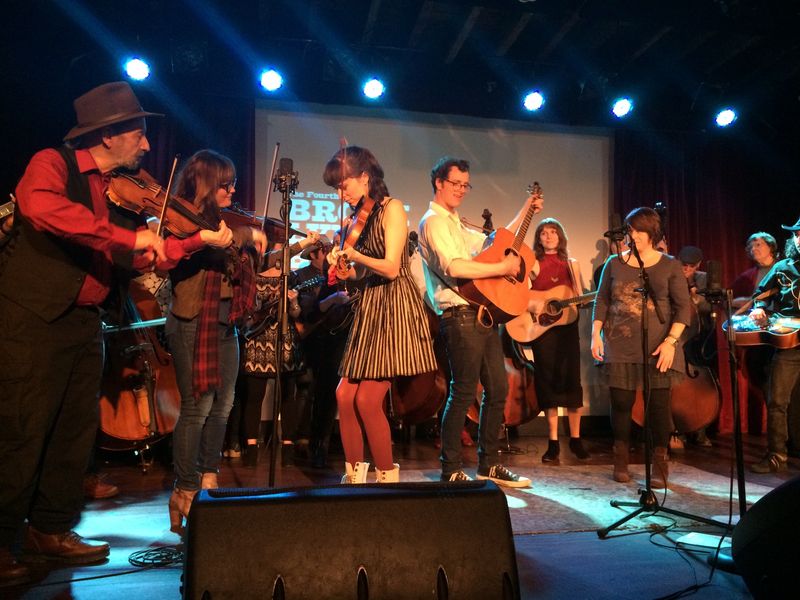 Last Sunday, Michael Daves hosted his Fourth Annual Bluegrass Bash at The Bell House, with a lineup featuring some of the biggest names in the world of Bluegrass alongside a mix of some fantastic local New York City talent. The first group to take the main stage was The Goodbye Girls, who were recently on tour opening for The Milk Carton Kids.  Their haunting harmonies were outshined only by their sheer virtuosity.  Guitarist Molly Tuttle showed off her blisteringly fast flatpicking, while Brittany Karlson tore up her upright bass.

Sierra Hull, a mandolin phenom, shared the main stage with upright bassist Ethan Jodziewicz, exploring a whole new acoustic sound.  Cole Quest and the City Pickers, a NYC based group, brought the party to the front stage with their mix of classic and original tunes. Guitarist and vocalist Christian Apuzzo dazzled the crowd with his legendary tenor tone and dead-on harmonies.

The highlight of the night was the host himself, performing as Michael Daves and Friends.  On this night, Daves’ friends included Tony Trischka, Sarah Jarosz, Brittany Haas and Larry Cook.  Any regulars to Daves' weekly residency at Rockwood Music Hall know to always be ready for a surprise, and this night was no exception. As the night progressed, more incredible artists including vocalists Sara Watkins of Nickel Creek and Jen Larsen showed up to lend a hand to this all star lineup.  The evening culminated with a monster jam, with every performer hopping on stage.

While there’s no doubt that Daves is one of the most prominent voices of bluegrass today, it’s his dedication to the community of New York City that sets him apart, and why the New York Times has dubbed him the “Leading Light of the New York Bluegrass scene.”  This Tuesday, he'll be celebrating the ninth anniversary of his residence at Rockwood Music Hall, where he performs each week at 10:00 PM on Stage One.  (Daves' new double album, Orchids and Violence, will be released this February.)