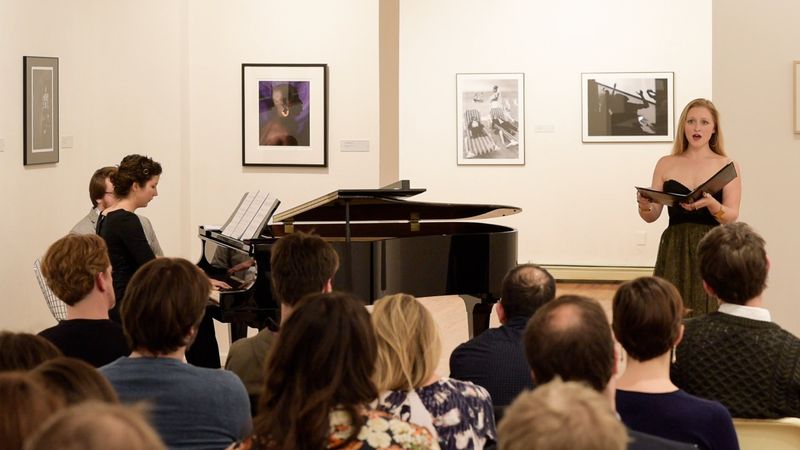 Sometimes the thrill of great music can be discovered in the most unexpected of places.

On Wednesday night, I attended a concert produced by Stone Mason Projects in the Wilmer Jennings Gallery in the East Village. Named after a black printmaker from the 1930s, the gallery walls were hung neatly with photographs. Some plastic folding chairs were arranged in rows. Somehow, they squeezed in a baby grand piano.

Founded by soprano Pamela Stein Lynde, Stone Mason Projects is a small production company dedicated to promoting contemporary music, particularly for voice. The audiences at these concerts have so far been small—fewer than 50 people—most of whom seem to be friends or family of the performers. At first glance, one might think these concerts to be merely vanity productions, just a step above performing in one’s living room. But the singing was stellar, on par with anything I've heard recently at higher profile venues such as Zankel Hall or National Sawdust. These concerts deserve a wider audience. 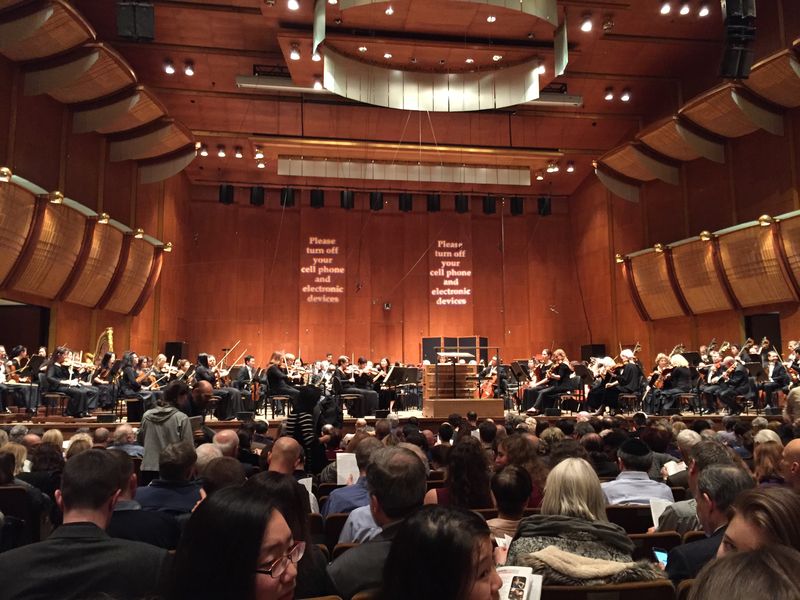 If you're an avid musicgoer like me, then chances are good that you're constantly seeking out new music. Sometimes, though, you just want to hear the hits. The New York Philharmonic began their concert last Saturday with Ottorino Respighi's Vetrate di chiesa (Church Windows), full of sweeping horn lines and bell-like sonorities. Though its melodies and harmonic progressions may have been less memorable than Resphigi's other works (Fountains of Rome), it's hard to beat the thrill of feeling the rattle in your ribcage as the full Philharmonic brass blares all at once.

Following was the US Premiere of Finnish composer Magnus Lindberg's Violin Concerto No. 2. Lindberg, who was the New York Phil's Composer-in-Residence from 2009-2012, was present for this performance. He stressed the importance of the interplay between the violin and the orchestra, noting that he did not wish for the orchestra to merely "back up" the violinist, as in some other concertos. Frank Peter Zimmermann took the spotlight, executing some beautifully delicate passages with such a soft touch that he could scarcely be heard. Vocalist Theo Bleckmann and guitarist Ben Monder have always had a contrasting yet complimentary relationship with one another, and that was as true during the second round of the WJF Marathon during Bleckmann's quintet set as its ever been during their stints as a duo. Bleckmann intoned beautiful, wordless melodies in clear textures, while Monder's sound was heavy, distorted and tempestuous. Elegy's melodies would decay into noise and then come back to more earthly environments. Bleckmann's experiments with vocal effects and electronics have aided this cyborgian quality to his music, his warped and harmonized improvisations mingling with (and then becoming indistinguishable from) the acoustic ensemble.

In contrast, Cyrus Chestnut's African Reflections was supremely, joyously earthly. It was a music of an older realm: the very deep tradition of different African folk musics (shadings of Congolese music and High Life) with the slightly less ancient Afrocentric, liberation-oriented jazz of the 1970's, the latter brought out in Steve Carrington's weighty, expressive tenor sound. Having been a first-call pianist in the contemporary jazz scene, Chestnut's sound was nimble and inventive; he could move deathly slow and then explode in sound in the same 30 second span.

The music at WJF has often been about applying one's concept to a continuum, a sentiment captures marvelously by Kris Bowers. The keyboardist performed back-to-back covers that were historically space decades apart, but married to each other by his aesthetic. The first was his looped solo version of Juan Tizol's "Caravan", complete with hand claps and Radiohead-style organ chords, the second being a sufficiently gangsta cover of tUnE-yArDs' "Gangsta" that intoned Merrill Garbus's rhythmic shouts into potent drum fills. Bowers's music was unafraid to take on thoroughly modern popular music like trap and metal, waters that other jazz musicians have treated but never dove into fully. 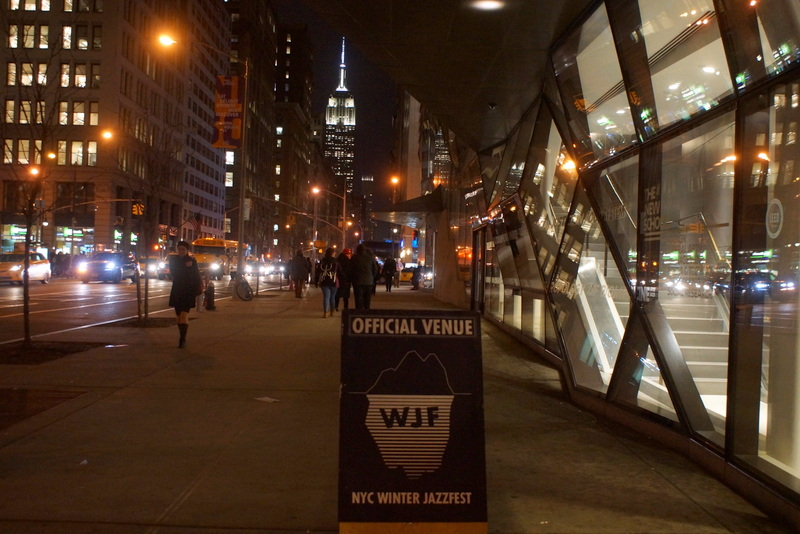 Parodoxically, the more Winter Jazzfest grows, the more fragmented it becomes. To accommodate the (admittedly fortuitous) problem of growing crowds, WJF had expanded even further from its West Village and Bowery enclaves into the Union Square area, taking over three separate buildings of The New School. Unfortunately, this meant that walks between locations can be upwards of 20 minutes a piece, making venue hopping more difficult. Fortunately, WJF had focused on more carefully curating each venue to make staying put in a given location more rewarding.

ECM Records presented just such a night at the New School Tishman auditorium.Trumpeter Avishai Cohen presented his quartet, demonstrating ECM's signature preference for the colorful and crystalline. Cohen took a markedly diminished role in his own group, letting his rhythm section stretch on the trumpeter's pensive, determined compositions. Pianist Jason Lindner and bassist Tal Mashiach were the most intriguing tools in Cohen's workshop, playing and peppering his compositions with their most extreme registers, but reverting back to simple unison as soon as they got into it. Cohen's pieces flowed gradually but in an agitated sense, like stages of a rainstorm. Nasheet Waits' drums and Cohen's trumpet playing divided the quartet in half further still by playing in an unusually similar way: pointed, occasionally dissonant and with just enough edge to keep the music from getting too comfortable.