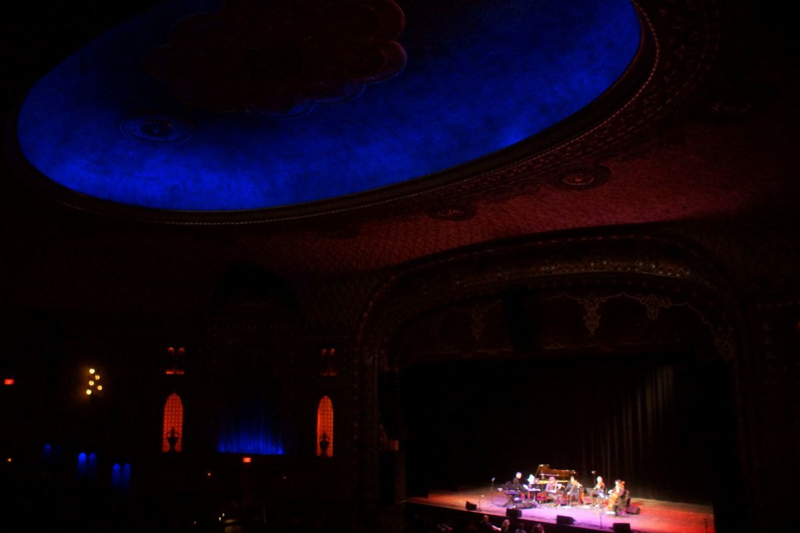 I'm excited to be returning to Knoxville, TN this weekend for the Big Ears Festival, which I attended for the first time last year and was pretty much blown away by the wall-to-wall mix of new music, electronic music, jazz, drone, and every other genre that doesn't neatly fit into a Pandora's box. This year's lineup includes everyone from Philip Glass and John Luther Adams, to Andrew Bird and Sunn O))). The festivities begin tomorrow night; stay tuned here and @feastofmusic for updates. Click here for a video montage of last year's festival.

Africa Now! at the Apollo Theater 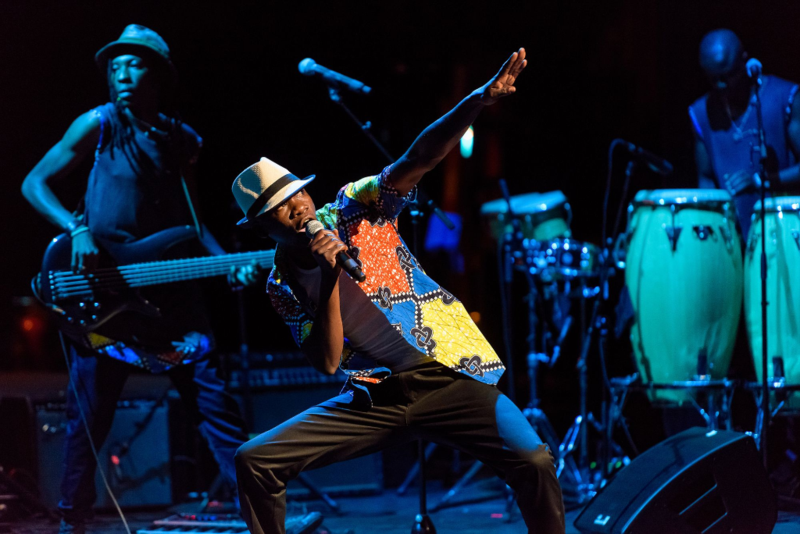 The Africa Now! music festival, which just wrapped up it's fourth year at the Apollo Theater, aspires to provide American audiences with a tasting menu of current trends in African music. Of course, the problem in general with music showcases (i.e., SXSW, CMJ, etc.) is that sometimes a nibble just isn't enough. Often, groups are just hitting their stride when out trots the smiling emcee to introduce the next act.

Alsarah and the Nubatones, a Brooklyn-based band with origins in Sudan, played a silky smooth, jazz-inflected set that would have connected better with an audience in a midsize venue. Occasionally, she let out a sudden roof-raising belt that sent shivers through the audience, but most of the songs mixed gentle jazz rhythms with folk-style vocals, all strained through an East African filter.

Ensemble ACJW, made up of some of the finest young professional classical musicians from the United States, is kicking off a three-concert series at Williamsburg's National Sawdust tonight with “Reflections”: a contemporary program that seeks to provide a space where both audience and performers can explore their own voice, and ultimately form a deeply personal connection to each work. More info about tonight's concert (including a link to purchase tickets) here.

FoM has three pairs of free tickets to give away to tonight's concert. Email pete@feastofmusic.com or retweet this with the hash tag #freetickets for your chance to win. Good luck! Though you wouldn't know it except for a few perfunctory blurbs in the local press, there is a landmark music event taking place in New York this weekend. For more than four years, composer Karlheinz Stockhausen labored daily on KLANG ("Sound"): a series of acoustic and electronic chamber works intended to be performed over the course of a single day. Unfortunately, Stockhausen died unexpectedly in 2007, having completed only 21 of the planned 24 sections.

To date, the only section of KLANG most New Yorkers have had the chance to experience live is Cosmic Pulses (13th hour), which was performed at Issue Project Room in 2011. (A subsequent performance at the White Light Festival in 2012 was cancelled due to Hurricane Sandy.) At the world premiere in Rome in 2007, I knew I had experienced something extraordinary:

"With speakers placed all around the hall, the experience was alternately trancelike and intense to the point of maddening... At the end, we all gave Stockhausen a raucous ovation, and mobbed his soundboard in the center of the hall. I was one of those who approached, telling him that I hoped he would bring this music to America sometime soon.

Enter the Metropolitan Museum, whose director of concerts and lectures, Limor Tomer, has chosen to present all 21 sections of KLANG between tonight and tomorrow. In order to accomplish this massive undertaking - which is being co-produced by Joe Drew's Analog Arts and includes nearly two dozen U.S. and N.Y. premieres - performances will take place simultaneously across all three Met buildings: the Met Museum, The Cloisters, and the new Met Breuer on Madison Ave (formerly the Whitney). Admission to all performances is free with museum admission.

Although some sections - such as Cosmic Pulses and Heaven's Door (4th hour) - will be given multiple performances, it won't be physically possible for one person to experience all 21 sections of KLANG this weekend. (Full schedule available here.) Still, I plan to get around to as much as I can over the next two days; check back here and @feastofmusic for updates.