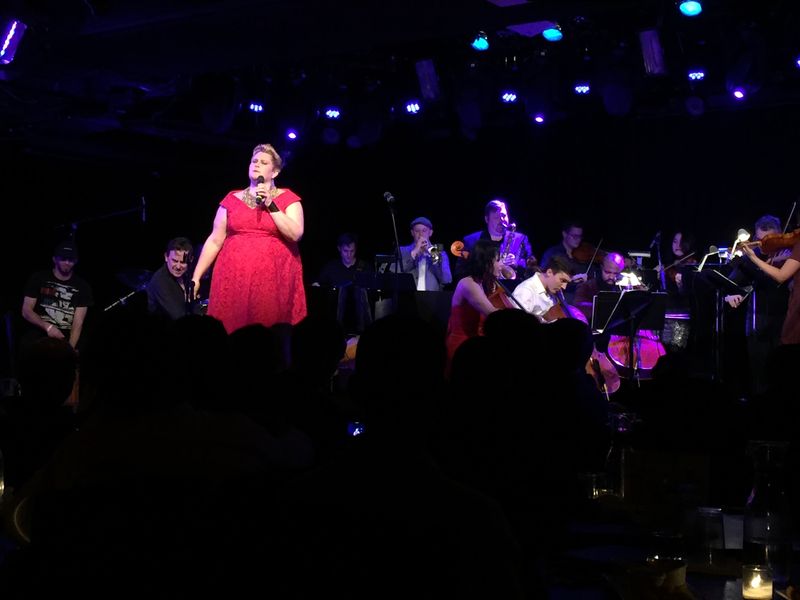 Applying genre labels to music and musicians can be a tricky business -- it sells a product, but is often at odds with the art itself. The Sketchy Orkestra, brainchild of pianist and artistic director Misha Piatigorsky, is a group dedicated to defying labels and convention, and the result is a unique, fun, and energetic ride.  Their performance this week at New York's le Poisson Rouge served listeners a hearty helping of genre-defying tunes. There were elements of jazz, rock, hip-hop and even Russian folk-song in a single program, and it was raucous energy bobbing and weaving through the tapestry of lush texture and color.

To stage right, we saw a traditional jazz set-up. The rhythm section included Piatigorsky at a Yamaha concert grand, the bassist switching between electric and standup, and an auxiliary percussionist on the cajón -- a box drum I happen to personally favor for its Earthy timbre. To their right, a trumpeter and saxophonist. Dominating center stage, appropriately, was the twelve-piece string orchestra, the strings delivering a cinematic richness to each composition.

But the question was -- "could they groove?" In fact, they could, and they could groove hard.  The arrangements, while diverse stylistically, were often filled with fun surprises. Sudden bursts of energy, jumbo-sized ranges in dynamics, and elongated sectional solos kept the audience engaged throughout. Piatgorsky's piano touch, plus the arrangements and compositions themselves, evinced the ensemble's classical training.  "17 Rooms" evoked a Khachaturian-esque waltz; its folksiness gave the string soloists plenty to work with, and they were allowed to explore their full-range of abilities. In contrast, "Somewhere in Between's" heavy groove reminded me of a classic mo-town rhythm section.