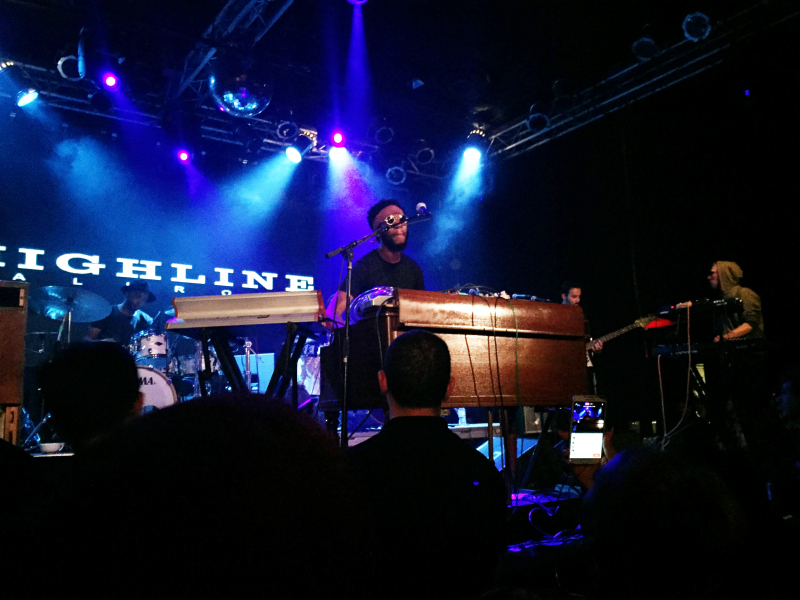 Cory Henry and his Funk Apostles' blistering set last Thursday at Highline Ballroom melded rich church harmonies, soaring synth lines, and hard-hitting funk rhythms into a sonic soup that delivered the goods. Henry's fans are familiar with the multi-talented keyboardist's work with jazz-fusion group Snarky Puppy, while others may know of his musical background as a church organist. After just a few tunes, it was clear that these Apostles, while undoubtedly students of funk masters such as James Brown and George Clinton, were just as close followers of Mr. Henry.

Henry delved into a harmonic language that blended fusion-jazz, rock, and gospel. The opener established a spacey, atmospheric groove, with Cory's Moog sawtooth synthesizer screaming lyrically on top. There was a fun, re-invented cover of "Proud Mary" that featured three guest vocalists, followed by an ear-wormy closer, "Naa Naa Naa," that included a playground-esque audience sing-along section. On several numbers, Henry demonstrated his own smooth, soulful vocals, and often taking a back-seat with a tambourine or hand-clap, instead of keys.

The skeleton of this Funk-o-potamus was Cory's ever-present musicianship. His Hammond-B3 delivered jaw-dropping power and warmth, as well as strikingly percussive timbres. Each tune was held together with a strong sense of melody and impeccable melodic phrasing. His melodic runs and riffs were as sharp and crisp as any classical virtuoso's, while his restraint in utilizing them could almost be too much at times!