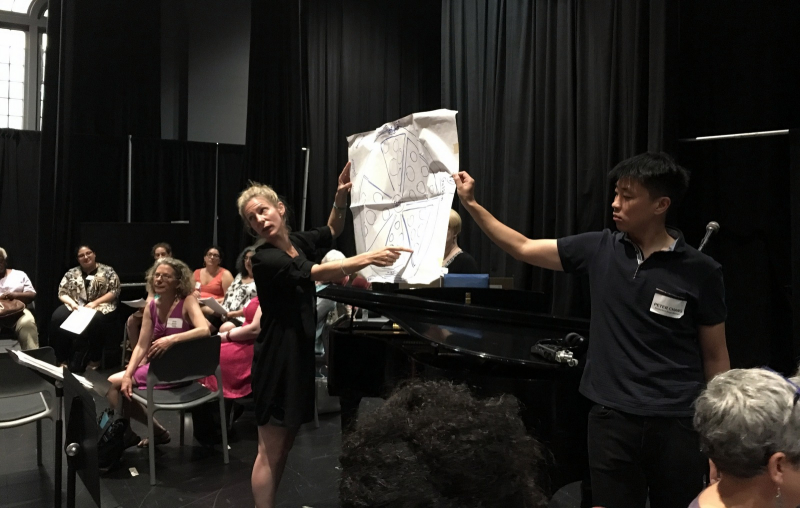 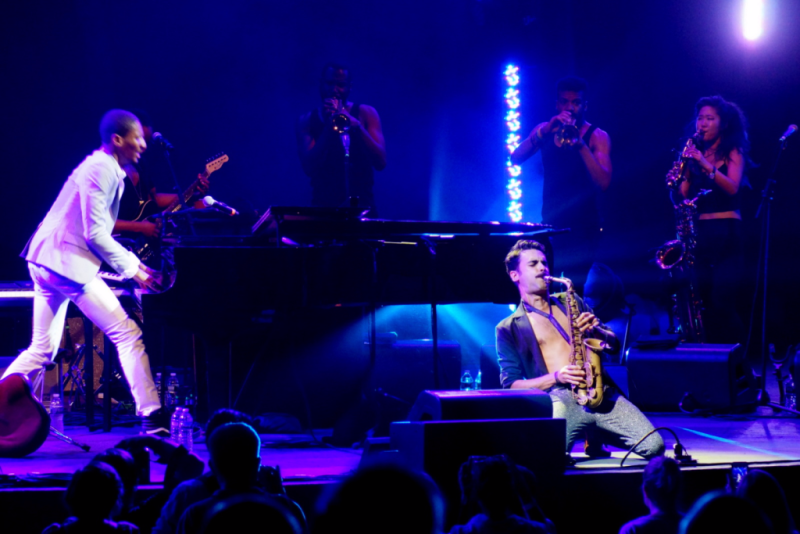 As if learning to sing a new score from scratch wasn't enough, David Lang's the public domain also calls for the performers to engage in a series movements and gestures, designed by the celebrated choreographer Annie-B Parson. Parson, who was present at Friday's rehearsal, admitted that this was the first time she's worked with 1,000 people, and more than once she seemed frustrated by our collective inability to follow what I'm sure she thought were relatively simple instructions. But, for those like myself who've never done anything like this before, it's a bit like trying to walk and chew gum at the same time: how do you look at the score, follow the conductor, and pay attention to the position of our hands? (It probably didn't help that this was the fifth rehearsal Annie had led this week.)

Fortunately, her Associate Choreographer, Chris Giarmo, did most of the talking, and was warm, funny and encouraging. At one point, while he was demonstrating a gesture for us, Annie quickly stepped in to correct the position of his hand. They argued quietly for a moment about who was right before Annie put an end to it.

"I know. I created the gesture." Ouch.

Our next rehearsal is next Wednesday, and we were told to really try to get to know the score by then. Believe it or not, there's still time to sign up, with both the Yellow and Orange strands offering a supplemental New Singer Intensive session intended to get everyone up to speed. More info on the public domain website; registration page here.