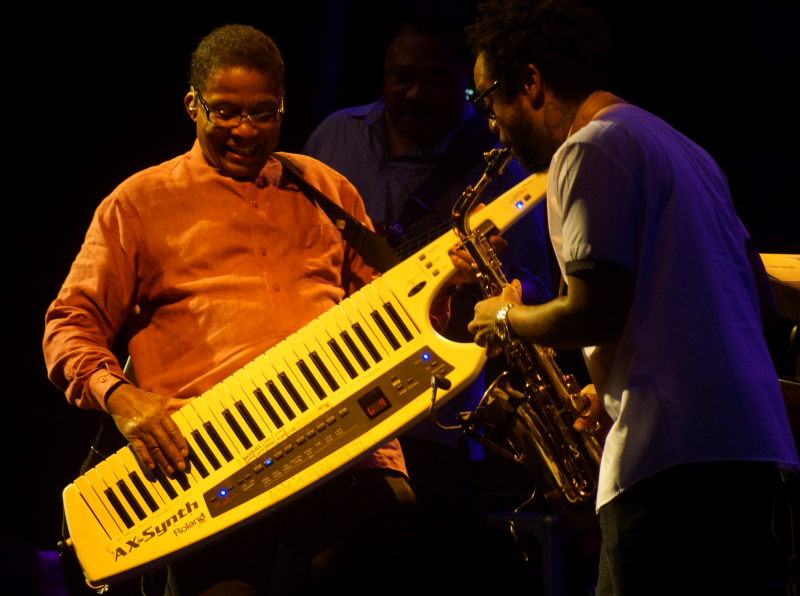 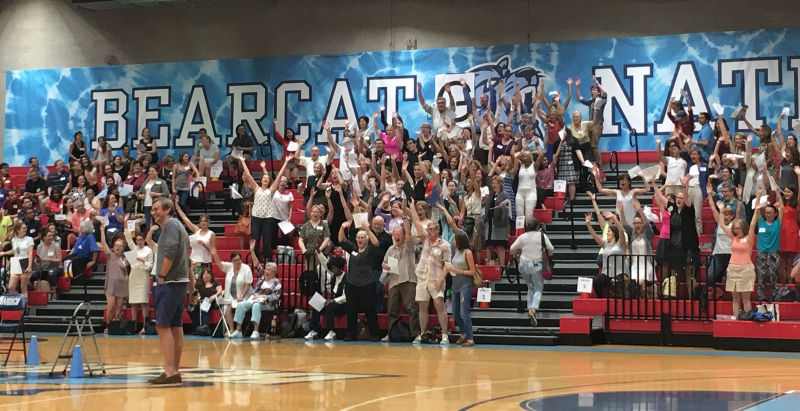 What do you get when you combine Orange, Red, and Yellow? As I found out last night at the put-together for the public domain at Baruch College's gymnasium, some pretty astonishing sounds.  With at least 500 participants present - some from as far away as Europe and Japan - Simon Halsey and Annie-B Parson ran us through the entire performance, giving us for the first time an idea of what to expect at the final performance.

For the most part, Simon was encouraging, congratulating each of the 15 groups on how well we'd learned the score and movements. That said, he did call us out several times for not following his direction. "Most of you are doing splendidly, but this group clearly doesn't know what they are doing!" he exclaimed at one point. Ouch.

Anne Tanaka, the incredibly well-organized Line Producer responsible for all of the behind-the-scenes work, came out after the run-through to thank us all for our time and effort, and to congratulate us on a job well done. "Usually at large-scale events" she said, "the put-together is a complete disaster. But this came off nearly flawlessly. We are all really excited for Saturday!"

Speaking of which: despite a forecast of hot and humid conditions for the weekend, the performance for the public domain is ON for Saturday 5pm on the main plaza of Lincoln Center. If anyone can't make it then, or just wants a sneak peak, we will be conducting a dress rehearsal on the plaza at noon. Volunteers are still needed to help out with logistics on the day of the performance - info available on the website.

More pics of the rehearsal here.

It's not every day that one of the true living legends of jazz plays in your backyard, but that's what folks can expect this Thursday when pianist Herbie Hancock brings his new band to Celebrate Brooklyn for a special benefit show. As if that weren't enough, opening are the always-fun Jamie Lidell, and Brooklyn's own Robert Glasper Experiment. Tickets, which are priced from $49.50 to $97.50, can be purchased at the (le) Poisson Rouge box office or online. Having just heard Herbie's sometime playing partner Chick Corea last weekend up at Tanglewood, I'm in piano jazz heaven right now. Do not miss this one.