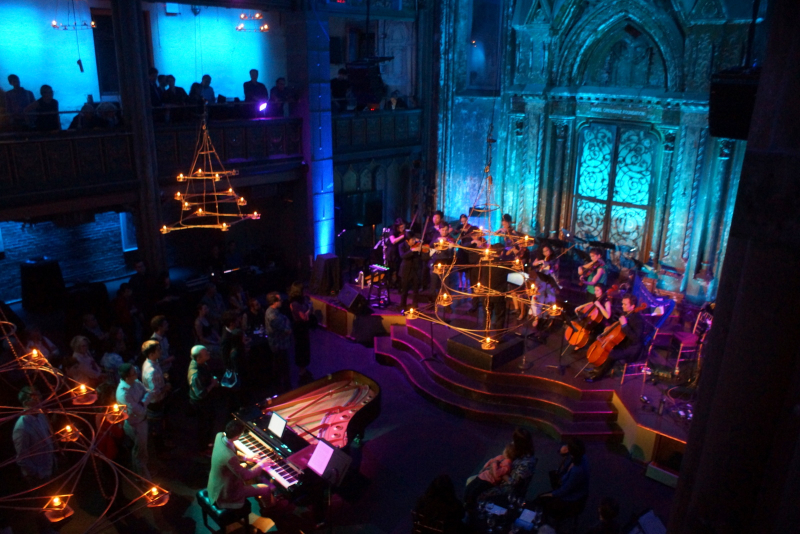 Over the past deacade, Metropolis Ensemble has made a name for themselves by performing almost anywhere other than in a concert hall: they've played at bandshells, in brownstones, and in Upper East and West Side apartments. More often than not, food and drinks are served, and the atmosphere is loose, almost clubby. Which, in fact, was how classical music was originally intended to be heard.

So, it was only fitting that for their 10th Anniversary this past Tuesday, Metropolis took over the Angel Orensanz Center on the Lower East Side for an ambitious party that offered free flowing wine and dozens of works, some performed simultaneously. The evening was inspired by John Cage's notorious 1967 Musicircus, where players are invited "to perform simultaneously anything or in any way they desire." Sign holders stood next to each performing ensemble with a large easel pad, on which the names of the performers and what they were playing were scrawled in black marker. Light projections filled the decayed gothic interior. Waiters walked through with seemingly bottomless trays of booze. There was even some random guy playing a cactus.

Many of the selections heard Tuesday night were selected from the 110+ works that Metropolis has commissioned over the years, such as Timo Andres' brilliant recomposition of Mozart's "Coronation" concerto, which Timo played from the middle of the floor while Metropolis players filled the stage and balcony above. (Timo and Metropolis premiered this recomposed concerto here in 2011.) It was one of the rare moments where everyone was able to stop and focus on a single performance, without any ambient chatter or far-off cymbal crash.

Pathway to Paris Benefit for Climate Change at City Winery 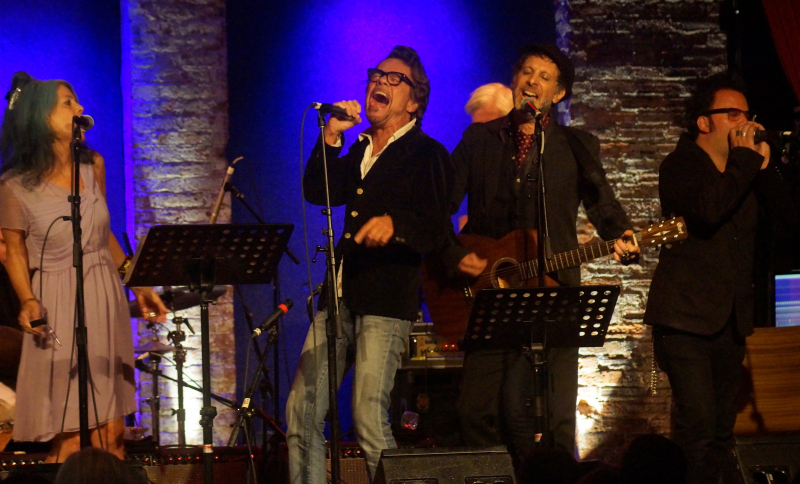 "If we don't act boldly (with regards to climate change), the bill that could come due will be mass migrations. And cities submerged. And nations displaced... The Paris Agreement gives us a framework to act, but only if we scale up our ambition, and there must be a sense of urgency about bringing the agreement into force...Only then can we continue lifting all people up from poverty without condemning our children to a planet beyond their capacity to repair." - President Barack Obama, Address to the U.N. General Assembly, 9/20/16

Donald Trump can call it a hoax all he wants: climate change is real. I saw it with my own eyes earlier this month in Alaska, where the glaciers have retreated with alarming speed, some reduced to little more than dirty snowballs. Fortunately, world leaders have decided to do something about it, meeting last year in Paris to draft the first comprehensive, worldwide agreement to dramatically reduce greenhouse gases beginning in 2020. With ratification by the U.S. and China earlier this month, and India's announcement over the weekend that they will ratify it this week, the agreement is tantalizingly close to the 55% threshold required for it to take effect.

But, with Trump vowing to pull out of Paris if he is elected president, the agreement's fate is still far from certain. So, on the eve of last week's U.N. General Assembly, Jesse Paris Smith (daughter of Patti Smith) and Rebecca Foon assembled an all-star lineup of musicians and activists at City Winery through their watchdog organization Pathway to Paris. Performers included folksters Martha Wainwright, Lucy Wainwright Roche and Suzzy Roche, the ecstatic thrash of Xylouris/White, and the remarkable Tibetan vocalist Techung.

"Breaking the Waves" at Opera Philadelphia 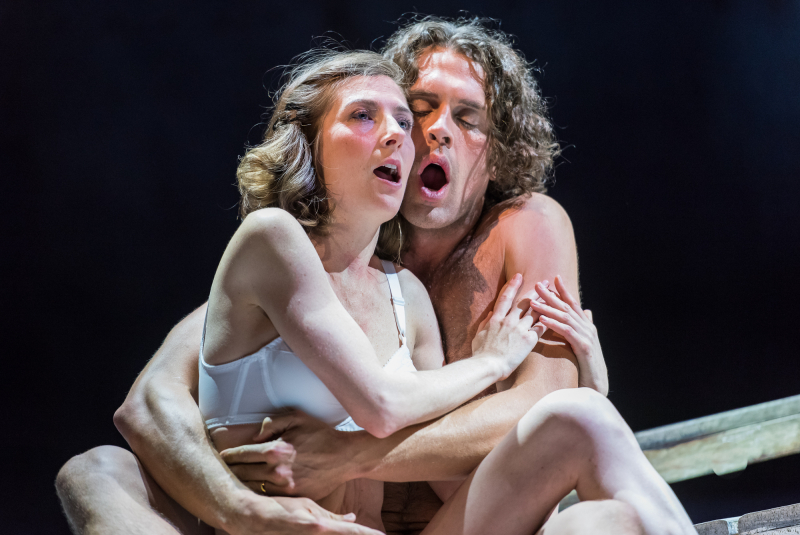 PHILADELPHIA, PA - Sometimes art can depict the most repulsive aspects of the human condition, and still be deemed successful. Such is the case with Missy Mazzoli's new chamber opera Breaking the Waves, which is receiving its world premiere this week by Opera Philadelphia at the Kimmel Center. Billed as a love story of unparalleled self-sacrifice and divine devotion, Breaking the Waves is actually a story of perversion, misogyny, and cruelty.

Based on the 1996 film by Lars Von Trier, the story takes place in a remote and religiously repressed village in the Scottish Highlands. Jan, a worker on an offshore oil rig and Bess, a meek, mentally unstable young woman who is deeply depressed after the death of a brother, are in love and eager to marry. The local church elders do not approve of Bess marrying an outsider, fostering an oppressive atmosphere similar to the Puritan Boston of Nathaniel Hawthorne’s The Scarlet Letter, or the pre-WWI Germany of Michael Haneke’s film The White Ribbon. Dressed head-to-toe in black but with their pants legs encrusted in mud and salt (a great touch by costumer Chrisi Karvonides), the elders constantly remind Bess of her “responsibilities” as a wife—meaning that women should obey men, even if what men ask of them is reprehensible. So saith the Word. 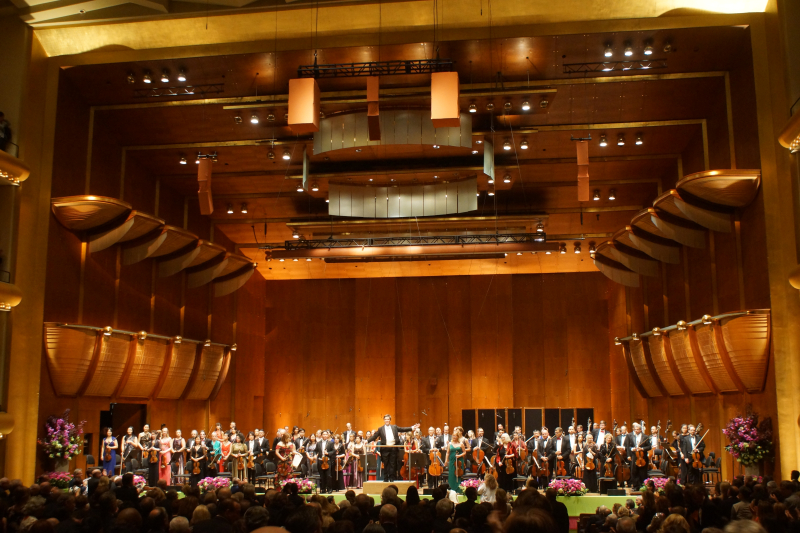 The New York Philharmonic officially opened it's 175th season Wednesday night with a concert which, while not exactly boundary-pushing, served as a reminder of the rich legacy of this oldest of American orchestras. Beforehand, the Phil played this video emphasizing the orchestra's identity as a uniquely New York institution, with NYC-entric performances throughout the season such as last week's Manhattan. (There was also brief mention of the Phil's "New World Initiative" - named after Dvořák's 9th symphony, which the Phil commissioned back in 1893 - but at the moment it consists of little more than an open calendar of performances by NYC-based musicians.)

As noted by Philharmonic president Matthew Van Besien, this season is also Alan Gilbert's eighth and last as music director. During his time in NYC, Gilbert may not have displayed the most magnetic podium presence, but he has done more to promote new music and innovative programming at the Phil than any director since Bernstein or Boulez. Gilbert's final season is no different, as he leads seven World, U.S., and New York Premieres, as well as music by Ligeti, John Adams, and Esa-Pekka Salonen. Gilbert will close the season with a concert that explores how music and musicians can effect positive change and harmony in the world.

Gala concerts aren't meant to challenge their well-heeled audience, but there was one relatively new work on this concert: John Corigliano's STOMP, originally written in 2010 for solo violin. It was typical of the new music played on most concert programs: short, playful, mostly melodic. The "stomp" in the title refers to Corigliano's instruction to the players to tap or stomp on certain beats, much like you'll find in country or jazz music. Or, any music, really.