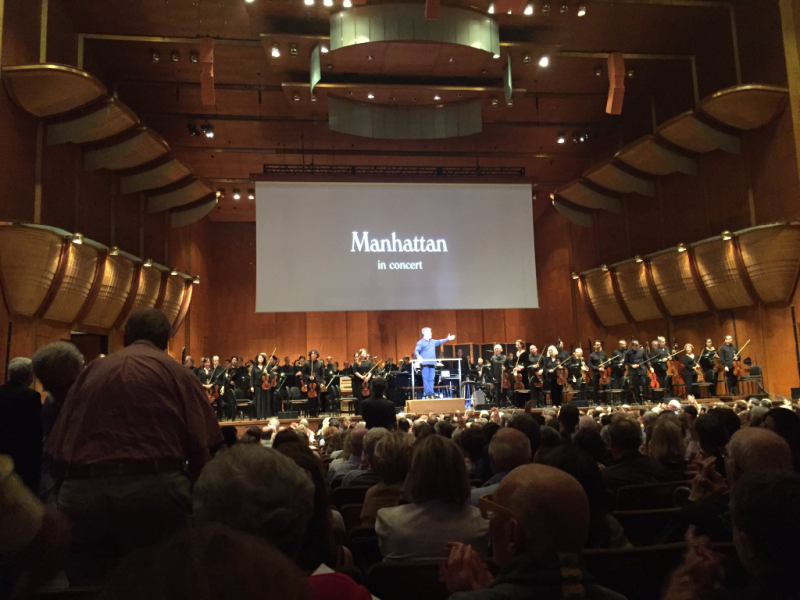 "To him, no matter what the season was, this was still a town that existed in black and white and pulsated to the great tunes of George Gershwin."

Woody Allen said it best himself in those opening lines from his classic 1979 film Manhattan. The all-Gershwin soundtrack was originally recorded by the New York Philharmonic, so it was only fitting that the Phil presented Manhattan two weeks ago in David Geffen Hall as part of their annual "Art of the Score" series, which replaces a projected film’s recorded score with a live performance. Given that the Philharmonic recorded the soundtrack nearly 40 years earlier in this same hall, they could not have sounded more at home in this performance.

Gershwin's iconic "Rhapsody in Blue" opens the film, set to a montage of black and white images of the city that perfectly capture it's grandeur and frantic energy. The Philharmonic performed it with virility and enthusiasm, starting with the famously identifiable clarinet glissando. Throughout the film, the score subtly underscores the emotion playing out on screen, often unaccompanied by dialogue or other sound. In this live performance context, the movie's witty dialogue and score shined independently of one another. 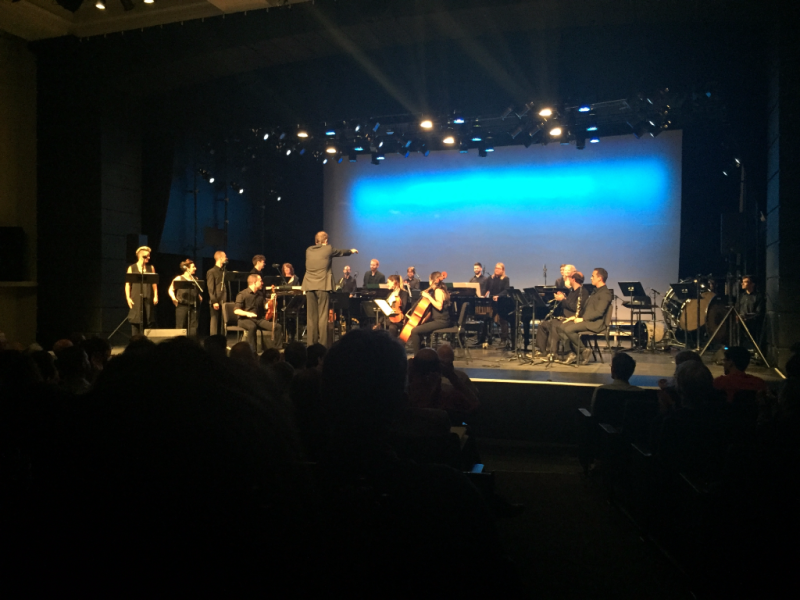 A string section, a wind section, six percussionists, six singers, and four pianos on one stage: that's how you throw an 80th birthday party for Steve Reich, widely regarded as America's greatest living composer. Ensemble Signal riveted the sold out crowd to their seats when they opened the 2016-2017 season at Columbia University's Miller Theatre last week with two of Reich's more recent works, juxtaposing Morse code-like rhythms with startlingly haunting vocal harmonies. The effect was mind-grabbing and mesmerizing, while often soothing and reflective.

Daniel Variations (2006) started with a gut-punching fortissimo from the piano and vibraphone: dark, foreboding, and ominous. Tense, tight vocal harmonies cut crisply through a moment later. Daniel calls upon four singers, but the sound Ensemble Signal produced was more like a large Gregorian choir: they were not only precise on entrances and pacing, but blended to perfection.

Occasional but vital bass-drum hits punctuated several passages, while the mallet players provided the pulse, staying tightly interlocked both in and out of phase with each other and the piano. The effect was entrancing, providing a contemporary context to the ancient-sounding vocals. Only fitting, given that the title of the work was derived from both the biblical Book of Daniel and the Jewish-American reporter Daniel Pearl, who was murdered by Islamist extremists in Pakistan.