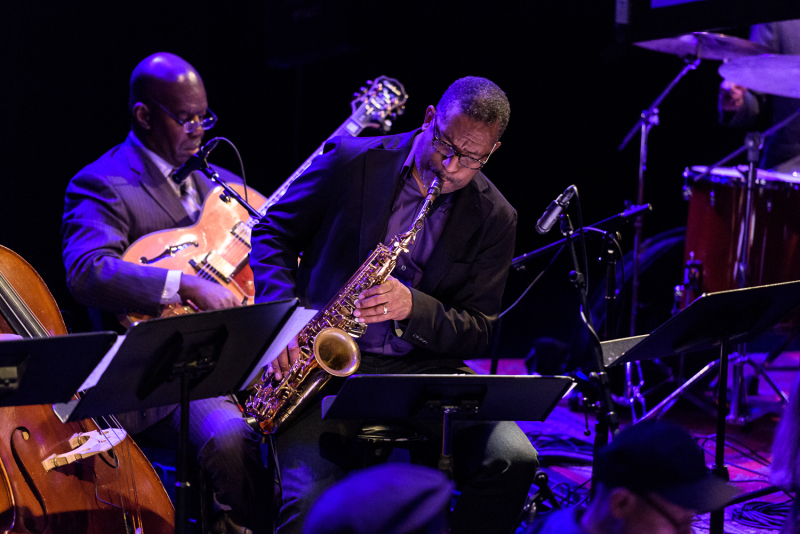 If the name Ned Sublette rings a bell, you may remember that his band achieved fame in the late nineties and early oughts for country music flavored with Cuban stylings, including the hit "Cowboy Rumba." But, Sublette is also a formidable musicologist and historian, with a special focus on New Orleans and Cuban music.

At Symphony Space this past weekend, a range of artists read selections from Ned Sublette's critically acclaimed book "The American Slave Coast: A History of the Slave-Breeding Industry" Among them were film director Jonathan Demme, R&B singer Nona Hendryx, writer Carl Hancock Rux, writer and country singer Kandia Krazy Horse, and jazz singer Lezlie Harrison, among others. Sharing the stage was the New Orleans sax legend Donald Harrison, along with Detroit Brooks on guitar and banjo, Zaccai Curtis on piano, and Darryl Staves on drums. Slides projected on a screen over the stage made the performance feel like we were in the middle of a Ken Burns film. 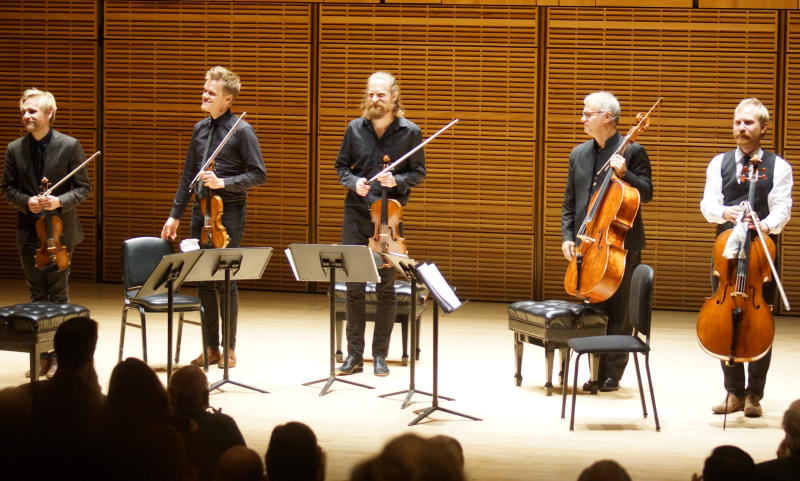 As I learned when I was in Copenhagen last year, the Danes are really good at music. Count among them the Danish String Quartet, three of whom - violinists Frederik Øland and Rune Tonsgaard Sørensen, and violist Asbjørn Nørgaard - met at summer music camp 20 years ago, when they were barely teenagers. (Norwegian cellist Fredrerik Schøyen Sjölin joined the quartet in 2008.) Their reputation has grown feverishly over the past few seasons, thanks in part to their participation in festivals and residencies like Lincoln Center's Chamber Music Society Two.

They also have a certain hipster appeal, with their scruffy beards and modish-yet-refined attire. In Copenhagen, one of their concert series has its own line of craft beer; last month, they hosted their 10th annual DSQ Festival, a four-day cross-disciplinary event that brings together artists the've met during their travels. In an interview with the Times last week, they displayed a refreshing lack of pretension or pandering.

"When I enjoy musicians playing concerts,” Mr. Nørgaard said, to murmurs of approval from his fellow musicians, “it’s when they’re very honest. We experiment a lot, and you can say that we are breaking down barriers, blah, blah, blah. But at the same time, we don’t do anything. We actually leave the music alone...What we’re saying, is that you can be easygoing, that you can have fun, and be very serious and deep at the same time. There’s no conflict there.”

The DSQ brought their act to Carnegie's Zankel Hall last night, where a capacity crowd turned out for an ultra-serious program of late works by Shostakovich and Schubert. Heavy fare for a quartet whose members are all in their early 30's, but then again, these guys also started out by playing the late Beethoven quartets, before anyone told them how tricky they were. (They still have trouble with Mozart, apparently.) 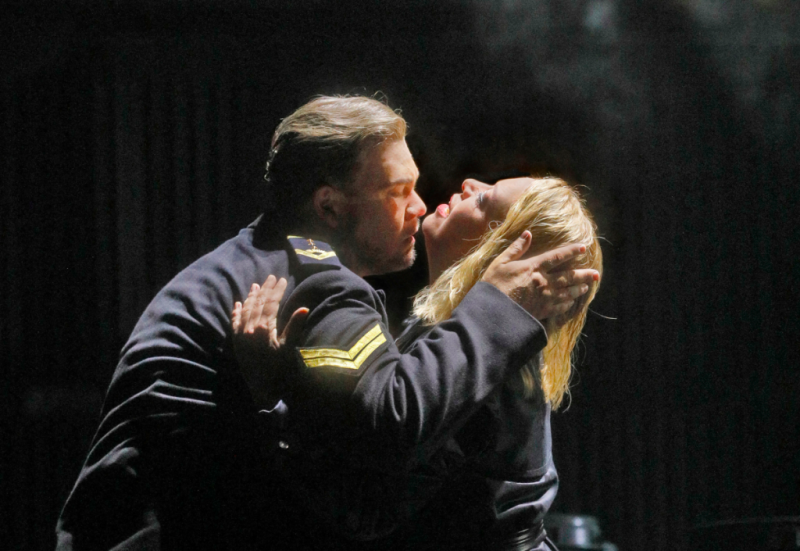 "When you hear the music, you will understand." - Richard Wagner

Even for Wagner, whose operas are among the most complex and challenging in the entire repertoire, Tristan und Isolde is something of a chimera. Part moralist fable, part fever dream, it lacks a coherent plot, is full of unexplained changes, and stretches plausibility to the breaking point. For most of its five-hour length, there is little, if any, action onstage. And, its ultimate message seems to be that love is a curse only resolved by death.

And yet, Tristan is a bona fide institution, so much so that Monday night's performance at the Metropolitan Opera was the company's 462nd since 1886. And, given that the nearly sold-out house was the 7th of 8 performances this season, Tristan's popularity shows no signs of waning in our attention-addled society.

The main reason for Tristan's enduring popularity, of course, is the music, which remains some of the most intoxicating and evocative ever written. When Wagner first began thinking about Tristan in 1856, he claimed that the music came to him before he had come up with a scenario. "A melodic thread," he said, "which, though I gladly would have quit, kept spinning on itself." The impulse was so powerful that it caused Wagner to pause work on his monumental Ring cycle - right in the middle of Siegfried - which he wouldn't return to for another 12 years.