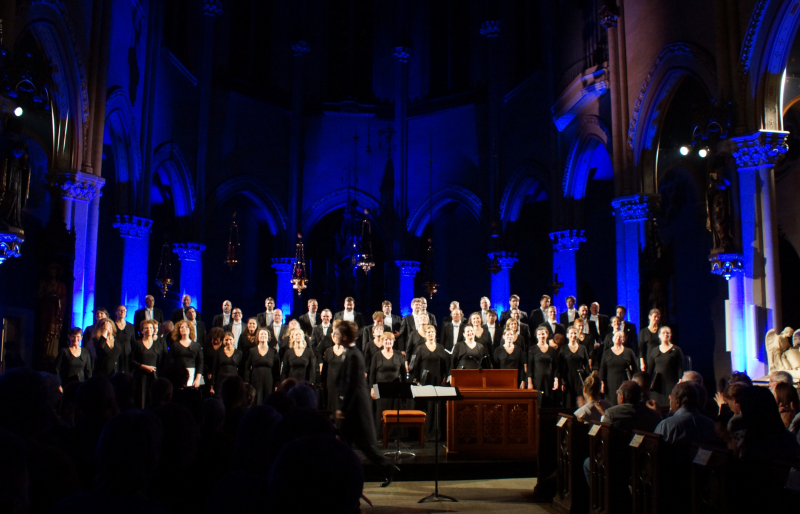 After seeing the Berlin Radio Choir open the White Light Festival earlier this week with their indelible, interactive version of Brahms' German Requiem, it was a shock to see them arrive in formal concert attire last night at the Church of St. Mary the Virgin in midtown. It was a potent reminder that these 70-odd singers comprise what is arguably the world's leading choral ensemble - like that moment when Princess Leia appears at the end of the first Star Wars movie in her royal regalia instead of military attire.

Dutch conductor Gijs Leenars, who succeeded Simon Halsey last season as the Berlin Radio Choir's artistic director, arrived at a podium immediately to my right to lead a program spanning four centuries of (mostly) German music. Leenars, 38, was so close that I could hear the rustle of his jacket as he moved his arms.

Heinrich Schütz's "Is not Ephraim My Beloved Son?" was a paragon of 16th century polyphony, the choir positioned all around the nave to create an antiphonal effect in the acoustically-resonant church. Jumping ahead a century, the choir moved up front for a pair of Bach motets, "Do not fear" and "Come, Jesus, Come!" This was singing at it's most beautiful and ecstatic, with blending so seamless I couldn't hear a single individual voice. Providing the gratefully understated accompaniment were a pair of capable musicians from Trinity Church Wall Street: cellist Ezra Seltzer and organist Avi Stein. 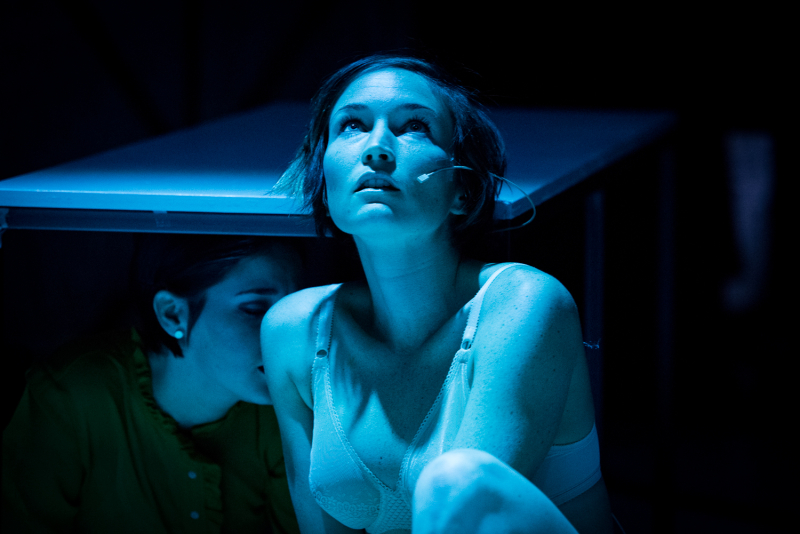 On Saturday night, for one performance only, the Center for Contemporary Opera presented the U.S. premiere of a double-bill of Louis Andriessen's one-act chamber operas Anaïs Nin and Odysseus' Women at National Sawdust, in a production conceived and directed by Jorinde Keesmaat.

For information on the rest of CCO's Fall 2016 season, click here. More pics below and here.

White Light Festival: Human Requiem at the Cathedral of St. John the Divine 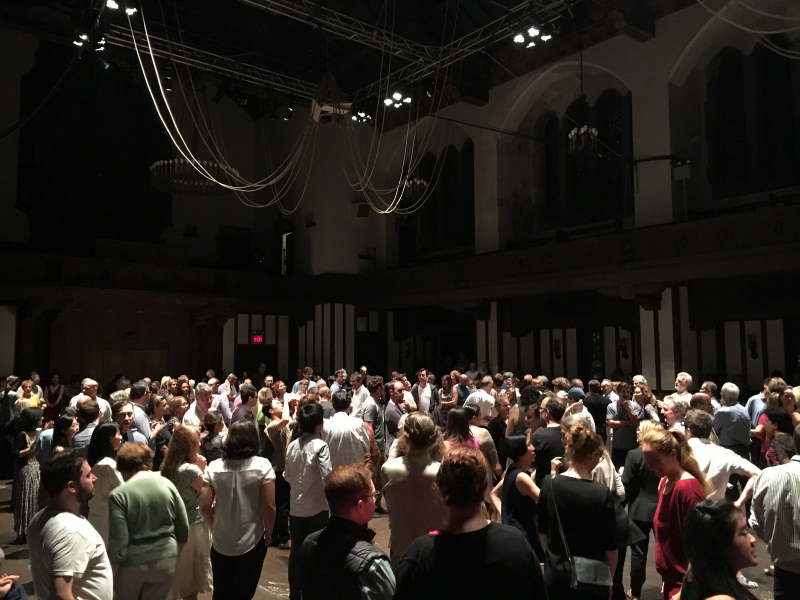 When I arrived at the Synod House of the Cathedral of St. John the Divine last night, the first thing I encountered was a long line at the door. A really long line. Reason: everyone attending that evening's performance of human requiem, which opens the 7th edition of the White Light Festival this week, had to check their bag before entering the space.

Once inside the intimate, gothic hall, I was additionally asked to remove my shoes. There was no program, no seating, no real stage, save for an abbreviated altar at the far end. (The Synod House was also the site of 2014's Curlew River, where the audience sat on risers on either side of the nave.) The 200 or so people in attendance awkwardly milled about, wondering just when and where the performance was going to take place.

Suddenly, the lights went down, and the music - Brahms' piano four hands version of his German Requiem - emerged from all sides. Singers, dressed inconspicuously in street clothes, began to move slowly through the space, laying their hands on audience members as they passed. Soon, it became apparent that the 70-odd singers - all members of the Berlin Radio Choir - had committed the entire 70 minute score to memory. 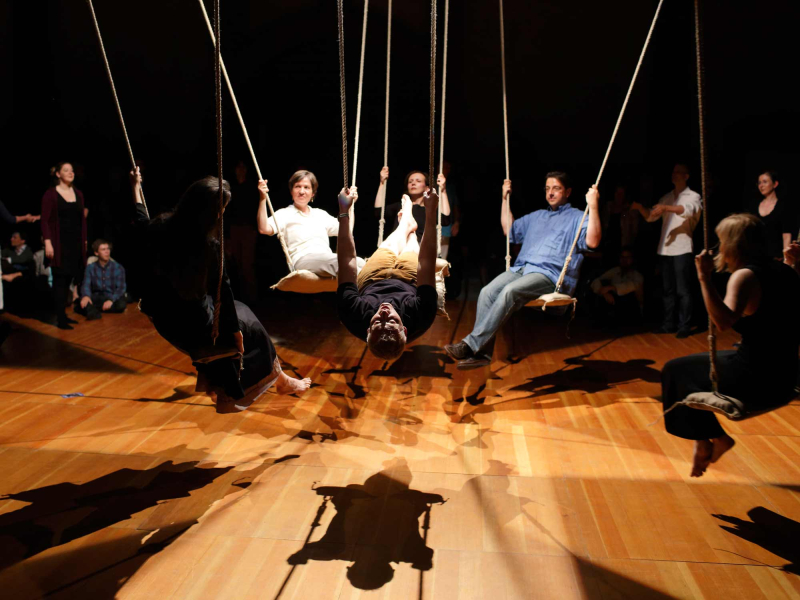 The seventh edition of Lincoln Center's White Light Festival kicks off this week with a typically eclectic mix of music, theater, dance and film that all share a spiritual dimension. Offering a welcome antidote to the televised circus that is our Presidential election, Lincoln Center's Artistic Director Jane Moss says that this year's festival, "focuses on what it means to be human in an increasingly fractious world—a world where communication, compassion, and creative expression remain vital to our survival as a global community."

The Radio Choir of Berlin under our old friend Simon Halsey kicked things off last night with their reworking of Brahms' German Requiem - called Human Requiem - at the Synod House at the Cathedral of St. John the Divine. The interactive, immersive experience promises to be one of White Light's more memorable events. Tickets and info on remaining performances available on the White Light website.