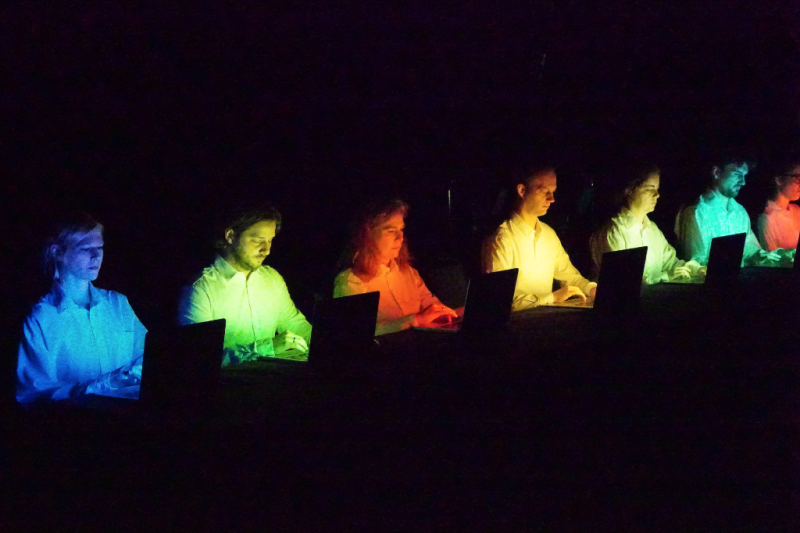 The MATA Young Composers Now! festival, ending a week-long run at The Kitchen tonight, turns 20 years old next year. Over that span of time, MATA has introduced audiences to what developing composers around the globe have been exploring. The results are often thrilling, sometimes bewildering - and never boring.

Tuesday’s lineup was entitled “Wow and Flutter,” and featured the Danish ensemble Scenatet playing works by composers from as far away as Germany, Turkey and Japan. A highlight of the festival is that most of the composers are actually on hand to discuss their work with executive director Todd Tarantino and artistic director Du Yun - who, in a happy coincidence, just won this year's Pulitzer Prize for Music.

Kaj Duncan David (England/Denmark) kicked off the festival with “Computer Music”, featuring the seven members of Scenatet seated at a long table as if at a banquet, with MacBooks in front of them. The music was a little like what you might hear in an old arcade video game: each time a tone sounded, one of the musicians lit up with a color. Think of the scene at the end of “Close Encounters of the Third Kind”, when the scientists and aliens communicate with each other through light and sound. If aliens land in New York this week, we can send out Kaj Duncan David to communicate with them! 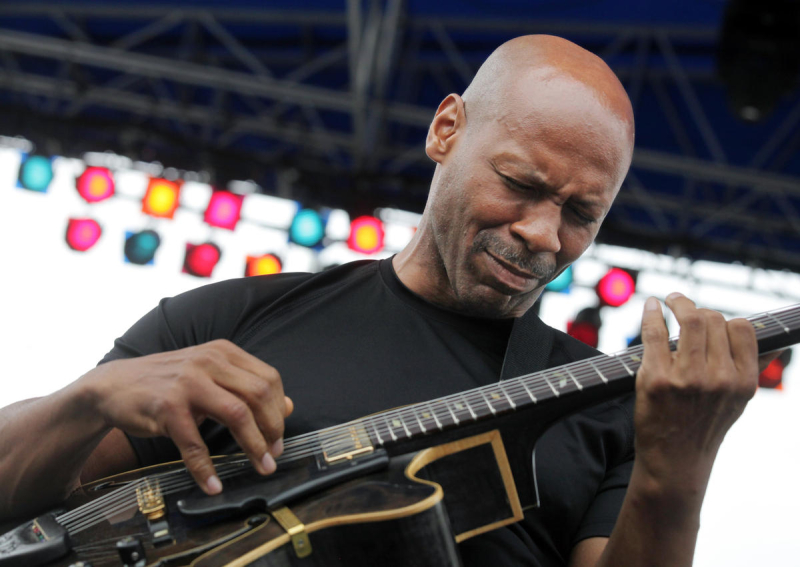 Kevin Eubanks might be best remembered for the 15 years he spent as the bandleader on The Tonight Show with Jay Leno, but his career as one of today's leading jazz guitarists goes all the way back to the early 1980's, when he played with such luminaries as Art Blakey, Slide Hampton, McCoy Tyner and others. Eubanks is appearing all this week at Birdland in support of his new release, East West Time Line with an all-star lineup featuring Nicholas Payton (trumpet), Dave Holland (bass), and Jeff "Tain" Watts (drums). Tickets and info on the Birdland website.

Polymath pianist Vijay Iyer keeps a pretty busy schedule, but that didn't stop him from accepting the directorship of this year's Ojai Music Festival in California, where he's curated a lineup that reflects his own varied interests in jazz, classical and beyond. Tomorrow night at the WNYC Greene Space, Vijay offers an Ojai preview with several of this year's performers, including composer-trumpeter Wadada Leo Smith, drummer-composer Tyshawn Sorey, violinist Jennifer Koh, and pioneering composer/scholar George Lewis. Tickets and info available on the Greene Space website. 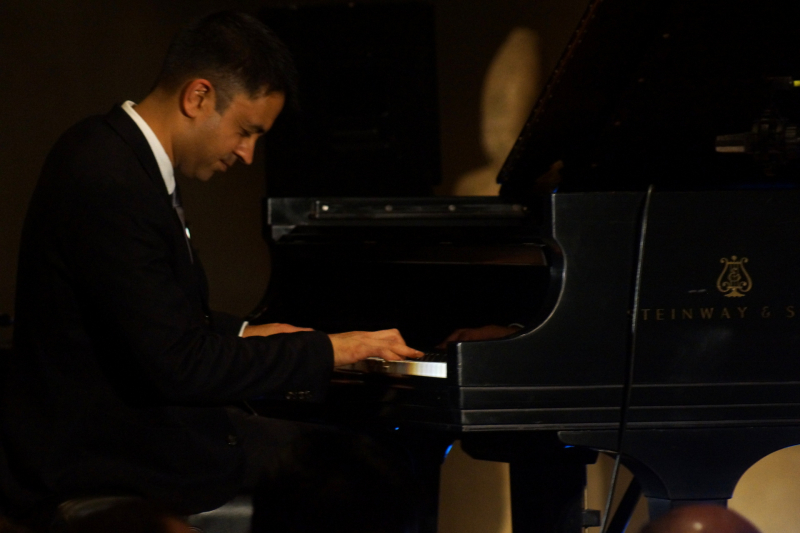 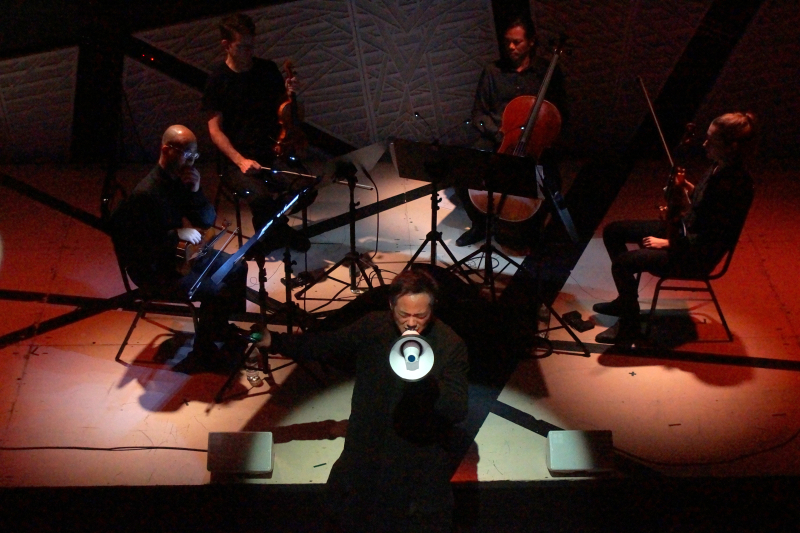 There is a change happening in opera. Once the province of coloratura sopranos and heldentenors belting at the top of their lungs, opera is beginning to embrace all sorts of singing and instrumentation, including colloquial styles you might associate more with Music Hall of Williamsburg than the Met. Du Yun's Angel's Bone, which just won the Pulitzer Prize, weaves together everything from plainchant and Renaissance music to screaming punk rock songs (sung by Elysian Fields' Jennifer Charles.)

Ken Ueno's AEOLUS, which had it's premiere last Friday at National Sawdust, is a series of impressionistic scenes cobbled together from Greek mythology, literary fragments and Ueno's own hazy memories. Ueno appeared throughout, both in ponderous voiceover and in person, wandering around the stage mumbling and throat singing through a megaphone, occasionally playing a drum sample on his iPhone. FLUX Quartet played music that alternated between eerie dissonance and Morton Feldman-like drone.

But, the clear standout of this performance was Majel Connery, who sings in a sultry, low voice that sounds like a cross between Fiona Apple and Portishead's Beth Gibbons. Connery's stylized voice is many things: intoxicating, exotic, hypnotic (as in the song/aria/whatever "There is No One Like You"). What it is not, by the narrowest of definitions, is operatic, though Connery did demonstrate moments of lyricism as she navigated AEOLUS' higher ranges.