The moment the heavy string vibrato and lush jazz harmonies of "Moon River" hit my eardrums at the New York Philharmonic's live play-a-long to Breakfast at Tiffany's Thursday night at David Geffen Hall, I was instantly transported to a different era. It's just so 1960s, I thought, knowing of course that composer Henry Mancini's beloved compositions largely defined the sound of that decade. The Philharmonic wasn't exactly in their element on a jazz and Latin-infused score, but they rose to the occasion with verve, and the result was a marvel.

Mancini's score calls for different instrumentation than a standard orchestra set-up. It's heavy on percussion -- there were drumsets and lots of sparkling vibraphone. In the party scenes, brightly-timbred piano held down groovy bossa-nova riffs. Saxophone and other brass played so loudly at times that the film's dialogue was largely inaudible -- a minor burr remedied with subtitles on the large projector screen. The score is also rich with the twinkling sonorities of vibraphones, harps, and high-register piano, all in high-definition thanks to the orchestra's crisp and precise playing.

Notwithstanding the mallet work (pure ear candy!) and rick-rollicking percussion in the party scenes, the strings provided the emotional weight to the film. Breakfast at Tiffany's carefully balances sadness and humor, and the string players maintained that balance with sublime phrasing and dynamic contrasts. They entered the opening of “Moon River” refrain with a delicate, yet thick vibrato that evoked the sensitive nature of the film's protagonists. Unctuous vibrato is often associated with those saccharine, gauzy B-movies of old, but here the strings succeeded in conjuring feelings of longing and sadness, touching even the hardened heart.

There's no question that orchestras, like most musical performances, are best heard live. Recorded film scores, however, are destined for playback through theater speakers, or worse – through a TV. A live performance of a film score is something cinephiles or music listeners would likely appreciate deeply and should experience at any opportunity. 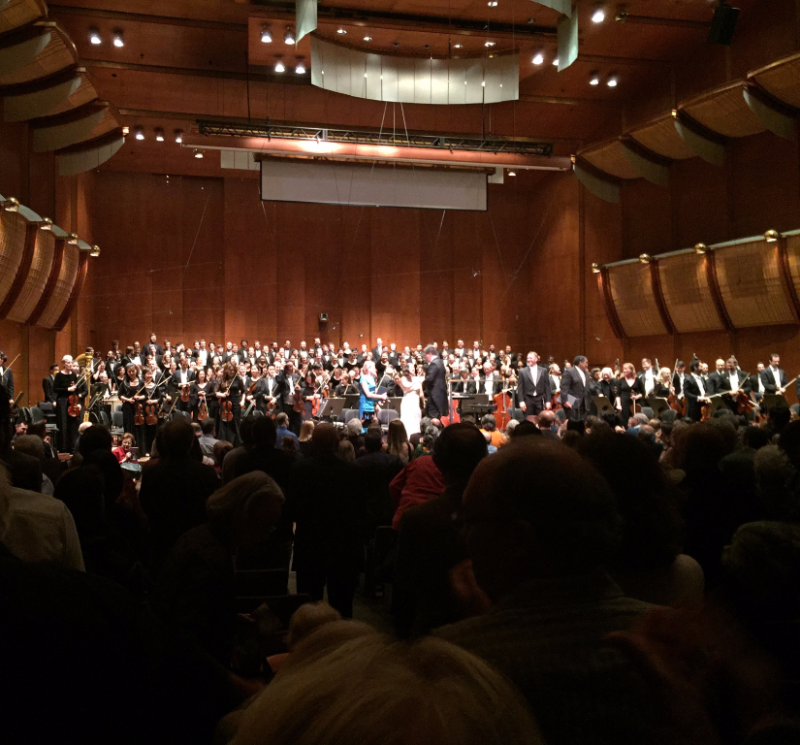 Last weekend, I was privileged to hear Alan Gilbert lead the fine musicians of the New York Philharmonic in a pair of Viennese choral works that, while radically different, shared the same ferocious energy and enthusiasm. Arnold Schoenberg's A Survivor from Warsaw, Op.46  is a brief cantata composed as a tribute to Holocaust victims. The work's narrative depicts a Nazi sergeant as he barks orders at a group of Jewish men in a Warsaw ghetto. The performance commanded attention from the start, as harsh note-clusters (utilizing Schoenberg's signature twelve-tone method) from the horns and woodwinds punctuated moments of lighter instrumental texture. The orchestra took a backseat when soloist Gabriel Ebert took sonic and visual focus as he performed the German text, which is composed in sprechstimme, a vocal style that blurs the line between singing and spoken word.  Moments after the solo, the men of the Westminster Symphonic Choir marched down the aisles of the hall, boldly and defiantly responding to their oppressor.  An overwhelming crescendo led to a stirring and, for me, haunting conclusion.

Beethoven's Symphony No. 9 - and specifically his “Ode to Joy” theme - is arguably one of the best-known symphonies in the musical canon, so in the hands of a lesser orchestra, the 70 minute symphony might feel to some listeners like having to eat your vegetables before getting your dessert. (Or not, as the Greenwhich Village Orchestra proved in March.) Fortunately, the Philharmonic's careful attention to balance and dynamics made for a highly-rewarding experience throughout the performance. Melodic motifs established in the second movement reappeared in pristine clarity in the last -- a big payoff for those listeners paying close attention. At its climax, the “Ode to Joy” dazzled and delighted. The Westminster Symphonic Choir, along with the brilliant soloists Camilla Tilling, Daniela Mack, Joseph Kaiser, and Eric Owens, sang with exuberance and energy, hitting several shiver-inducing high notes. Overall, it was a thrilling Saturday night in Geffen Hall. 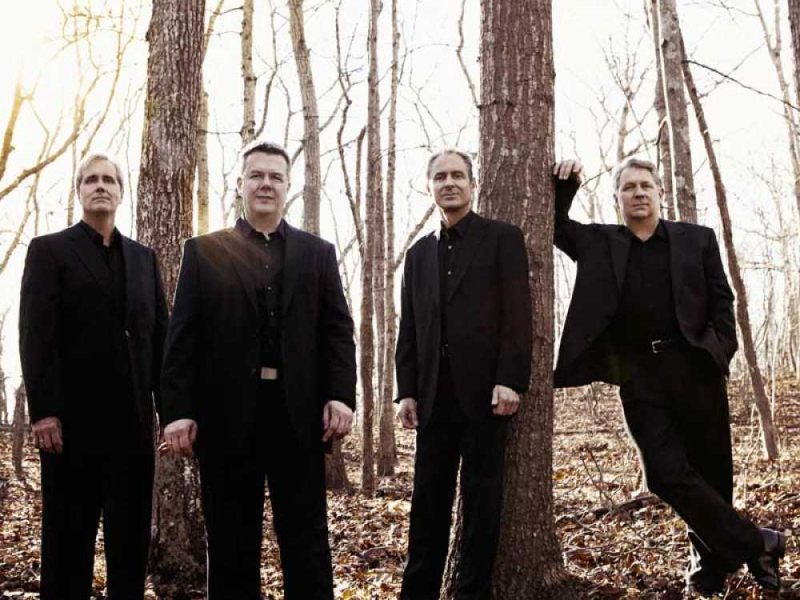 It's been a little bit since we did a ticket giveaway, so I'm excited that we have THREE PAIRS of tickets to see the world-renowned Emerson String Quartet this Sunday afternoon at Carnegie Hall. And, it's a killer program: Ravel's stunning quartet, Berg's rarely heard Quartet No. 3, and Brahms Piano Quintet with Marc-Andre Hamelin, who's replacing Yefim Bronfman.