Dawn of Midi and Mashrou' Leila at BRIC Celebrate Brooklyn! 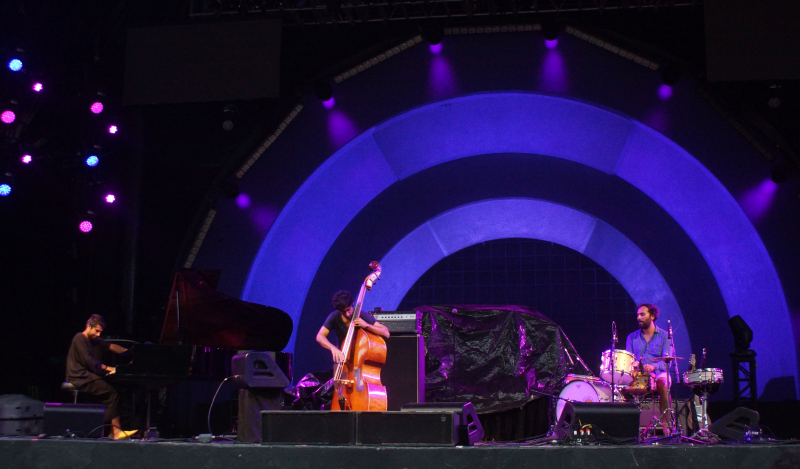 Those that braved the rain Saturday night at BRIC Celebrate Brooklyn! got to see a pair of acts that are pushing both musical and geographical boundaries. Lebanese rock outfit Mashrou' Leila sang about the politics of exclusion and racism in their home country with their hearts on their sleeves. They clearly have an adoring fan base, many of whom turned out in force to support, but with the lyrics all in Arabic and their music mostly one-dimensional, the impact was lost on me.

Personally, I was fascinated by openers Dawn of Midi: three Indian-Americans - bassist Aakaash Israni, pianist Amino Belyamani and drummer Qasim Naqvi - who started playing together in L.A. 10 years ago, and now live in Brooklyn. Along the way, they've accumulated some pretty big fans, including Radiohead, who asked them to open for them during two shows at MSG last year. Dawn of Midi's setup is that of a standard jazz trio, but their sound is anything but: using only acoustic instruments, they mimicked the repetitive pulses and beats of electronic so effectively, a good part of the audience could be seen bobbing their heads to it. 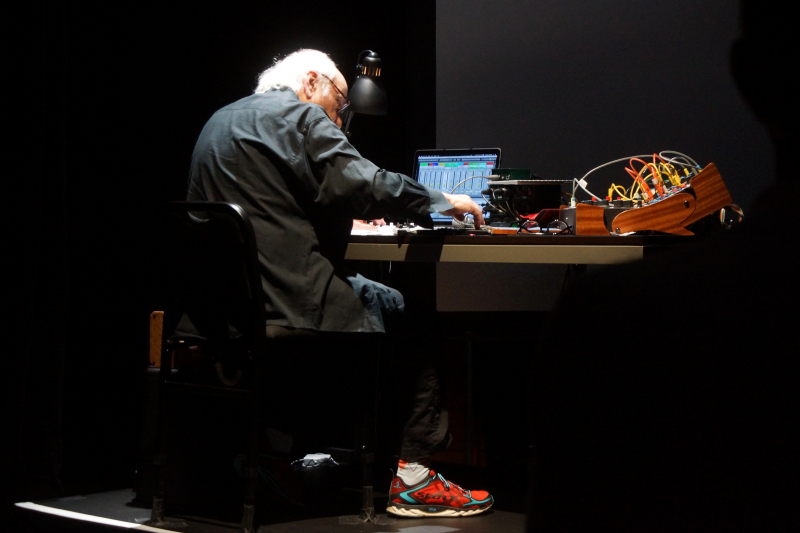 For all those who think electronic music started with Frankie Knuckles in Chicago, or the Belleville Three in Detroit, a tutorial of sorts was provided by the Lincoln Center Festival this week, which invited pioneering electronic composer Morton Subotnick to perform his seminal work Silver Apples of the Moon on the occasion of its 50th anniversary. It might seem ironic to stage a work that was originally designed to be heard in the privacy of one's home, but Subotnick - like most musicians - has come to embrace the pleasures of live performance.

For this performance, Subotnick - now 84 - "revisited" the composition, updating his original Buchla Box (which he co-created with Don Buchla) with a hybrid Ableton-Buchla instrument that allowed for a mix of live and recorded electronics. The music - which was split into 8 channels - was strange and hallucinatory at first, then rhythmic and propulsive. Sitting alone at a table filled with wires and various control pads, Subotnick was in complete command of the proceedings, bringing to mind another electronic composer I caught in the autumn of his career. 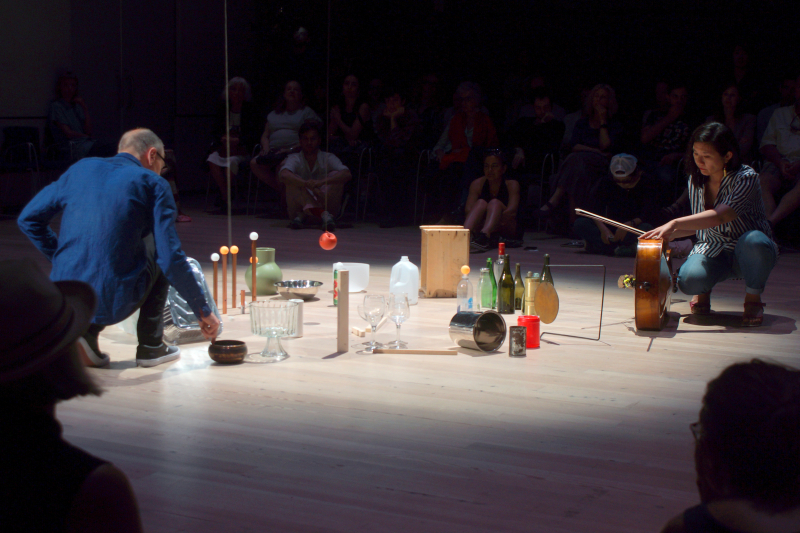 In 1932, artist and sculptor Alexander Calder devised Small Sphere and Heavy Sphere, Calder's first hanging mobile and one of the first works that sought to blend visual and performance art with sound. Consisting of a heavy iron sphere and a smaller wooden one that hang on either end of a horizontal iron rod, the work is activated by setting the spheres in motion, creating an delicate cacophony by crashing into a collection of household items.

The Whitney, which is currently displaying a show of Calder's mobiles and motor-powered works, invited turntablist and sound artist Christian Marclay and cellist Okkyung Lee to stage Small Sphere and Heavy Sphere last week in the Susan and John Hess Family Theater. Marclay laid out the objects on the floor - wine bottles, copper chimes, cermaic bowls - while Lee walked around the room, dragging and occasionally playing her cello. It was less music than John Cage-like aleatory (which, of course, Cage would vehemently call music), along with some occasional accidental humor, such as when a Mrs. Fields cookie tin twice rolled across the floor until it crashed into the audience.

The Whitney's "Calder: Hypermobility" remains on display through October 23, with daily activations of Calder's sculptures, along with additional performances by JACK Quartet, Arto Lindsay, C. Spencer Yeh and others. More info on the Whitney's website. More pictures here.