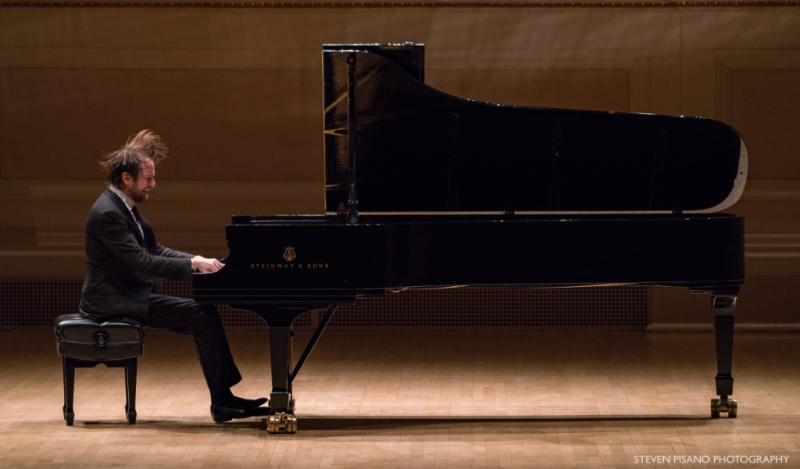 In the Playbill for his solo concert at Carnegie Hall, the portrait of Russian pianist Daniil Trifonov taken by celebrity photographer Dario Acosta shows a groomed young man, hair slicked down, short beard well-manicured, his steady gaze a study in relaxed intensity. And maybe Mr. Trifonov actually looks like this if you come across him anywhere but on stage. But seat him at a piano, and what you will see is a quietly simmering wild man. His hair explodes off the top of his head as he jumps up from his bench like a rock and roll guitarist reeling off a lick. Then he leans over like a hunchbacked drunk, practically kissing the keys. He stretches back like a cat, smiling, almost laughing with joy. Then just as suddenly, he grimaces as if the music hurts. At all times, he looks as if the music is running through him like a high-watt electric current straight to the piano keys.

On Saturday night, Trifonov presented a program called Hommage a Chopin, performing Chopin's Piano Sonata No. 2 in B-flat Minor, Op. 35 alongside works inspired by Chopin, including pieces by Frederic Mompou, Robert Schumann, Edvard Grieg, Samuel Barber, Pyotr Ilyich Tchaikovsky, and Sergei Rachmaninoff. At 26, Trifonov has quickly earned a reputation as one of the finest pianists of his generation. His recording last year of Franz Liszt's Transcendental Etudes (Deutsche Grammophon) was named by the New York Times as one of the best classical recordings of the year, while Gramophone magazine named him the 2016 Artist of the Year.

by Steven Pisano and FoM 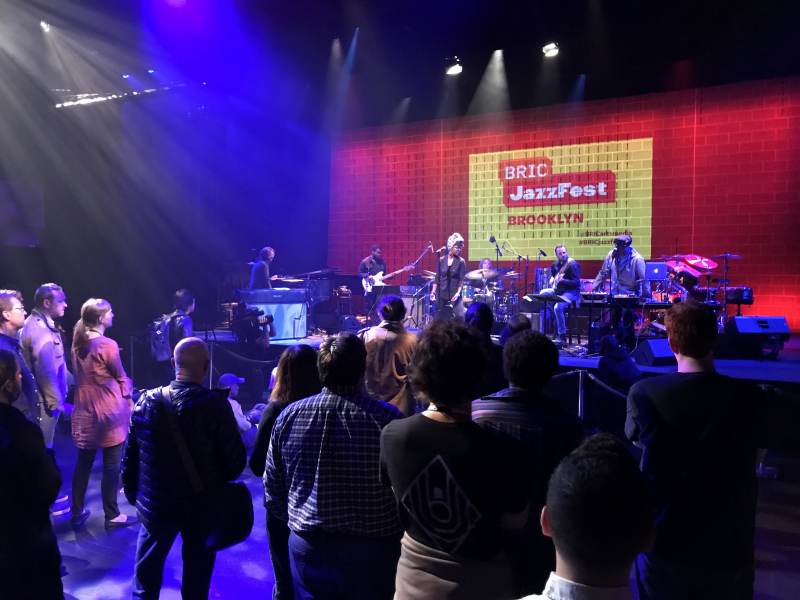 Last weekend, BRIC hosted its third annual three-night JazzFest marathon, which back in 2015 instantly became a mecca for adventurous jazz fans looking to hear a wide-ranging array of jazz styles. This year's festival kept that tradition going, revisiting old faithfuls and discovering new talent on the rise. There were also new bands put together by veterans of the scene, such as drummer Terri Lyne Carrington's Social Science, featuring a singer and MC delivering emotional lyrics inspired by police brutality and our polarizing political climate. Upstarts included Sharel Cassity's forward-leaning Elektra and the elegant, ethereal singer Kavita Shah. Guitarist Binky Griptite (formerly of Sharon Jones and the Dap Kings) led a swinging band that inspired more than a few dancers, while Mexico's Troker straddled the line between jazz and funk. The venerable Sun Ra Arkestra, now in it's 65th year, closed out the night. 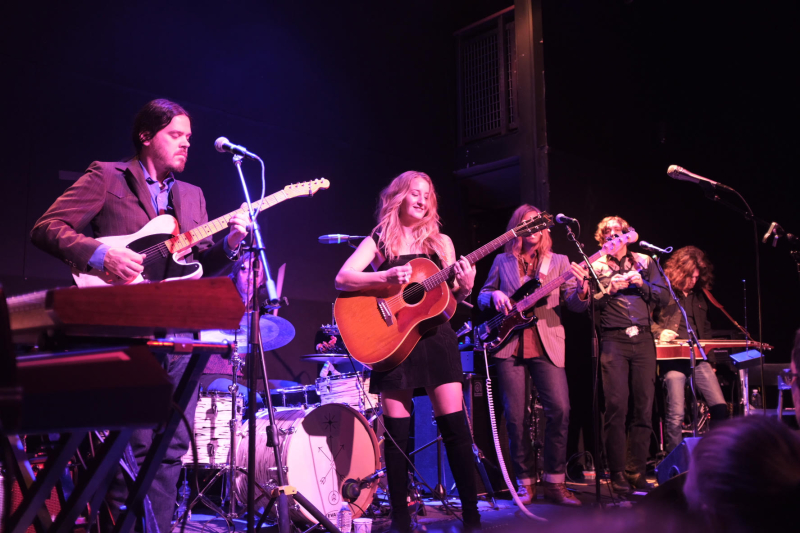 I don’t love Margo Price simply because she’s saving country music, or because she can mesmerize an audience with a simple sway of the shoulder or scrunch of the nose. I don’t I love her because she's rejected the industry tropes that prescribe what an artist in 2017 should sing and say, or because she possesses a presence that threatens to bust the stage beneath her. I love Margo Price for all of these reasons - but mostly, because her songs remind us what it means to be human.

On Thursday night at Brooklyn’s Rough Trade, Margo Price and her band celebrated the release of her second album All American Made, one that weaves together the tattered and frayed threads of American tapestry and has garnered praise from veritable publications like The Washington Post and The New York Times. In a house packed with black leather and suede fringe, fans of this rising country revivalist had no trouble singing along to songs the band just started performing.

All American Made features songs weighed down by the sourness of a country gone wrong, be it the antithetical views of working women or the plights faced by the down-and-out. The title track is a poignant, personal song that retraces a childhood memory of when Price’s family lost their farm in Illinois. (“And my uncle started drinking when the bank denied the loan/But now it’s liver failure/And his Mad Cow’s being cloned/It’s all American made.”) At Rough Trade, Price and husband Jeremy Ivey’s acoustic performance transfixed the crowd; not a word was spoken, and not a single person looked at their phone. We were all taken to the bottom of her heavy heart. Or at least that’s how I remember it. 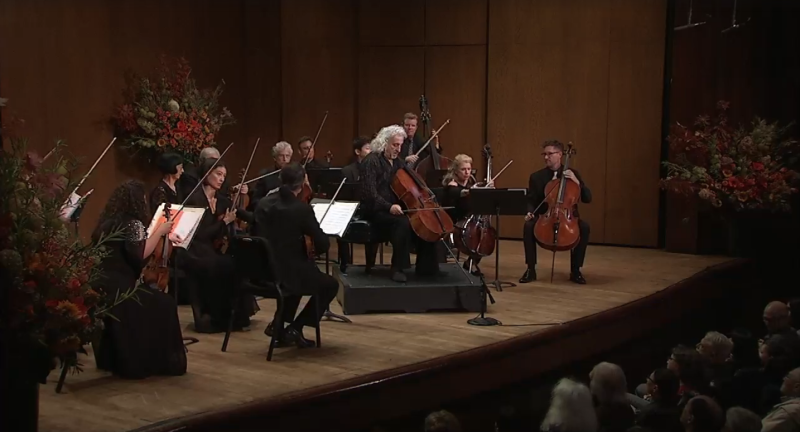 The 92Y’s season kicked off last Thursday with Orpheus Chamber Orchestra — best known for their conductor-less performances — performing with cellist Mischa Maisky. Schubert’s beloved “Arpeggione” Sonata, arranged for cello and string orchestra by Dobrinka Tabakova, was bookended by Anton Arensky’s Variations on a Theme by Tchaikovsky, and Tchaikovsky’s own Serenade for Strings.

Beginning life as as the slow movement of Arensky’s String Quartet No. 2, the variations on Tchaikovsky’s “Legend” from his Sixteen Children’s Songs were composed the year after Tchaikovsky’s death as a tribute to the late composer. Arensky's seven variations and coda all stay fairly close to the hymn-like theme. Particularly notable was the the fifth variation (Andante), which was given an exceptionally beautiful rendition.

Tchiakovsky's Serenade for Strings is written in Neo-Classical mode, and Orpheus delivered with Mozartian transparency and articulation. In the stately introduction, the noble theme was a given a warm reading and there was buoyancy and character in the main allegro section. The gracious Valse was sunny and light, while the Élégie was robust and evocative before teasing out bits of Russian flair tucked into the niceties of the finale.