"We Shall Not Be Moved" at the Apollo Theater 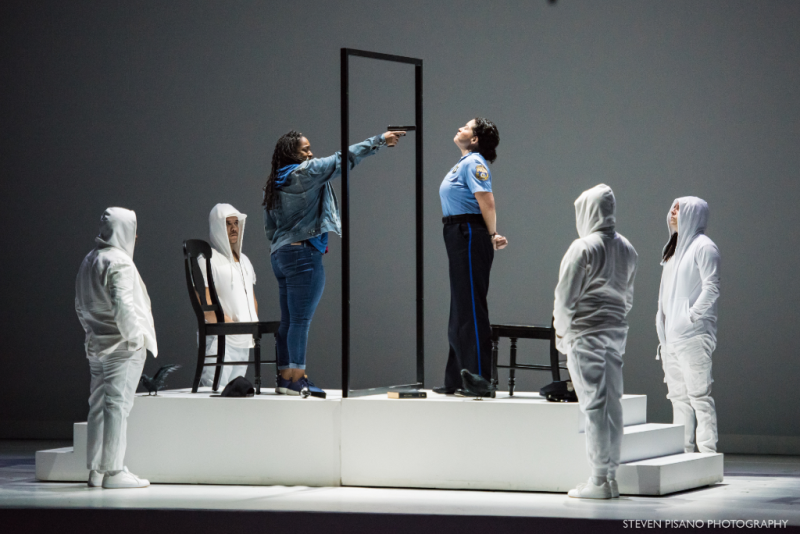 "We Shall Not Be Moved," which played at the Apollo Theater this week following its world premiere at Opera Philadelphia last month, is an urban opera that riffs on the history of the radical political group MOVE. Established in Philadelphia the early 1970s by John Africa (born Vincent Leaphart), MOVE is vividly remembered for several violent confrontations with the police - including a 1985 firefight that killed 11 MOVE members (including 5 children) and which destroyed over 60 houses.

Against this intensely violent background, composer Daniel Bernard Roumain, librettist Marc Bamuthi Joseph, and director Bill T. Jones have written a contemporary story of urban struggle. Five teenagers, who have veered in and out of trouble, find their school has been closed, so they squat in an abandoned house in West Philadelphia - which just so happens to be the former MOVE headquarters from the 1980s. The house is populated by peaceful ghosts dressed in gray sweatsuits who dance through the house and try to guide the teens.

But the teens have also caught the eye of Glenda, the local beat cop. She wonders why they are not in school during the day, and eventually their interactions escalate until one day the police officer accidentally discharges her gun and shoots one of the kids. The young people grab her gun, then hold her captive, not knowing exactly what to do now that everything has suddenly spun out of control.

Continue reading ""We Shall Not Be Moved" at the Apollo Theater" » 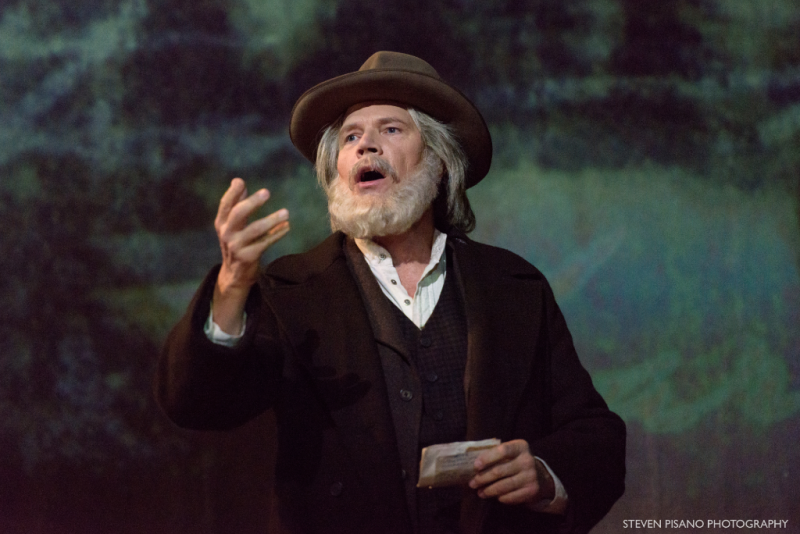 The Civil War may have ended more than 150 years ago, yet in many ways our country has never fully recovered. The recent protests over removing Confederate statues from public locations have shown just how shallow - and how hurting - the wounds from that episode in our history still are. To be sure, we've come a long way since the 1860s, but we are still a nation divided. Not Blue and Gray any longer, but Blue and Red.

If opera is generally thought to be drama writ large, then the Civil War could be considered the greatest opera in American history, with brother killing brother hand-to-hand, and thousands of soldiers dying in a single day. So it's interesting that the young composer Matthew Aucoin, in his 2015 opera Crossing, explores a more intimate side of the war through Walt Whitman's diary, in which he writes about volunteering as a wartime nurse tending to wounded Union soldiers. But while the setting is small, the themes in Aucoin's opera are timeless--love, faith, betrayal, life, death, transcendence.

Aucoin, 27, composes music of a very high caliber, writes his own literate librettos, and is one of the most respected young conductor/composers in the country. (Crossing, Aucoin's third opera, was written when he was only 25.) First performed at American Repertory Theater in Boston (Aucoin studied poetry at Harvard), Crossing is having its New York premiere this week at the Brooklyn Academy of Music as part of the annual Next Wave Festival.