By Dan Lehner and Pete Matthews 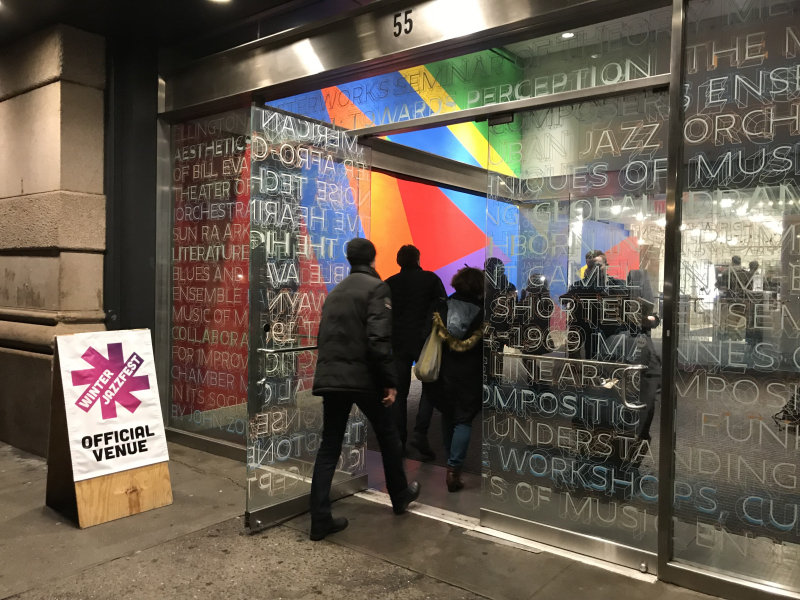 Night two of the 2018 Winter Jazzfest Marathon began in the intimate fifth floor theater at The New School, where a crack team of trombonists were paying homage to the uniquely blithe and expressive spirit of Roswell Rudd. Art Baron honored Rudd's famously potent physical presence by "sanctifying" the room, facing each of the four walls and blessing them with little music segments, before launching into a sweet, genuine, plunger-and-pixie mute rendition of Ellington's "I Got it Bad". Brian Drye honored Rudd with his original "For Roswell", a gentle, folkish tune embellished with multiphonics and little mouth pops and swishes, ending with "Pannonica" (a nod to the Roswell Rudd/Steve Lacy recordings of Monk tunes). Josh Roseman's performance recalled some of his playing on his own "Treats for the Nightwalker", imbued with dubby wah's and hisses through a Harmon mute, and seemed to relate closely to Rudd's later work in the realm of world music.

By Dan Lehner and Pete Matthews 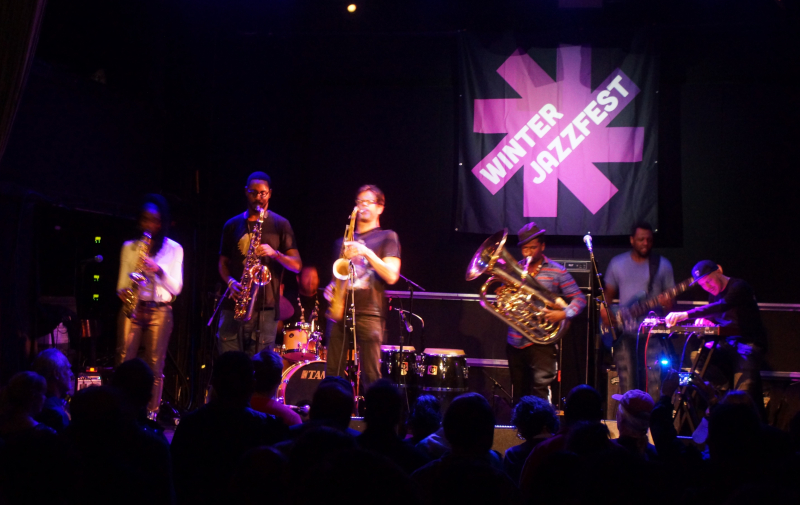 New York is nothing if not a land of contrasts, so it was jarring if not totally surprising to slog through a warmer-than-usual rain storm on Friday’s Winter Jazzfest Marathon having just experienced a colder-than-usual near-sub-zero snowstorm only a week prior. However, New York is also full of tough natives and intrepid tourists, so no crowd was too deterred to pack and hop between the 11 venues (on the third of a record eight-day-long WJF) to see new configurations, old favorites and adventurous mixtures of the two on the first marathon night.

Over at Zinc Bar, alto saxophonist Caleb Curtis was both riding and twisting a robust swing in trumpeter Josh Lawrence’s Color Theory, punctuating flowing melodic lines with wild zig-zags in unexpected directions at unexpected times. Propelled by drummer Anwar Marshall, bassist Luques Curtis and a rare Fender Rhodes/piano team of Zaccai Curtis and Orrin Evans, Lawrence’s beautiful and ambidextrous writing would alternate between gentle tippin’ and Blakeyesque group runs that would cluster around close harmony (sometimes on the same tune). One piece would have Lawrence and Curtis gently flicking specks of color on an orchestral canvas, then a faster one would show off Lawrence’s deftness as he carefully constructed, expanded and contracted melodic cells, all while never losing his mature, relaxed trumpet sound.