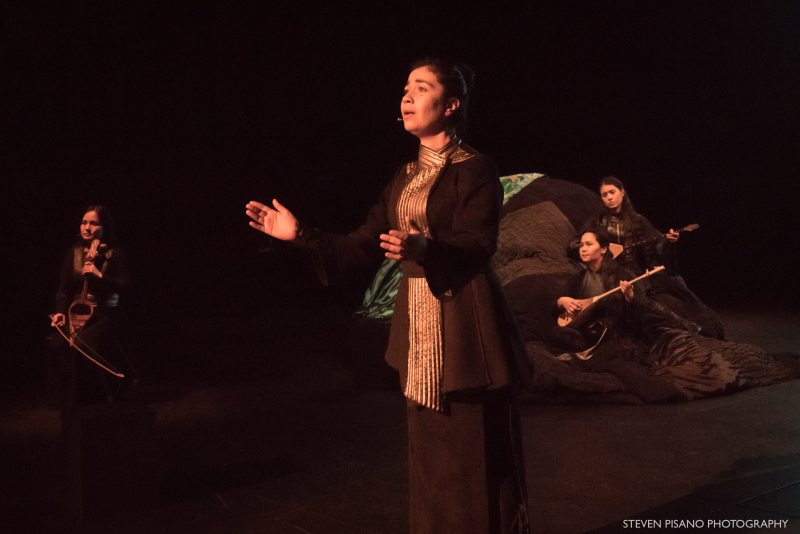 The epic story of Gulayim, a teenage female warrior from Uzbekistan who banded 40 female warriors together to fight off invaders, resonates with today's headlines of women fighting back against male power, even though it tells a partly historical, partly mythic story from Central Asia that is centuries old. "Qyrq Qyz" (pronounced close to "kirk kiz") has been passed down by way of oral tradition to the present day, and it is said that almost everyone who lives in one of the "-stans" knows some version of it.

At the Brooklyn Academy of Music this weekend, sold-out audiences were treated to a contemporary telling of the story directed by Saodat Ismailova, a theater artist and filmmaker who has shuttled her work between Tashkent and Paris. With music composed by Dmitri Yanov-Yanovsky that combines traditional folk motifs from the region  with more modern ambient music, the production featured musicians on stage, playing traditional instruments and singing.

Meredith Monk's "Cellular Songs" at the Brooklyn Academy of Music 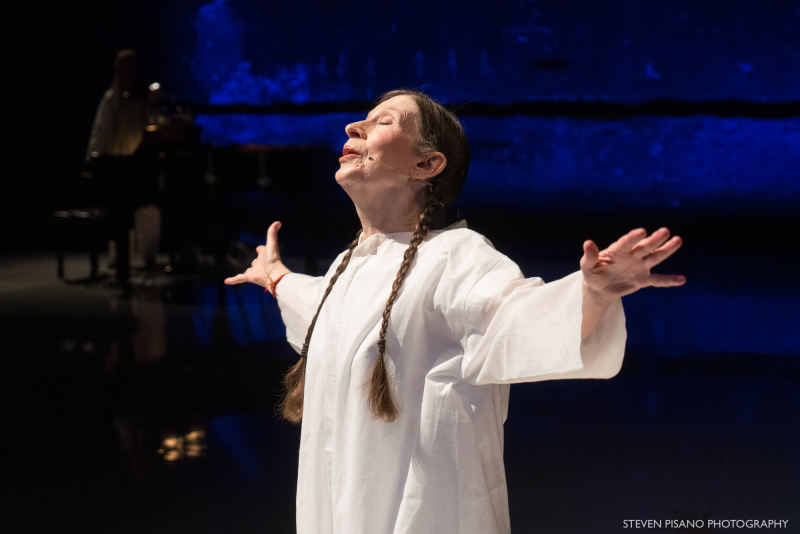 A new work by Meredith Monk is always a cause for celebration. Her performances, which always feature a magical combination of singing, dancing, and visuals, never fail to provoke the mind, even as they entertain. Always more interested in the textures of the voice as instrument, rather than simply a conveyance to sing a song, Monk has long been one of the most extraordinary vocalists of the last 50 years.

Monk's new work, Cellular Songs, is playing at the Harvey Theater at BAM through this weekend. Cellular Songs is sparer than the last work Monk presented at BAM: the brilliant On Behalf of Nature, which played three seasons ago. That work was a rich whirlwind of colors in the sets and in the costumes, and was brimming with Monk's trademark chant-like singing.

In Cellular Songs, Monk sings with less force than she has in the past, but even in her mid-70s now, she can still entice your ears in a way only she can. If you've only heard her on recordings or in videos, you've missed the special experience it is to hear her sing in person.

In the centennial year of the celebrated conductor, pianist, and composer Leonard Bernstein, there are plenty of options for celebration. Feast of Music is giving away THREE PAIRS of tickets to Bernstein's only opera, A Quiet Place. Next Tuesday's performance will be by the Curtis Opera Theater at the

Kaye Playhouse at 8 pm.Here's how to enter: