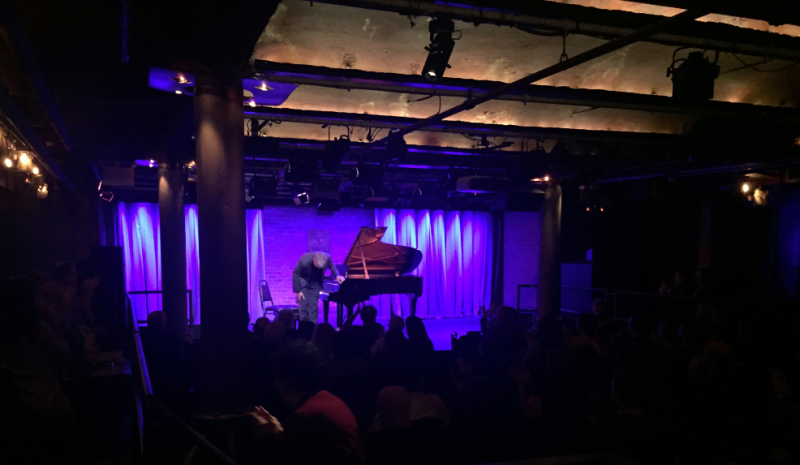 When SubCulture announced in July 2015 that they were “re-structuring their business model” and cancelling the majority of their lineup, many faithful concert-goers fretted about losing this intimate, inviting venue for good. Luckily, over two years later, it’s still here - though indeed the business model has changed.  Now there are far fewer artists on the calendar, with more focus on residencies and concert series.

When I stopped in Wednesday night to hear pianist Ian Hobson perform part six of his eight-part concert series of Debussy and Ravel pieces for piano, I figured he must know his way around the instrument quite well. After all, the now highly-selective venue booked him for eight programs. And my hunch was correct: Hobson, a native Englishman, channeled every ounce of impressionistic beauty in selections from two of France’s beloved composers.

Hobson opened his set with a series of four Debussy works. Berceuse heroique entered like a slow funeral march, gradually building momentum until the climax. Valse and Mazurka are more sprightly numbers, so Hobson’s fingers lightly danced and frolicked across the keys, whereas the Nocturne was grander, darker, requiring a heavier hand.

"Intolerance" by the American Symphony Orchestra at Carnegie Hall 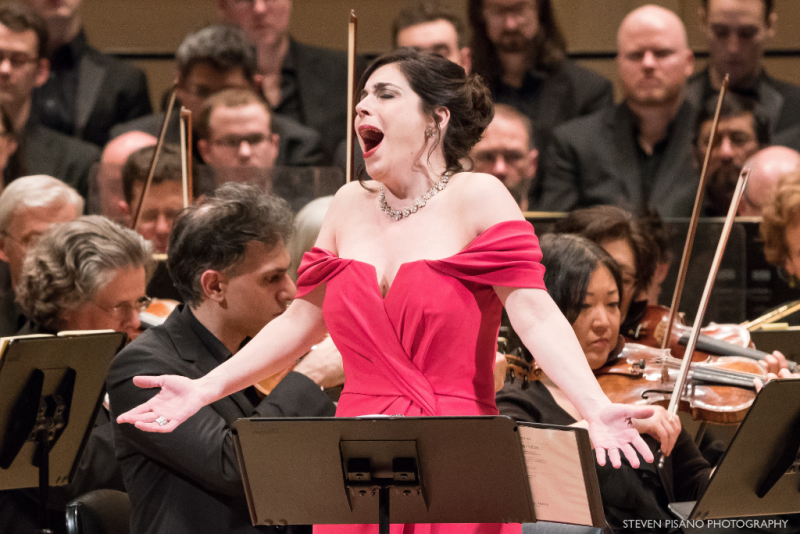 In the early 1960s, memories of Fascism and Nazism were still fresh in the collective memory of Europe. In Italy, the hateful, xenophobic government of Benito Mussolini had left deep scars on the nation, and the composer Luigi Nono, in a commission from the Venice Biennale, tried to confront these memories by writing his first opera, Intolleranza (Intolerance), dedicated to his father-in-law, Arnold Schoenberg. Last Thursday, the American Symphony Orchestra and Bard Festival Chorale, under the direction of music director Leon Botstein, revived Intolleranza at Carnegie Hall.

In the story, a migrant yearns to return to his homeland from where he has been working in a mine. Along the way, he encounters social protests in the streets, he is wrongfully arrested by the police, and he is thrown in prison and tortured. His desire to simply return home transforms into a zealous passion to fight for a better world, against bureaucracy and governments and social hate. He escapes prison, and along with a woman companion, finally makes his way to the river that borders his homeland, but the river swells over its banks and swallows everything - including the migrant and his companion.

It is a story with many resonant ties to our modern world, where millions of refugees have fled from war across Europe, and where in our own country we still are firmly under the sway of the fears engendered by the attacks on September 11, from which were about as far as World War II was for Nono in 1961 when he composed Intolleranza.

"Written on Skin" at Opera Philadelphia 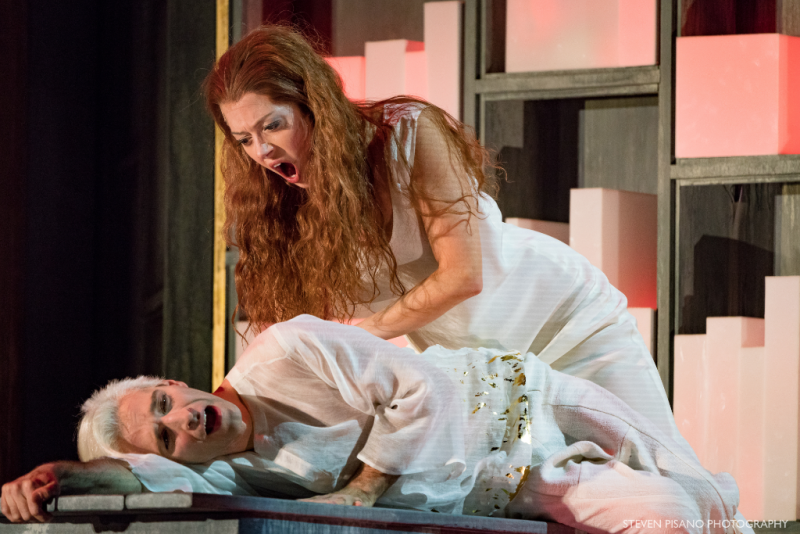 Proclaimed an instant modern masterpiece when it premiered almost 6 years ago at the Aix-en-Provence Festival, George Benjamin and Martin Crimp's opera Written on Skin recently received its American premiere at the increasingly edgy Opera Philadelphia under the direction of William Kerley and the musical direction of Corrado Rovaris.

Originally produced in an earthy and rugged style, which was videotaped and released on DVD, the opera has been reimagined in a more sophisticated, almost futuristic staging by Tom Rogers, who also designed the costumes. Loosely based upon the story of Guillem de Cabestany, a Catalan troubadour who lived at the turn of the 13th century, the narrative can be interpreted in different ways.

The basic thrust is that a rich landowner commissions an artist to create a celebratory illuminated manuscript of his life (making sure his enemies are depicted in Hell). The man's wife is excited by the possibilities that the book presents, and begins a sexual relationship with the artist. But because the illuminated manuscript tells all, the landowner soon reads about his wife's betrayal in the book's pages. Enraged, the landowner hunts down the artist, carves out his heart, and serves it as dinner to his wife, who then leaps to her death from a balcony when she learns what she has devoured.