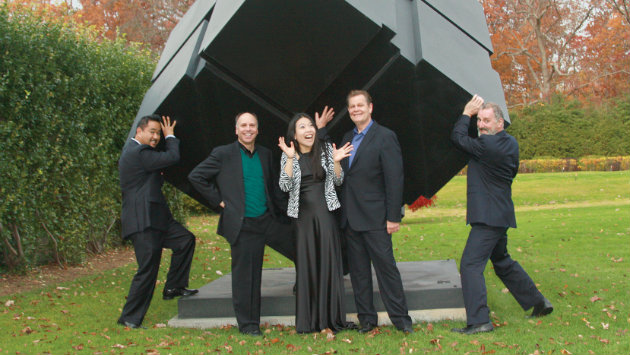 The love triangle between Johannes Brahms and Robert and Clara Schumann has often been depicted in music, novels, and film. This week, the Alexander String Quartet appears at Baruch College's Rosalyn and Irwin Engelman Recital Hall with a three-concert series (April 25-29) dedicated to the chamber music of these three romantic composers, including string quartets, piano trios and quintets (with pianist Joyce Yang), songs (with mezzo-soprano Kindra Scharich) and more. Tickets and additional info can be found on the Baruch College website.

1. Email Pete@feastofmusic.com with your name and preferred date  -OR-

Julianna Barwick and ModernMedieval at the Ecstatic Music Festival 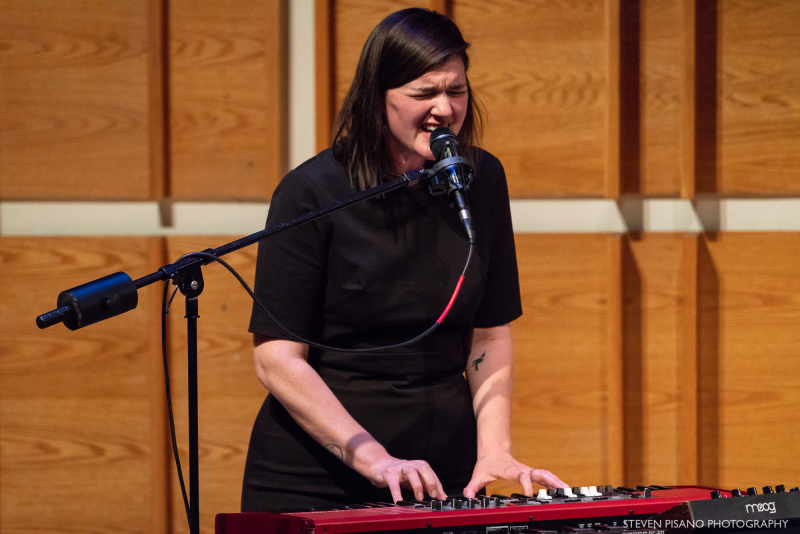 Since 2011, the Ecstatic Music Festival at Merkin Concert Hall has presented collaborative concerts by performers and composers in the alternative and classical music scenes. On Thursday, Julianna Barwick and ModernMedieval teamed up for a night of ethereally beautiful vocal music.

Barwick revealed in her on-stage interview with WNYC's John Schaefer that she came to her style of music after several failed attempts at traditional pop music, which left her bored and unfulfilled until somebody introduced her to a loop pedal. Actual words are besides the point in Barwick's gorgeous vocals, which are all about sound. At one point, Schaefer asked her about Meredith Monk, whom Barwick said she admired but who she only came to know after she had been singing her own way for quite some time. (Monk is in her mid 70s, Barwick in her late 30s.) Barwick's singing is dreamy, crystalline, and pure--as you might expect from the daughter of a Louisiana pastor who started singing in church--but it is not at all spacey or annoyingly precious like many New Age singers. There is something deeply sacred about the music, even in its secular-ness.

Barwick's set ended with "The Harbinger," one of the standout tracks from her 2013 album Nepenthe. Barwick recounted how she has performed this majestic song dozens of times with different groups of back-up singers, ranging from a group of 10-yr-old boys to a group of teenage girls, each time the performance taking on a slightly different character. At the same time, she said that her loop pedal has allowed her to perform it many times alone. (One can only imagine the "Hallelujah Chorus" performed with such a gadget.) 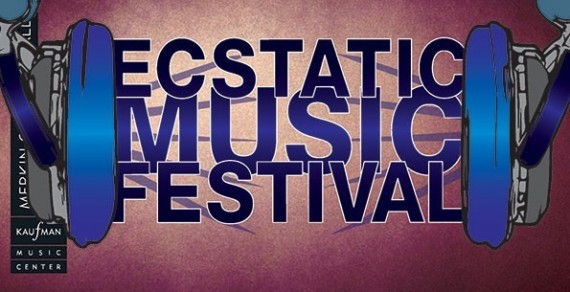 The Ecstatic Music Festival continues to be one of the best places find and celebrate the ongoing synthesis between the classical and pop worlds. On April 19th, the festival will bring ModernMedieval and Julianna Barwick to the Kaufman Music Center stage.

Barwick is best known for looping her powerfully emotive voice to stunning effect. The festival has commisioned her for a collaboration with the trio ModernMedieval who seek to find and explore connections between medieval and contemporary music. The program will also feature commissions by Pulitzer Prize winner Caroline Shaw and Caleb Burhans.

Feast of Music is giving away THREE PAIRS of tickets to the performance on April 19th at the Kaufman Music Center.