"Aida" by Regina Opera in Brooklyn Now wrapping up its 48th season, the Regina Opera company in Brooklyn performs in the auditorium of a school, Our Lady of Perpetual Help Catholic Academy of Brooklyn, in Sunset Park. It is not a gold-encrusted  palace of theater and music like the Metropolitan Opera or the Academy of Music in Philadelphia. The singers do not have exclusive recording contracts with major labels. The scenery is not bigger than the buildings in most small towns.

And yet...just off the busy 59th Street subway station of the N and R trains, the Regina Opera company is currently presenting a knockout production of Giuseppe Verdi's massive warhorse, Aida. There are no elephants, no legions of slaves, no massive life-size temples in the desert. But what there is is simple but effective staging, a lively orchestra, and above it all, uniformly glorious singing. It is a solid treat for the ears from beginning to end, and if you are an opera lover, or only a Verdi lover, it is well worth  travelling to see it, as it only plays two weekends as part of the 2018 New York OperaFest. 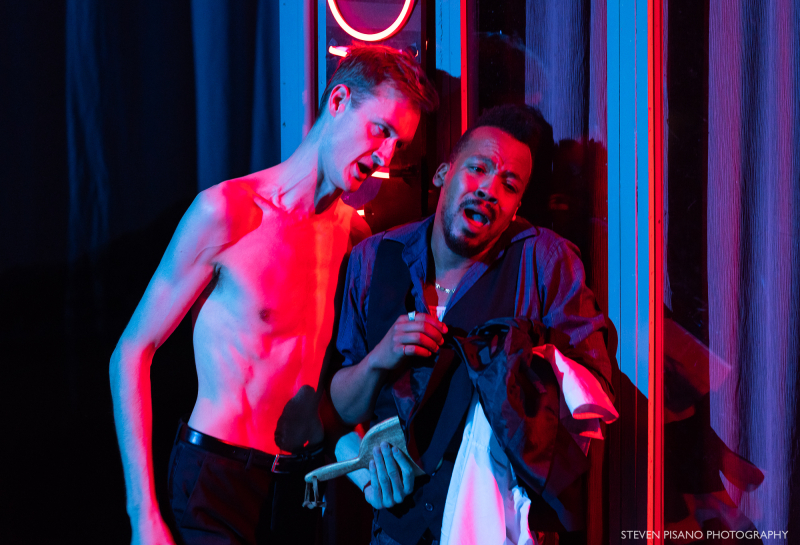 Heartbeat Opera is one of a number of smaller opera companies seeking to maintain traditional opera as a vital force in the twenty-first century by reimagining works from the canon in edgy new ways that mirror the electric productions of contemporary operas put on by the likes of the Prototype Festival, Opera Philadelphia, and Nashville Opera. It is as if the folks at Heartbeat view Mozart, Donizetti, Beethoven, and so on, as being every bit on the current scene as David T. Little, Missy Mazzoli, Kevin Puts, and other contemporary opera-composing stars.

That can be a very exciting endeavor, producing traditional operas less as historical artifacts and more as essential works that still have meaningful relevance to today's binge-watching audiences. At the same time, for purists, it can be akin to heresy. Traditionalists are accustomed to turning a blind eye toward nips and tucks that trim bloated works from the past, but Heartbeat Opera goes further. Not simply content to apply window dressing to accommodate modern tastes and attention spans, they wrestle old operas onto the table, dissect them from the inside, then put all the parts back together in a way that sometimes stays true to the original and other times veers far astray. In many ways, the result is less an interpretation than a collaboration across time--the composers and librettists from two centuries ago paired with the theater artists of today.

As part of the 2018 New York OperaFest now playing through June all around town, Heartbeat Opera is presenting Mozart's Don Giovanni and Beethoven's Fidelio at the Baruch Performing Arts Center. Both productions feature stellar young casts in exciting, stripped-down productions that burn brightly both musically and theatrically. 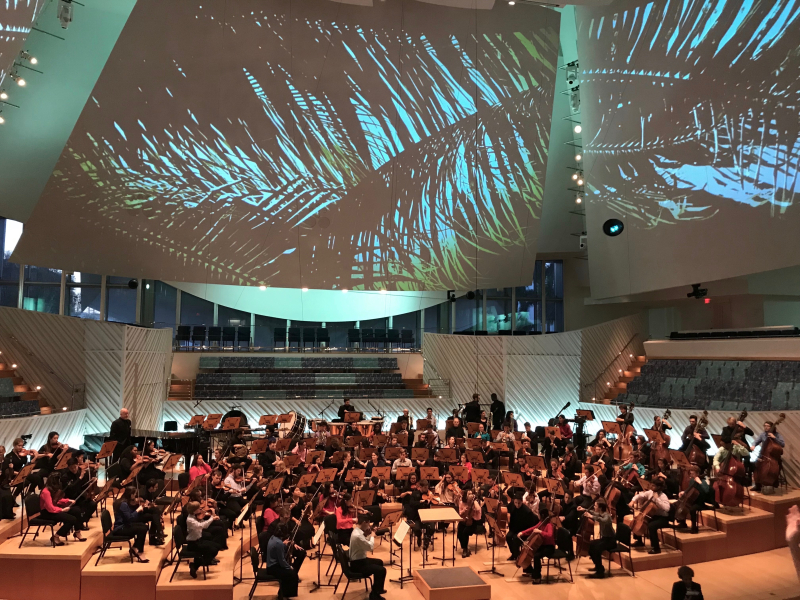 MIAMI BEACH, FL - When most folks plan their vacation to South Beach, Florida, they likely dream of days spent lounging around pools in stylish art deco hotels, or sunning along the long, wide strip of ocean beach. At night, they might grab dinner al fresco, then dress to the nines in an attempt to gain entry to some trendy hotspot where they can while away the hours dancing, prancing, or just lying around. When it's 80 degrees here and 30° back home, there are worse ways to spend a long weekend.

But, for those who think evenings in Miami Beach are confined to bass beats and overpriced cocktails, consider the New World Symphony, which turned thirty years old this year. I've been a longtime fan of this intrepid youth orchestra/academy, made up of 87 talented young musicians from across the U.S. and, increasingly, from around the world. Like Tanglewood, Aspen, and other post-conservatory programs, most come here to enhance their already-formidable skills in the hope of landing a position with a major orchestra. But instead of just one or two summers, at New World the fellows are given three years of all-expense-paid tuition, room and board - all just a stone's throw from the beach. Not a bad way to spend your post-college years.

In prior visits, my experience has been limited to performances in the sparkling, Frank Gehry-designed New World Center, which opened in 2011 and remains the best small concert hall in America (second only to Gehry's Disney Hall in L.A.) But, after spending three days in South Beach sitting in on rehearsals, discussions, and performances, I've come to realize that what appears onstage at the New World Center on any given night is just one facet of a sophisticated, technologically advanced organization that over three decades has evolved from humble beginnings into a premier training ground for the musicians of the 21st century.