"Proving Up" at the Miller Theatre 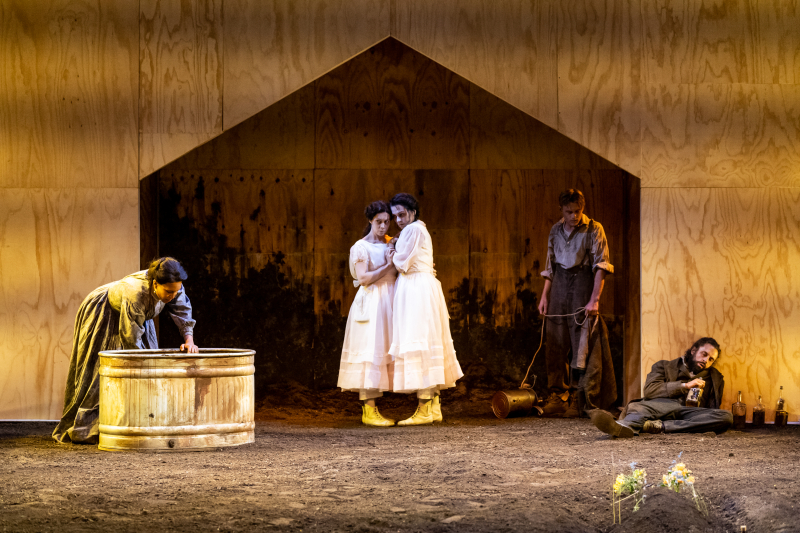 (Photos by Rob Davidson for the Miller Theater.)

"Proving Up," the new chamber opera by composer Missy Mazzoli and librettist Royce Vavrek, opened at the Miller Theatre Wednesday night, to an audience brimming with composers, singers, and directors in the contemporary NYC opera scene. A fellow photographer was overheard saying: "Screw the Met! This is the place to be" - a reference to the news earlier this week that the Met Opera has commissioned a new opera from Mazzoli based on George Saunders’s novel “Lincoln in the Bardo.”

Mazzoli and Vavrek are perhaps best known as the team responsible for 2016's "Breaking the Waves," based on the Lars von Trier film of the same name, which remains one of the standout productions I have seen in the last five years. But "Proving Up" - a co-commission with the Washington National Opera and Opera Omaha - proved to be something very different. Based on a short story by Karen Russell," it is a bleak, mysterious, and slow-moving work about the opening of the American West. In order to earn "free" land being offered by the U.S. Government via the Homestead Acts (known as "proving up"), settlers in Nebraska needed to abide by certain requirements, such as residing on the land for five years and making improvements to it. One of these "improvements" was that settlers install glass windows in their house. It is around one such window that this opera revolves.

The Zegner family has encountered many hardships. Two unnamed daughters (Abigail Nims and Cree Carrico) are dead and buried on the land, though they appear dramatically throughout the opera as mischievous symbols of death, reminiscent of the twin girls in Stanley Kubrick's film "The Shining."  Another older son, Peter (Sam Shapiro), has been seriously injured somehow. The youngest son, Miles, who is supposed to be 11, is played by a grown man (Michael Slattery). Late in the story, a mysterious stranger called "The Sodbuster" (Andrew Harris) appears, but he seems to muddy the story rather than add to it.

Continue reading ""Proving Up" at the Miller Theatre" » 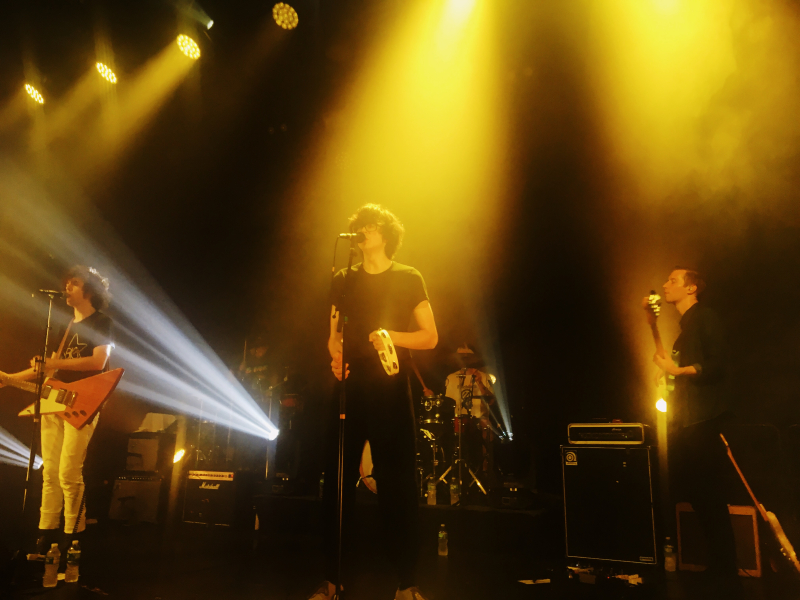 Seattle's Car Seat Headrest played two sold-out shows this past weekend at Williamsburg's Brooklyn Steel. The band is known for their unique lo-fi indie rock sound, which started out as the bedroom project of frontman Will Toledo, who built a following after putting his tracks out on Bandcamp. They started off their 12-song set with covers of Lou Reed’s “Waves of Fear” and Neil Young’s “Powderfinger”, continuing with originals from their albums Twin Fantasy, Teens of Denial, How to Leave Town, and Teens of Style.

Opening was Philadelphia's Don Babylon, which had a heavy-rock sound, and Seattle-based trio Naked Giants, playing a longer set of indie-infused songs. Both openers had an upbeat sound, starting the night off on the right foot.

For their encore, Car Seat Headrest was backed by Naked Giants, with Toledo sporting swim trunks as he danced around the stage. After a 14-minute version of “Beach Life-In-Death,” Naked Giants drummer Henry La Vallee brought a fan onstage to play cowbells during “Destroyed by Hippie Powers.” I must say, the GA pit at this show was the most intense one I’ve ever been in (including those at music festivals), as the fans were VERY passionate about their love for this music - despite it not quite being mosh pit material.

Car Seat Headrest will be playing a few more shows in the States before touring in Europe this fall. They return to New York on February 16 to open for Interpol at Madison Square Garden. More pics below.