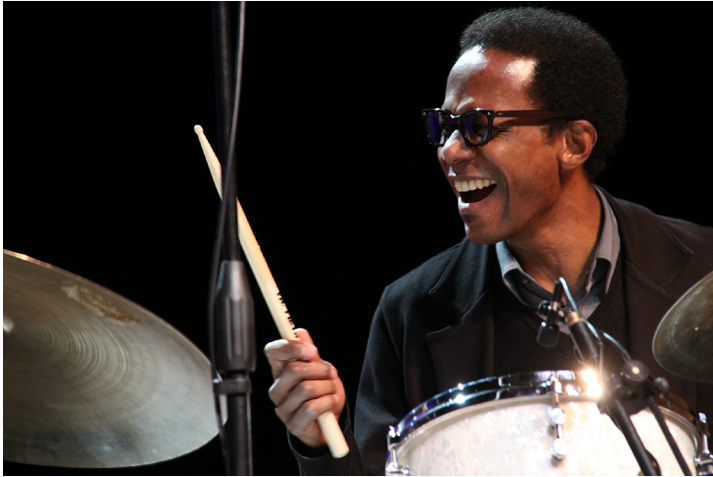 Last Sunday at the Jazz Standard, drummer Brian Blade’s current project, the sextet “Life Cycles,” took the stage and played a forty-five minute set of rapturous, original jazz tunes to an enthusiastic sold-out house. At least, I thought we’d just heard an original set of compositions. As the last note finished ringing, Blade stood up, lightly bowed, and with the soft-spoken cadence of a late-night jazz radio DJ, thanked us for listening to a live performance of vibraphonist Bobby Hutcherson’s entire Now! album, originally released in 1970.

Blade made a bold choice by omitting that important context until the very end, and he surely knew that while some of his audience might have recognized the compositions, many of the the casual jazz-listener tourists that often populate the club would not. Assuming I was hearing new compositions, I listened intently to an ensemble that was actually infusing an older set of music with an electric and modern energy.

Blade, positioned at the back of the stage, was the most dynamic and expressive performer to watch. His whole body was an extension of his drumsticks, his wiry frame leaning into the bountiful crashes and fills. Right from the start, his charismatic grin and infectious head bob set the tone for the night — it was okay to think and feel, and to have some fun too. While Blade held court in the center, he also gave his fellow players plenty of room to shine. 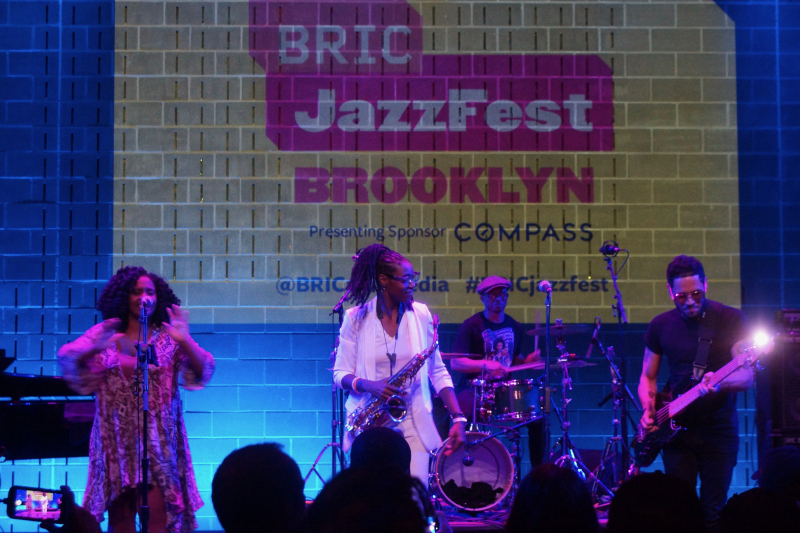 The 4th Annual BRIC JazzFest returned this past weekend to the BRIC House in downtown Brooklyn, with some 24 musical acts over three "marathon" nights, each lasting more than 4-1/2 hours. With their biggest lineup yet, all three nights were completely sold out, leaving people begging tickets at the door. Acts included everything from cabaret to big band, from horn-heavy ear blasting to quiet introspective noodling. And, with three stages going more or less simultaneously, if the music on one stage wasn't doing it for you, you could just go next door.

One of the best things about the BRIC JazzFest is getting to know new faces in the jazz world, and such was the case with alto player Lakecia Benjamin (pictured above), who kicked things off on the mainstage Thursday night. Benjamin is an extremely capable musician, known for her work as a side-woman with Gregory Porter, Stevie Wonder, and Alicia Keys. But with her own group, SoulSquad, Benjamin's outsized, ebullient personality hits you square in between the eyes. Blending James Brown-style funk with straight-up jazz, she had the whole room clapping along. 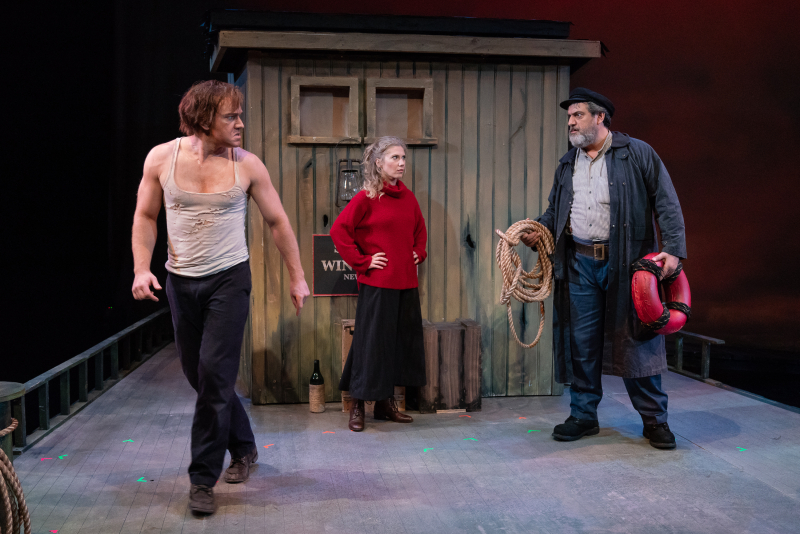 Of all the great American playwrights of the last hundred years, Eugene O'Neill has plumbed deeper and darker into the classic American identity than any other. Yet somehow, his work has not attracted composers who might turn his stage creations into operas. Perhaps they've thought there was little to offer on top of O'Neill's own symphonic and often operatic writing. (Personally, I've long believed that any number of Tennessee Williams's plays would make great operas, but that's another story.)

The Encompass New Opera Theatre is now presenting the world premiere of an opera based on O'Neill's early play Anna Christie at the Baruch Performing Arts Center through this Sunday, 10/21. Anna Christie won the Pulitzer Prize in 1922, but is probably best remembered in its movie version, where Greta Garbo first spoke on screen.