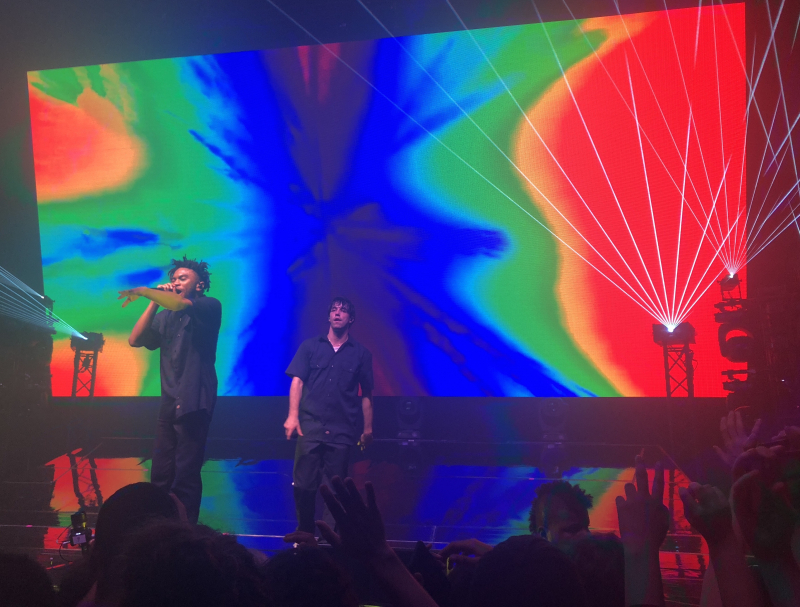 Last week (10/24), Texas hip hop collective Brockhampton swept through NYC, selling out three shows at Terminal 5 and making a guest appearance on The Tonight Show. Calling themselves the ”best boy band since One Direction”, the collective is comprised of 14 members including producers, designers, and no fewer than six vocalists (Kevin Abstract, Matt Champion, Merlyn Wood, Dom McLennon, Russell “Joba” Boring, and Ciarán “Bearface” McDonald) each of whom brings a unique sound to the group, whether it be through rapping, singing, or both.

Brockhampton started their set on a relatively subdued note with “WEIGHT” from 2018's iridescence, their first release on RCA Records, then continued with more upbeat selections from their 2017 albums SATURATION, SATURATION II, and SATURATION III. Gushing enthusiasm throughout the two-hour show, it was clear how passionate both group and the fans are about this music. I've just learned that trumpeter Roy Hargrove died Friday night of complications from kidney failure. He was 49. Hargrove was the first jazz musician I ever saw at a real live venue: at the Vanguard, in 1992. The last time I saw him was outside the Blue Note last year, in a jacket and high tops, looking cool and confident. Shocked and saddened that he has left us tonight, way too soon.

I'll leave it to those who played with and knew him best to talk about what he meant to jazz, and music at large:

Our own coverage of Roy's appearance at Winter JazzFest 2014: https://www.feastofmusic.com/feast_of_music/2014/01/winter-jazzfest-2014-friday-marathon.html 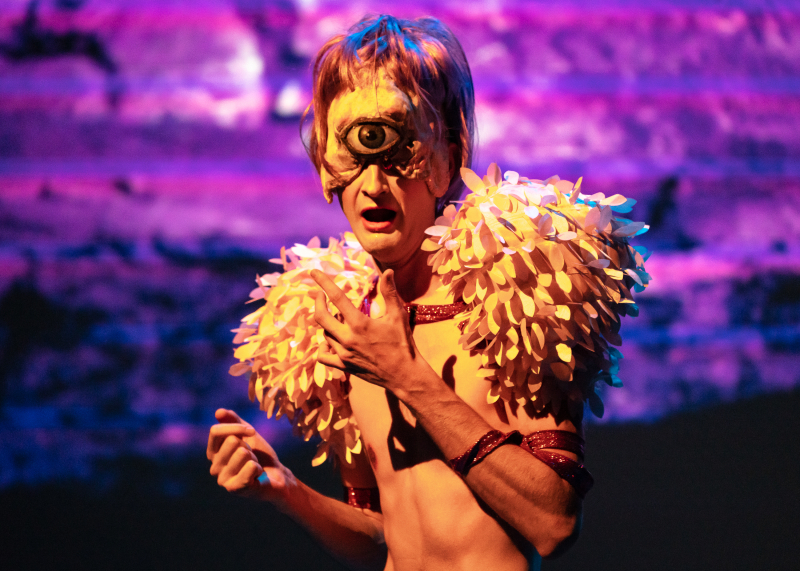 Each fall, to kick off its season, the edgy Heartbeat Opera presents a combination drag and opera extravaganza, which also serves as a fundraiser. This year's production over the weekend at Roulette was called "Dragus Maximus: A Homersexual Opera Odyssey," directed by co-artistic director Ethan Heard and conceived with co-artistic director Louisa Proske.

Drae Campbell was Homer, who was the narrator for the evening. Peregrine Teng Heard (Ethan's sister) was the voiceover of Aphrodite, goddess of love, who guided and prodded Homer on his adventures encountering various mythological beings, each of whom sang an aria from an opera with some kind of connection to the action. Later in the show, Aphrodite was personified on stage by Wo Chan (also known as the drag performer Pearl Harbor).