The New York Philharmonic rounded out the year with a sold-out performance of John Williams' score for the 1990 film Home Alone, part of the Phil’s ongoing “Art of the Score” series. It was the New York premiere of the live score (the original film soundtrack was performed by the Boston Pops Orchestra), and the Philharmonic’s emotionally stirring performance made this a special and memorable holiday evening at David Geffen Hall.

The concert commenced with a pleasant surprise: a rousing performance of the snare-drum heavy 20th Century Fox fanfare, eliciting cheers and chuckles from the unsuspecting audience. In the opening title sequence, the cue “Somewhere in My Memory” showcased the full capabilities of the orchestra, including some less-common instruments like tam-tams, tinkling bells and the celeste, the keyboard instrument famously heard in another holiday classic: the Dance of the Sugar Plum Fairies from Tchaikovsky’s Nutcracker.

Williams’ motifs convey childhood innocence, as well as a playful, mischievous quality. The Philharmonic deftly navigated those capricious mood changes under the hand of conductor Constantine Kitsopoulos. The string basses plucked pizzicatos in perfect unison, the French horn soared with longing, and the string section played with the phrasing and swell of a classic Hollywood film score. Emotions were high before the movie had even started.

"The Carnival of the Animals" at the Miller Theatre 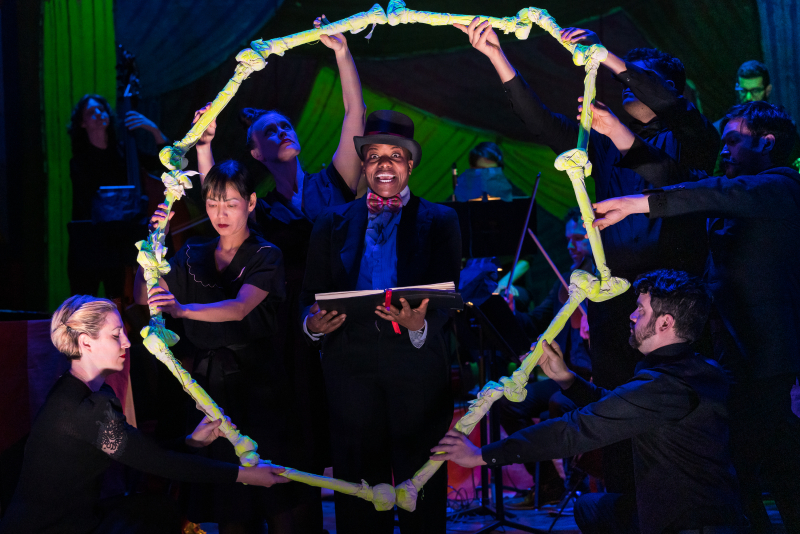 The Carnival of the Animals, a fanciful suite of brief musical portraits of different animals, was composed in 1886 by Camille Saint-Saens as a way to avoid working on his more serious "Third Symphony" for organ. The work may have started out as a diversion, but Saint-Saens had so much fun writing it, he couldn't stop himself. Aside from private concerts held for his friends, Saint-Saens refused to let the music be published during his lifetime, except for one brief passage - the Swan, which is considered one of the most beautiful solos for cello ever written - for fear that his stature as a composer would be tarnished by being associated with such light, transient music. Ironically, Carnival of the Animals has become perhaps Saint-Saens' best-known work.

There are 14 parts profiling different animals, starting off with lions and ending with a swan, with a finale including all. Not all of the music is original. For example, Saint-Saens used the famous high-energy Can-can music from Offenbach's operetta Orpheus in the Underworld, but slowed down to a humorous pace to depict slow-moving tortoises. Many modern audiences perk up suddenly at the "Aquarium" section depicting fishes, because it eerily sounds like Hedwig's theme song for the Harry Potter movies (and John Williams has admitted this was a source of inspiration).

The Miller Theatre at Columbia University presents a rich and widely varying program of musical offerings each season, including one of 2018's musical highlights: the new opera Proving Up by Missy Mazzoli and Royce Vavrek. For the holidays, Miller presented what is fast becoming a yearly tradition of The Carnival of the Animals, featuring a marvelous 10-person orchestra under musical director Laura Barger and six skilled puppeteers in a production designed and directed by Lake Simons.

Continue reading ""The Carnival of the Animals" at the Miller Theatre" »