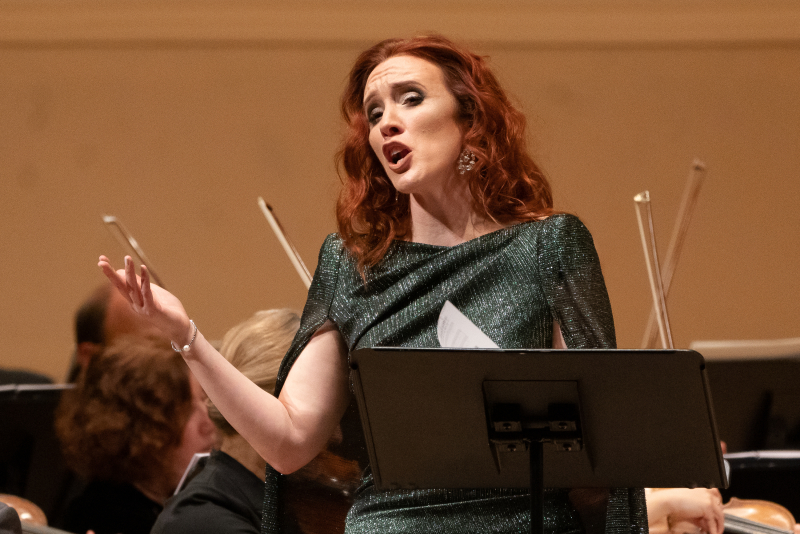 The conductor Leon Botstein has led the American Symphony Orchestra for more than 25 years, and has developed a reputation for championing works that have sometimes been neglected by other maestros. This past Friday at Carnegie Hall, Botstein conducted the American premiere of Bohuslav Martinu's surrealist opera Julietta, which received its world premiere in 1938 in Prague. It is based on the French play Juliette, ou La cle des songes ("The Key of Dreams") by Georges Neveaux.

Botstein strongly believes that the opera is a lost masterpiece which deserves to be a part of the modern repertory, and certainly the opera has a lot to offer. Long criticized for its "episodic" music, which jumps sometimes from style to style and at times feels a little jittery, the score actually does not seem out of place in today's contemporary music scene. So, maybe Martinu was just ahead of his time.

The basic story line concerns Michel, a bookseller from Paris who three years earlier had somewhere heard a woman's voice singing that has haunted him ever since. One day he decides to go in search of the voice, and he finds himself in a seaside town where all the people living there have lost their memories. They live perpetually in the present and have no recollection or appreciation of the past. When Michel tells a policeman that he can actually remember all the way back to his childhood--a toy duck he owned--the policeman congratulates him on his extraordinary memory and proclaims that by virtue of that memory the townspeople will make him the Captain of the town. Michel is naturally bewildered by this strange town, and only more so when some hours later Michel meets the policeman again, except now he is a mailman and he cannot remember his meeting Michel earlier or his vow to have him be the leader of the town.

Numerous comical episodes like this ensue, and at times the town seems like a mixture of the Marx Brothers and Franz Kafka. In a concert version such as this one, it was hard to imagine how this might be presented had it been staged, but one can easily picture a phantasmagoric setting for the opera to play out in. 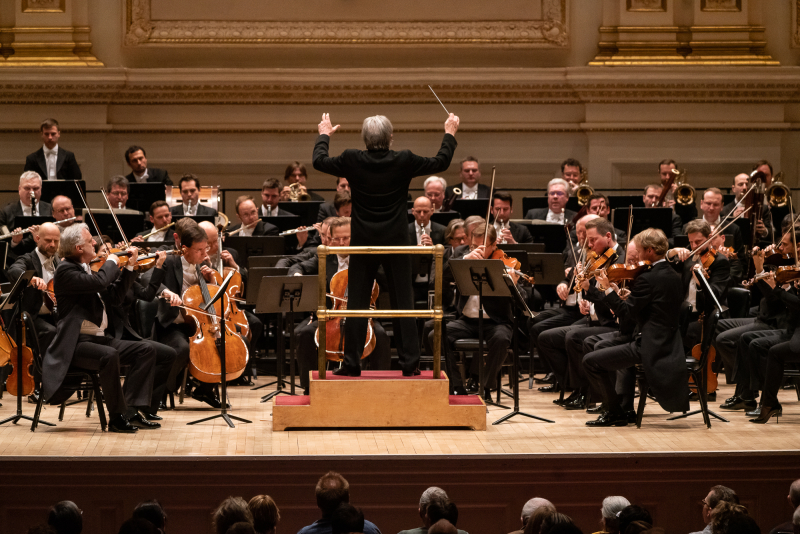 The Vienna Philharmonic Orchestra was at Carnegie Hall recently for a four-concert stand featuring works by Beethoven, Brahms, Mozart, Ives, and Mahler, under the batons of Adam Fischer and Michael Tilson Thomas. The final night featured Gustav Mahler's last finished symphony, the Ninth Symphony, which actually was premiered by the VPO back in 1912, with Bruno Walter at the podium. It did not receive its premiere in the United States until 1931 in Boston. It is a work every bit as unsettling, mysterious, and mind-blowing today as it must have been when it first was played at the beginning of the twentieth century, just before the First World War engulfed Europe. Mahler was not particularly revered as a composer at that time, though he enjoyed some renown as a conductor, and part of the story surrounding the Ninth was that Mahler never heard it performed, since he died of heart disease at age 50 in 1911.

“In it something is said that I have had on the tip of my tongue for some time,” he wrote to Walter in 1909. For many, the symphony is haunted by themes of death. Mahler's 4-year-old daughter had died of scarlet fever a couple of years before the work was composed, and he himself was first diagnosed with heart problems shortly thereafter. On top of that, he had written Kindertotenlieder, a song cycle on the theme of children's deaths based on poems by Friedrich Ruckert written in the early 1830s after Ruckert's own two children had died of scarlet fever as well. (By a strange coincidence, Kindertotenlieder was also performed here in the city last week by the opera singer Lucas Meachem at the Crypt Sessions, who performed with his wife Irina at the piano. They are expecting their first child in a number of months. A post about that concert will appear here soon.) 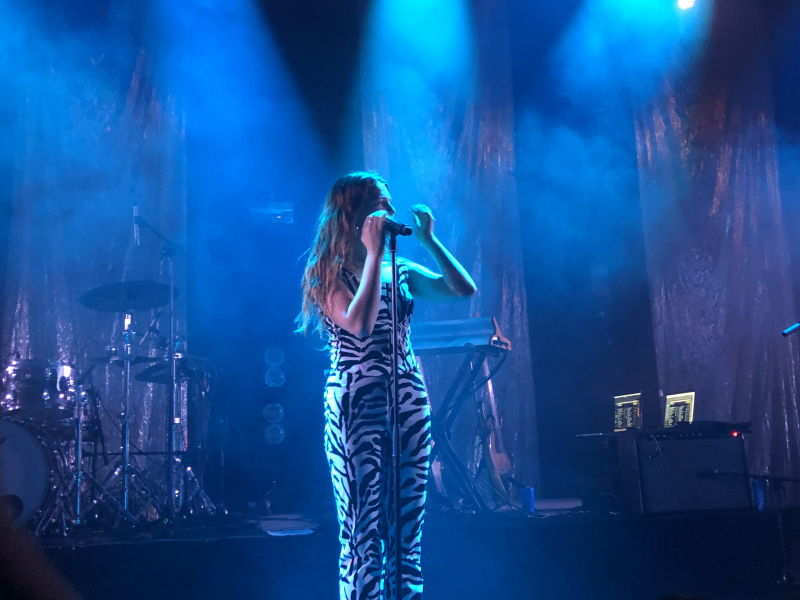 PARIS, FRANCE - While in Paris two weeks ago (Feb. 22), I had the good fortune to see singer-songwriter Maggie Rogers perform at La Gaîté Lyrique. Rogers was discovered by Pharrell Williams at a master class at New York University less than three years ago, and her unique art pop sound has quickly made her a star. Her singles “Alaska” and “Light On” have only elevated her fame, landing her a spot on Saturday Night Live back in November. I had previously seen Rogers perform at the Governors Ball back in June, and I was excited to see that she was back on tour with new music.

For starters, La Gaîté Lyrique (like most of Paris) is stunning. The white entrance hall is lined with grand staircases and pillars, and was colored only by the neon pink and purple lights filling the space. The performance room itself was a very open general admission concert hall, with a bar and merchandise table located outside. If you’re ever in Paris, I would highly suggest catching a show there.

The opener was Grace Shaw (better known as Mallrat), an Australian singer-songwriter, backed by her DJ, Denim. I was previously unfamiliar with Shaw, whose music is dreamy electro-pop, but I enjoyed the set nonetheless. Playing several of her singles, such as “Groceries” and “UFO”, Shaw provided a relaxed start to the night, with just the right amount of energy throughout her performance to get the crowd excited for Rogers.