Lincoln Center Out of Doors (Americanafest): Yola and Patty Griffin 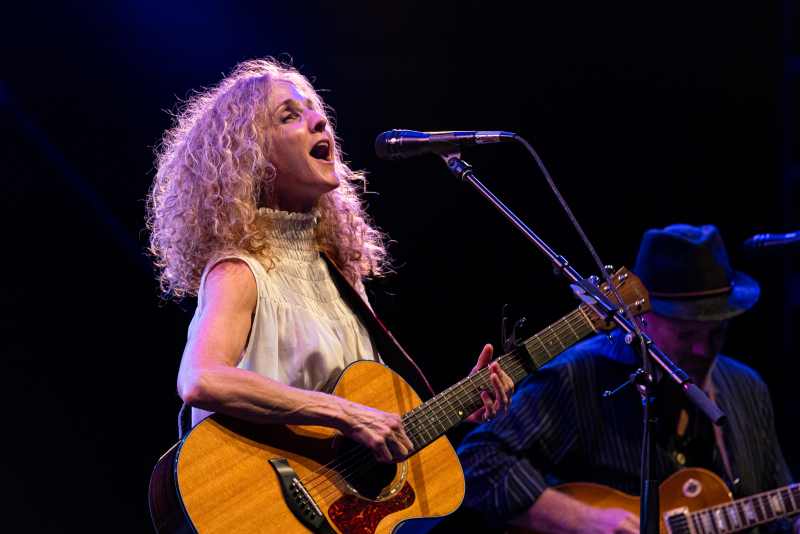 The Lincoln Center Out of Doors season ends each year with the "Roots of American Music Weekend: Americanafest," sponsored by the Americana Music Association. Saturday night's concert featured Patty Griffin, a folk singer originally from Maine now living in Texas, and Yola, an emerging country-soul singer from Bristol, UK.

Griffin has been recording for over 20 years, and her 10th album, the self-released Patty Griffin, came out in March. For those unfamiliar with Griffin, the closest comparison I can make is Emmylou Harris, but that comparison only goes so far. There are strong undercurrents in Griffin's music that derive from traditional Irish and Scottish music, and even when her lyrics aren't overtly religious, there's a gospel truth to many of her songs. Indeed, she's been nominated four times for a Best Folk Album Grammy Award and has never won; she's won two Grammys in the Gospel category.

Griffin and her small but resourceful backing band played a long set that satisfied fans and won over new converts, on one of the most gorgeous nights of the summer. If only New York weather could always be like this! She got the crowd on her side early on with "Boys from Tralee" from the new album, about Irish immigrants who were able to find safe haven and a new life in America - a non-oblique reference to the immigration crisis on the U.S. southern border.

Other songs touched on her recent battle with breast cancer and other goings-on tangentially from her life, but Griffin is not a purely autobiographical singer like many folk singer-songwriters. Instead, she finds universal truth in her own experience, which is why people feel such an affinity for her music.

"desi:NOW" at Lincoln Center Out of Doors 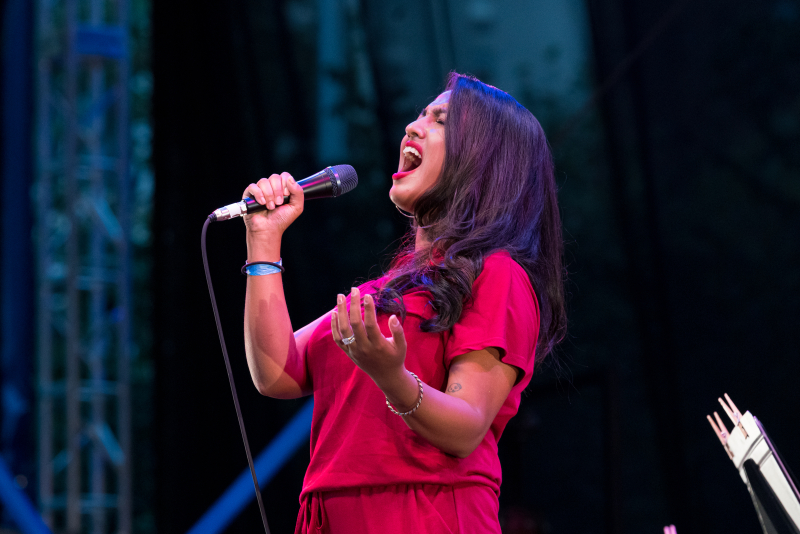 A desi is "a person of Indian, Pakistani, or Bangladeshi birth or descent who lives abroad." You can include Sri Lanka too.

On Sunday night, in a program hosted by Reena Ninan from CBS News, Lincoln Center Out of Doors presented a survey of some contemporary South Asian performers in a program called "desi:NOW" in Damrosch Park.

New York is no stranger to "traditional" performances from the Indian subcontinent, from Kathak, Odissi, and Bharatanatyam dance to sitar and tabla music, but the presence of contemporary performers who often blend these traditional forms with more modern forms such as hip hop/urban dance and rap music are far less known.

The evening kicked off, literally, with Project Convergence, who combined Bharatanatyam dance and tap dancing. At some point in the past this may have seemed like a crazy idea, but it worked more effectively than you might think, and with American Ballet Theater experimenting last year with integrating similar forms into its repertoire (via Michelle Dorrance), the idea of fusing dance forms just seems to be a sign of the times.

Continue reading ""desi:NOW" at Lincoln Center Out of Doors" » 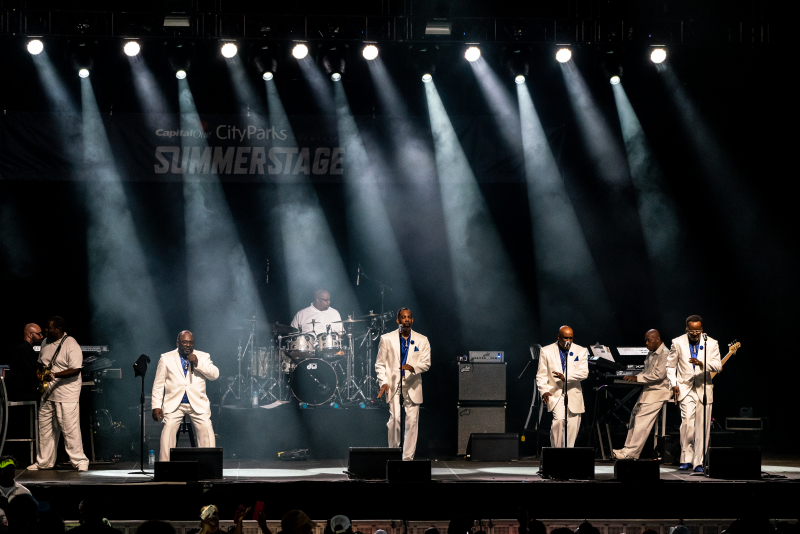 The SummerStage program run by the City Parks Foundation presents a wide variety of (mostly) free performances throughout the summer in all five boroughs. And in Brooklyn, what says "summer" more than Coney Island? The enormous open-air Ford Amphitheater (5000 seats!) along the Boardwalk a couple of blocks past the stadium where the minor-league Brooklyn Cyclones play baseball was recently the host for an oldies-but-goodies show called "The 70s Soul Jam" featuring the Manhattans (known here as Sonny Bivins' Manhattans, due to a 2018 court ruling about the name), the Stylistics, and Harold Melvin's Blue Notes.

The emcee, Fred"Bugsy" Buggs, a radio personality at WBLS-FM, told the crowd: "If you were born in the 1970s, these guys probably helped bring you here," later calling it "baby-making music."

The 1970s was a time of striking transition in popular music. The generally short, upbeat, radio-friendly pop hits of the 1960s was giving way to strong inroads from disco, funk, punk, and jazz, and would see the roots of hip hop which would influence the next several decades, just as the roots of rock & roll in the 1950s had set the table for the decades following then.

But while ABBA, Fleetwood Mac, Donna Summer, and others were the common face of the decade, there were lots of groups pumping out ear-friendly soul music. Especially what was called "the Philadelphia sound," created by the songwriting and production of Kenny Gamble and Leon Huff whose Philadelphia International Records became a sort of rival of Motown Records.