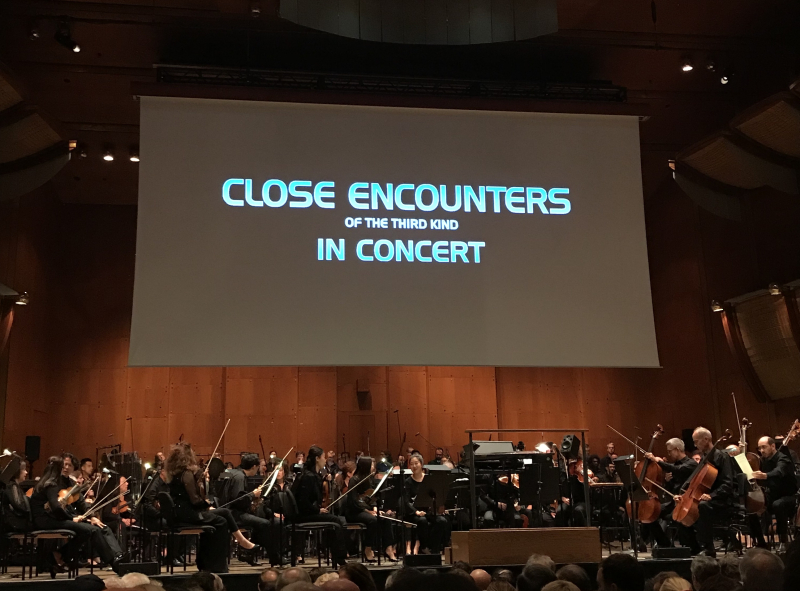 The New York Philharmonic delighted enthusiastic crowds at Lincoln Center’s David Geffen Hall two weeks ago with the return of its popular “Art of the Score” series, in which classic films are presented with live orchestral accompaniment. This year's "Art of the Score" featured John Williams’ music for Stephen Spielberg's Close Encounters of the Third Kind and Bernard Herrmann’s score for Alfred Hitchcock's Psycho. The scores are starkly different — Close Encounters is grandiose, Psycho intimate and cerebral - but each has firmly cemented its place in American popular culture.

Close Encounters calls for a large orchestra, including a massive battery of percussion that includes tuned metal, tam-tam, anvil, and tuned logs. It also features choral music (performed here by Musica Sacra), which heightened the film’s drama by juxtaposing tone clusters and heavy vibrato with calm and airy long tones. Musica Sacra's dynamic performance underlined the human qualities that have made this film resonate with audiences for decades.

The Philharmonic’s percussionists injected the performance with adrenaline. Sections of murmuring, dissonant strings were punctured by thunderous percussion hits and slams. Among all of the rich and layered performances, principal tubist Alan Baer may have had the greatest weight on his shoulders: namely, the famous five-note "doorbell" motif that the alien spaceships emit as communication. Fortunately, Baer rose to the occasion with sparkling tone and joyful exuberance. Each note rung out through the hall, showcasing the surprisingly decent acoustics of Geffen Hall.