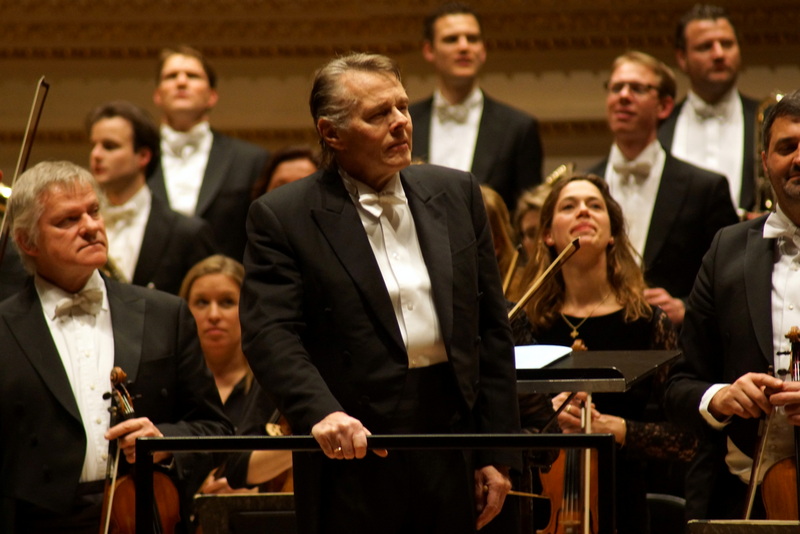 A couple of days late on this, but just learned that Latvian conductor Mariss Jansons died Sunday at his home in St. Petersburg, after many years of on-and-off health issues. He was 76. Famed for his passionate, intense interpretations of the music of Brahms, Strauss, Mahler and more, Jansons was one of the most revered conductors in the world, regularly leading the Vienna and Berlin Philharmonics, the Royal Concertgebouw Orchestra (of which he was music director from 2004-15) and the Bavarian Radio Symphony Orchestra, which he led from 2003 until his death. Indeed, just last month, Jansons heroically led the BRSO in a program of Strauss and Brahms at Carnegie Hall, in what turned out to be his final concert. (He canceled a scheduled second concert the following night due to his illness.) Thanks to WQXR, you can hear the full concert below.

I was fortunate to catch Jansons' magic early on, while he was music director of the Pittsburgh Symphony Orchestra from 1997-2004. In Pittsburgh, he was simply known as "Mariss", with the same rock star status normally reserved for its championship football and hockey players. If not quite as old school as Georg Solti or George Szell, Jansons had exacting standards, and was as demanding on his players as he was on himself.

“Nothing was ever good enough,” Pittsburgh Symphony senior vice president of artistic planning Robert Moir told the Washington Post in 2013. “It was a constant quest for that impossible, elusive perfection. No matter how blazingly outstanding the performance was — and they all were; I don’t remember a bad concert in the time he was here — I don’t remember him being satisfied.”

Jansons brought energy and deep humanity to the music of Tchiakovsky, Shostakovich - and, above all, Beethoven. I'll never forget his final concert at Heinz Hall, where he conducted a towering Beethoven 9th and was showered with rose petals as he exited stage left for the last time. Fortunately, I had several more opportunities to hear him in New York, as Carnegie's Clive Gillinson made sure he appeared here every season with one of the above mentioned orchestras. A difficult, deeply felt loss.

Times obit here. A tribute from Clive Gillinson here. More from his 2013 concert with the Royal Concertgebouw at Carnegie here.