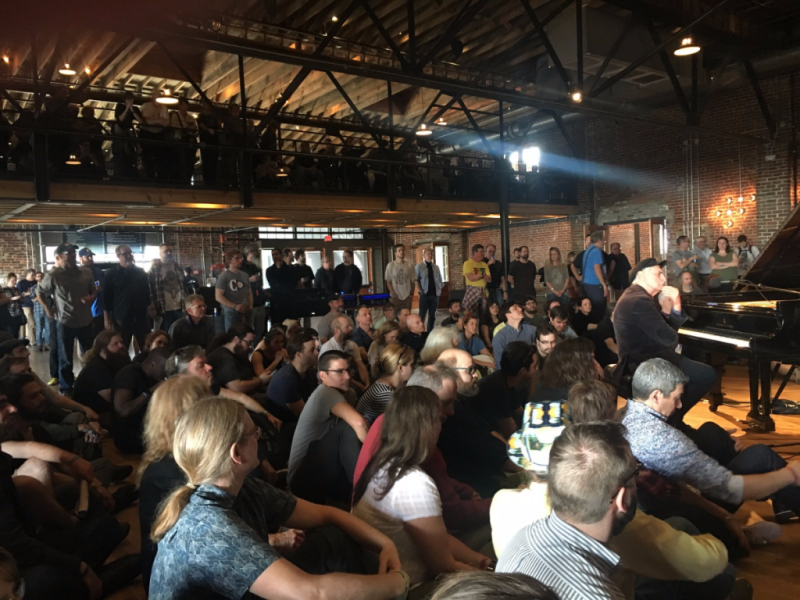 I never met Frederic Rzewski, who died on Saturday at the age of 83, but appreciated his passionate, politically-charged music, which I had the chance to hear multiple times here in New York before finally seeing him perform in Knoxville four years ago at the Big Ears Festival. A brilliant pianist and composer with a subversive bent, Rzewski wrote several works which have secured their place in the 20th century canon, including Coming Together (1971) and The People United Will Never be Defeated! (1976). (Times obit here.)

Most remembrances of Rzewski have been fond, like composer Ken Ueno's (b. 1970):

"Over the years, reflecting back on my time with Frederic, he seems more and more like a prophet...He would expound on the imminent demise of American capitalism – he often asked me about how things were in the US. I don’t always realize how much he influenced me - he seemed more like a cool uncle I was hanging out with than a teacher - but I see it now and feel lucky I was to be able to spend so much time with him. RIP brave revolutionary, sir!"

But Rzewski's legacy is now complicated due to revelations concerning his offstage conduct, most of which has never been widely reported. California-based composer Jen Wang (b. 1980) has been particularly candid about Rzewski's unsavory behavior on Twitter - mostly his harsh or dismissive treatment of younger composers - which was quickly corroborated by several other first and secondhand accounts. Wang is keenly aware that such accusations smack of "cancel culture", but clearly feels the possible damage done to up-and-coming musicians far outweighs any hits to Rzewski's reputation. And she wants to level the field.

"Rzewski barely affected me," Wang says, "but seeing the way people responded to him—how much leeway a composer who's thought of as brilliant gets in terms of behavior; how little concern is given to people with less power—made me see things about new music that I wish I hadn't seen."

Wang herself points out that remembrances of Rzewski's life and career are split along generational lines: one person's "grumpy" is another's "abusive"; “flirtatious”behavior is now seen as “harassment.” (As of yet, Rzewski hasn't been accused of anything beyond some awkward hitting on female musicians.) Seen against the panoply of recent bad behavior among conductors, composers and musicians, Rzewski's conduct seems pretty tame from my perspective - unlikable yes, prickly yes, but far from criminal.

The record of obnoxious behavior among composers is legion: Beethoven was a drunk who screamed at anyone that disagreed with him, Wagner was a womanizer and virulent anti-semite, Stravinsky was notoriously short with musicians and conductors. Hell, I even saw Steve Reich act like a jerk to Lou Reed once, for no good reason. But we still listen to, and are presumably moved by their music. Newsflash: artists aren't always warm and fuzzy creatures, not because they go out of their way to be difficult, but because they don't really give it a second thought.

I'm not apologizing for Rzewski's admittedly questionable behavior. But, at the same time, it seems a bit unfair to dump on someone who isn't around to defend themselves anymore. (Wang says she's been talking about Rzewski on Twitter for years, with minimal response until now.) As for me, I'll be happy to continue listening to his music - assuming there's anyone still willing to perform it. 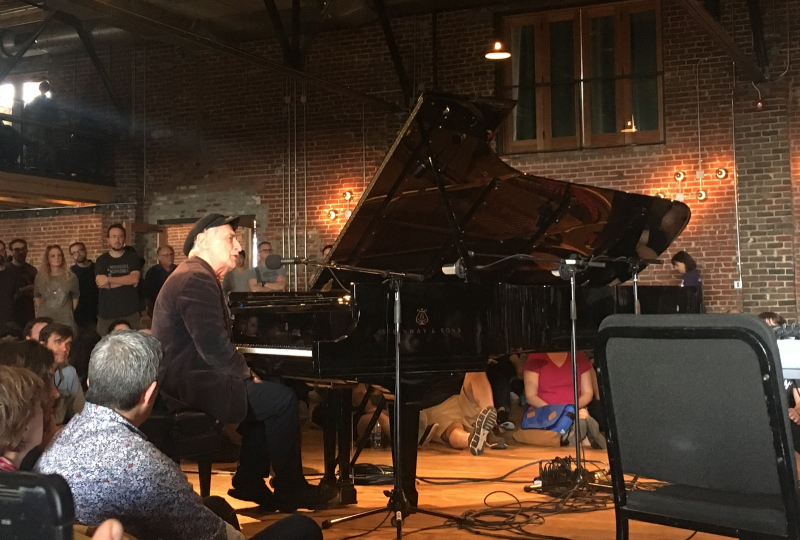