The Boston Symphony Orchestra Returns to Live Performance at Tanglewood 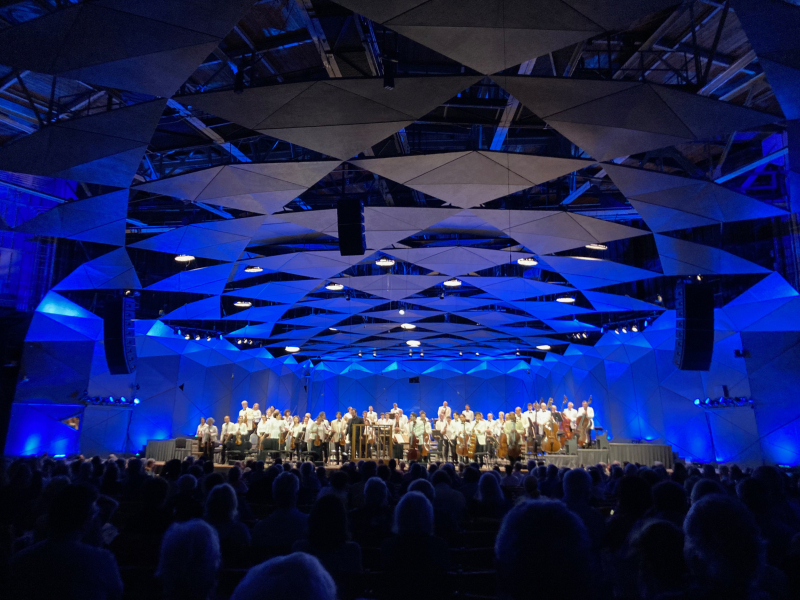 STOCKBRIDGE, Massachusetts - On a fairly unremarkable Tuesday in March 2020, I decided at the last minute to go see the NY Phil and Louis Langrée perform a concert at David Geffen Hall that included Debussy's Nocturnes and Prelude to the Afternoon of a Faun, Scriabin's explosive Poem of Ecstasy, and Ravel's mystical Shéhérezade (with the captivating mezzo-soprano Isabel Leonard.) The Phil played to their usual high standard, nbd.

Little did I know that would be the last live concert I'd see the Phil - or anyone - perform for sixteen months.

Suffice to say: it's been a rough year-and-a-half all around. Aside from the horrifying human toll that COVID-19 has taken, countless musicians and performing artists lost their livelihood, scrambling to find other ways to pay their bills while keeping up their musical chops without anywhere to play (aside from parks, porches, and the occasional online gig.) No doubt more than a few hung up their guitars, saxophones, and concert dress for good.

For those that managed to stick it out, a nagging question remained: how would they sound? Is it fair to expect musicians coming off a year-and-a-half layoff to play as well as we remember? (Not to mention, would I remember how to write about them??)

For orchestras, which rely on the interplay of 70-100 highly skilled musicians all carefully listening to one another, the return of live performance seemed daunting to the point of impossibility. How could such a huge collection of individuals possibly play with any texture or nuance after having been apart for so long? Sure, there have been streaming concerts, with orchestras playing in empty halls, socially distanced from one another. But it's one thing to perform in front of a camera, another to play before a live audience. Less than a week following the death of Frederic Rzewski, on Thursday we lost Dutch composer Louis Andriessen at the age of 82. One of the most influential composers of the past half-century, Andriessen was largely responsible for introducing minimalism to Europe, though he later expanded his palette to works of great color and complexity. I had the chance to hear his music multiple times over the past twenty years, including an outdoor performance of Workers' Union during 2008's Make Music New York, a 2010 performance of Die Staat by Carnegie's Ensemble ACJW and John Adams, and a double bill of his operas Anais Nin and Odysseus' Women at National Sawdust in 2016.

But for me, the high water mark was 2018's Agamemnon, which the NY Phil commissioned for Jaap van Zweden's first year as Music Director. Agamemnon was Andriessen's first work for large orchestra in decades, filled with militaristic brass and heavy percussion. It was bold, loud, often terrifying. The work was the centerpiece of a week-long festival of Andriessen's music presented by the Phil; in addition, he was the Debs Composer Chair at Carnegie Hall and was a frequent collaborator with Bang on a Can, who considered him both a mentor and kindred spirit:

"As he did for young composers everywhere, he welcomed us, he taught us, he gave us a glimpse into a world in which a composer could be open to radical innovation, open to challenging music’s social place and power, open to building a community of composers and musicians who cared about each other, listened to each other, and helped each other.  We learned so much from him." 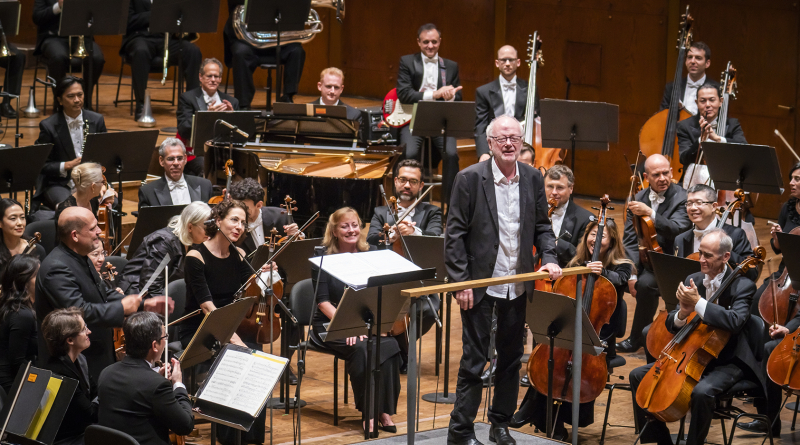