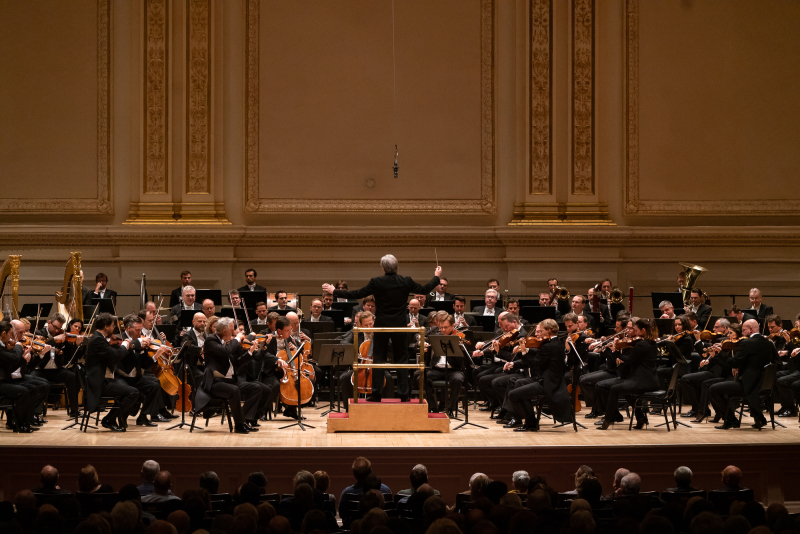 It's been three years since the vaunted Vienna Philharmonic has been to NYC - in pre-COVID times, they came here each year - but they'll be back this weekend with three concerts at Carnegie Hall. Dodging certain protests with the last-minute cancellation of Russian conductor Valery Gergiev - a known ally of Russian President/Dictator/Asshole Vladimir Putin - the concerts will instead be led by Met Opera and Philadelphia Orchestra director Yannick Nézet-Séguin, in between rehearsals of Don Carlos at the Met.

Not the best timing with current events, but there will be a heavy-Russian theme to the three programs. Friday's concert - which will be live streamed by WQXR - features Rachmaninoff's Symphony No. 2 and 2nd Piano Concerto (to be performed by Berlin-based pianist Seong-Jin Cho after Dennis Matsuev - another Putin partisan - also cancelled.) Saturday night's concert brings Rimsky-Korsakov's Scheherazade alongside music by French Romantics Debussy and Ravel. And Sunday's matinée will offer Prokofiev's Romeo and Juliet and Tchiakovsky's 6th Symphony. Is it possible to separate art from real life? We'll see.

Tickets for all three concerts are available at the box office and online. 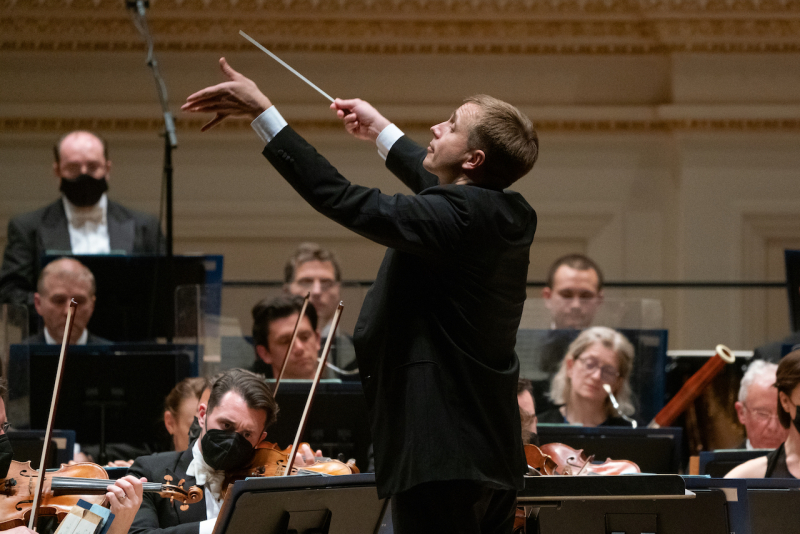 The Royal Philharmonic Orchestra ended its most recent tour of the U.S. with a visit to Carnegie Hall on Monday night. Appropriately enough, it was an all-British program: Britten, Elgar, and Holst. I half-expected to see Union Jacks hanging from the balconies and tea carts being rolled up and down the aisles. Crumpets, anyone?

But, not all was British. The RPO's newly appointed Music Director, Vasily Petrenko, was on the podium, having succeeded Charles Dutoit who resigned in 2018 after charges of sexual misconduct. Born and raised in Russia, the 45-year-old Petrenko - whose wife Evgenia is also a conductor - became a British citizen in 2015. He opened the evening by speaking warmly to the audience from the stage, a far cry from how most top conductors walk onstage, bow to the welcoming applause, then abruptly turn their backs. (There are, of course, notable exceptions, including Michael Tilson Thomas and Yannick Nézet-Séguin.)

Britten’s 1945 opera Peter Grimes is a dark and moody work about a fisherman suspected of murder. The orchestra played the “Four Sea Interludes” from the opera: “Dawn,” “Sunday Morning,” “Moonlight,” and “Storm.” The evocative music showcased the RPO's many strengths, particularly its string section.