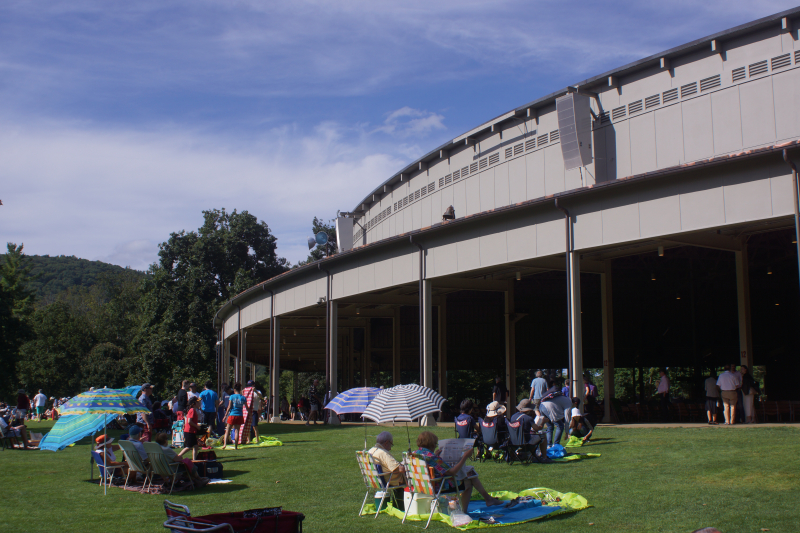 (all photos by Pete Matthews)
In addition to all of the summer music happenings in NYC, things are finally getting back to normal at the festivals and amphitheaters out of town, many of which have been dormant - or half-baked - for the past two years. Here are some of the things worth a trip:

Bard SummerScape (June 24-Aug. 14) Among this year's offerings at Bard's Fisher Center is Richard Strauss' rarely performed comic opera The Silent Woman (July 22-31) and the 32nd annual Bard Music Festival (Aug. 5-14), dedicated to the music of Sergei Rachmaninoff. In the Spiegeltent, which is back open for the first time since 2019, offerings include Nona Hendryx (July 1), the George Gee Swing Orchestra (July 10) and roots rocker Martha Redbone (July 30).

Glimmerglass Festival (July 8-Aug. 21) The northeast's leading summer opera festival presents both the tried and true (Carmen, The Sound of Music) and the new (The Jungle Book, Taking Up Serpents/Holy Ground, The Passion of Mary Cardwell Dawson) on the shores of Lake Otsego, just down the road from the Baseball Hall of Fame. 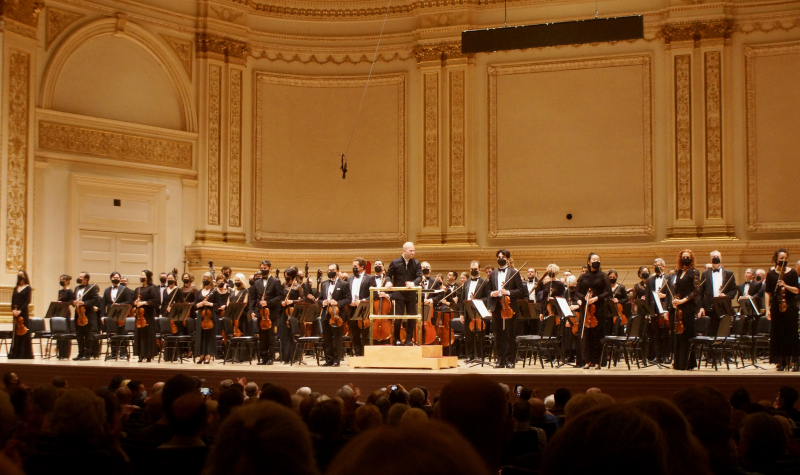 Life has never been easy being a member of the MET Orchestra, the concert stage orchestra of the Metropolitan Opera. For 33 weeks a year, these 120 musicians - widely considered to be the finest opera orchestra in the world - toil anonymously in the opera pit, playing eight performances each week of everything from Donizetti to Brett Dean. But, much like the Vienna Philharmonic, which draws its members from the Vienna State Opera, the MET Orchestra emerges for a precious few evenings each season to appear onstage, demonstrating how their virtuosity extends to the symphonic repertoire. To my ears, they are hands down the best orchestra in the Western Hemisphere (sorry, NY Phil.)

But, as difficult as life is normally in the MET Orchestra, things got a whole lot harder after COVID-19 shut down the opera house in March 2020. After cancelling the remainder of the season, and then the entire 2020-21 season, General Manager Peter Gelb essentially locked out the orchestra, refusing to pay them in a bitter dispute that lasted for more than a year. The musicians were left to fend for themselves, playing chamber concerts in parks and churches streamed on demand for a fee, and depending on donations and other contributions to keep them afloat.

Aside from a pair of benefit concerts in May 2021, when 50 orchestra musicians traveled to Texas to perform with the Dallas Symphony Orchestra, the full orchestra didn't play together as one until their triumphant performances of Mahler's 2nd "Resurrection" Symphony at Damrosch Park last September - a layoff of some 18 months. They followed that up the following week with a performance of Verdi's Requiem on the 20th anniversary of 9/11; the only other time the MET Orchestra would appear onstage this season was the special Benefit for Ukraine in March that included Barber’s Adagio for Strings, Strauss’ Four Last Songs, and the choral finale to Beethoven’s 9th.

Finally, after a very full season of some 22 operas at the Met, the MET Orchestra returned to the limelight of Carnegie Hall last night for the first time in three years. They were led by Music Director Yannick Nézet-Séguin, who's been just about everywhere this season, including stints conducting the Vienna Phil and Bavarian Radio Symphony Orchestra on tour, not to mention his full time jobs at the Met and Philadelphia Orchestra. The crowd roared its appreciation when the orchestra rose at Yannick's request.

Richard Strauss' Don Juan was the ideal showcase for this remarkable orchestra. The strings were taut and crisp, the percussion explosive, the horns perfect. Clearly, this is an orchestra that can play anything - and play the shit out of it. 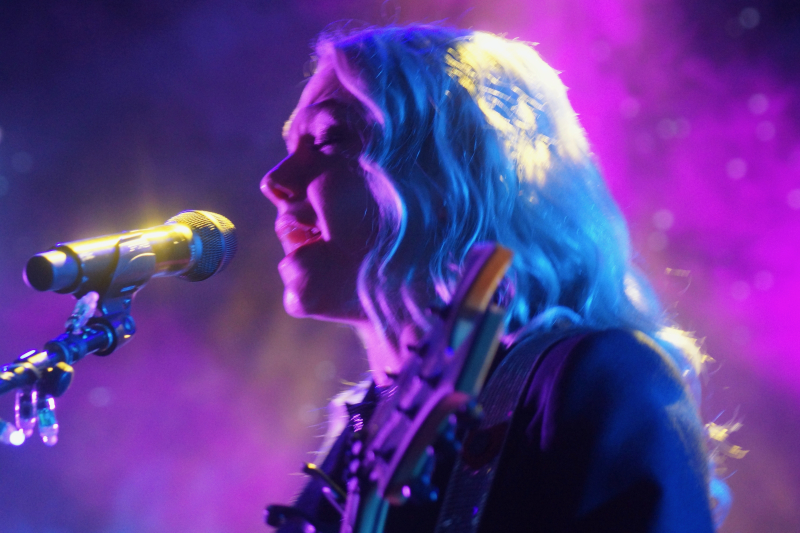 Indie folk singer-songwriter Phoebe Bridgers played the first of two sold out benefit shows last night at BRIC Celebrate Brooklyn! The massive crowd - mostly female teens and tweens - sang along to all of Bridgers' upbeat hits, including "Motion Sickness" and "Kyoto", while quietly listening to her more somber "dirges", such as "Funeral" and "Moon Song." This tour is in support of Bridgers' sophomore release, "Punisher" (2020), delayed by two years because of the global COVID-19 pandemic.

"A true ego death is putting out an album and not being on tour," Bridgers told Rolling Stone last month. "I didn't realize how much I relied on people screaming at me every night. It's just super-weird."

Among those in Bridgers' tight backing band was the versatile violinist Rob Moose, who has lent his talents to dozens of new music and indie projects over the past decade, trumpeter JJ Kirkpatrick, and drummer (and frequent collaborator) Marshall Vore.

L.A. girl pop trio MUNA - who are signed to Bridgers' label, Saddest Factory Records - got the crowd going with their own high-octane set. Bridgers joined them onstage for their hit "Silk Chiffon," which Bridgers co-wrote and performs with them on the release.

Tickets for tonight's show are available on the resale market here. Setlist and photos below.